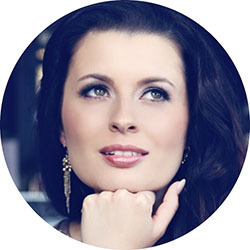 Ms Lambourn began studying piano at the age of 3 and a year later began cello lessons.  Whilst a high school student, she studied singing, piano, cello, and composition at the Queensland Conservatorium Music School. Ms Lambourn performed her first operatic role at the age of 15 when she performed Dido in the Somerville House production of Dido and Aeneas.

Ms Lambourn has performed in Australia, Germany, England, Italy, France, New Zealand, Japan, Indonesia and has given several concert tours of China, including a concert in the Great Hall of the People in Beijing, which was broadcast on national television. On her return to Australia, Ms Lambourn has performed regularly with Opera Australia and the state opera companies. On the concert platform, she has performed with all of the Australian symphony orchestras, including concerts conducted by Vladimir Ashkenazy and Sir Andrew Davis.

Ms Victoria Lamburn was honoured with the 2018 Principal’s Award for her contribution to music.

If you know a fellow Inspirational Old Girl you would like to see featured on our portal please email us connect@somervillehouseoga.com.au