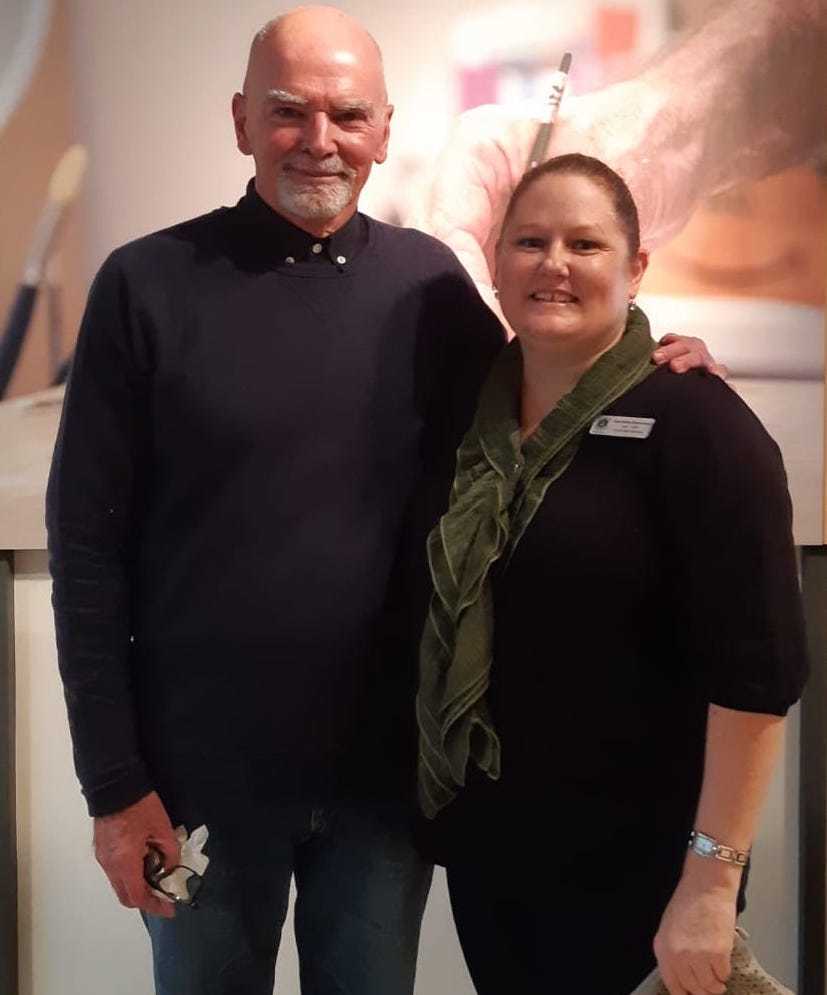 Over 30 years ago, Mr John Honeywill stood in front of my class and wrote his name on the board. It was the first week of high school for Grade 8A, and my first year at Somerville House. I think most of us were intrigued by this Art teacher who was kind of cool-looking and somewhat younger than many of the teachers we had already been introduced to. Mr Honeywill looked at us that day, all timid in our new bright green uniforms, and decided we probably needed shaking up a bit. He set out to do just that.

Grade 8 classes were not allowed to use lino-cutting tools because it was deemed too great a risk for the inexperienced young hands using them. Our class did lino cutting as one of our first projects. Mr Honeywill explained to us that we were the “trend-setters”. At each Art lesson he reminded us that we had to be very careful to keep our hands behind the tools, because if anyone injured themselves while using them we would go down in Somerville ouseHHouse history as the last Grade 8 Art class to do lino cutting. I’d like to say that the art we collectively produced with our new lino printing skills was something that sticks in my memory, but all I really remember is the impression Mr Honeywill made on that fresh-faced group of students.

About five of my 8A classmates went on to study Art right up until Grade 12 (approximately a quarter of the Senior Art cohort) and I believe John Honeywill had a major part to play in that. Three of my close friends were members of that group, so I spent many lunch hours socialising with them in the Art Room through Grades 11 and 12. Senior Art students worked on their projects while the radio played, random friends ate lunch and Mr Honeywill went about his work in the background, offering advice on the pieces that the students were working on whenever he could. It was a very special atmosphere he created in that light-filled room.

Fast forward to 2019 and John Honeywill is the first of five contemporary Australian artists invited to take part in the new Open Studio project at the Queensland Art Gallery. The initiative was launched on 8 June and Mr Honeywill’s still-life paintings, creative process, experimentation and problem-solving skills will be on display in QAG’s Pelican Lounge until 29 September. The exhibition includes: a great video of the man himself speaking about various aspects of his work; interactive spaces for anyone to try their hand at still-life; a mini studio (where Mr Honeywill did a live painting session while chatting to onlookers); and opportunities for school group bookings (See the below photos of John Honeywill in action as well as Old Girls visiting the exhibition).

On the first day of his Open Studio Mr Honeywill addressed a large gathering and it was obvious that he really loved the 31 years he spent teaching and mentoring students at Somerville House. He says “a huge thank you” to all the students who crossed his path. The following pictures of Old Girls who attended that day (and patiently waited to speak with him afterwards) are a testament to how much respect and admiration John Honeywill earned in those 31 years. As a successful contemporary Australian artist, he truly is a trend setter in his field. 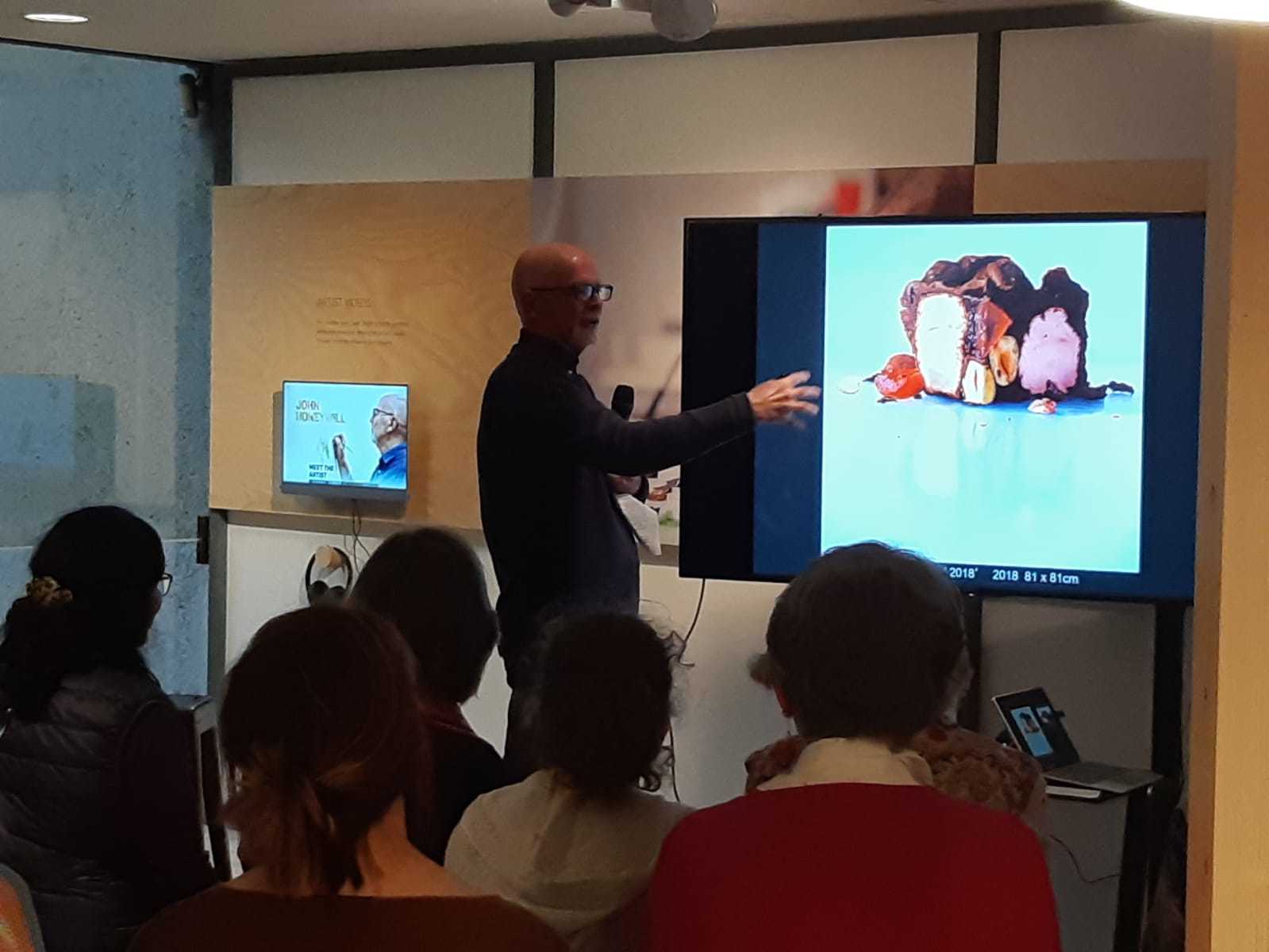 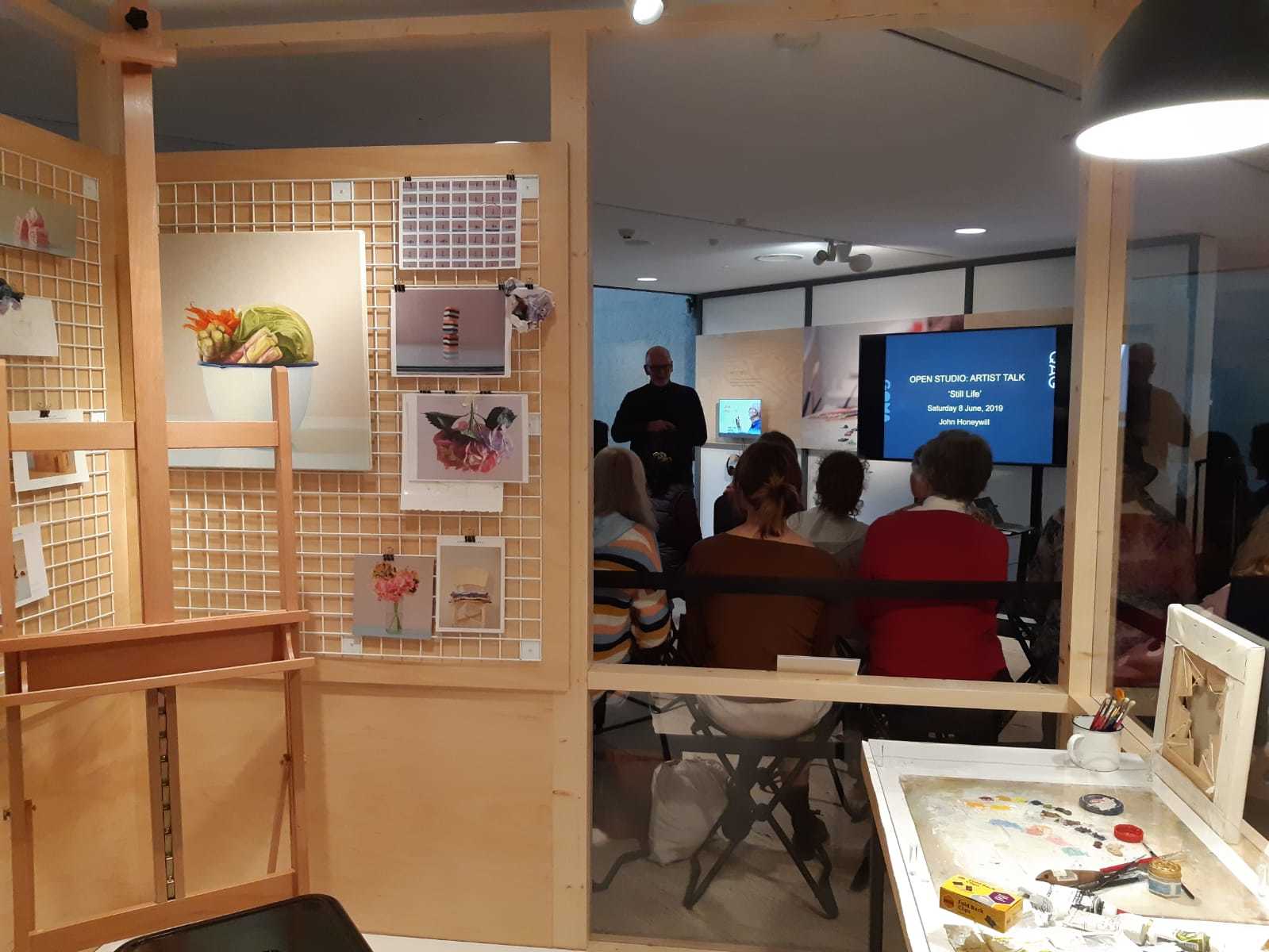 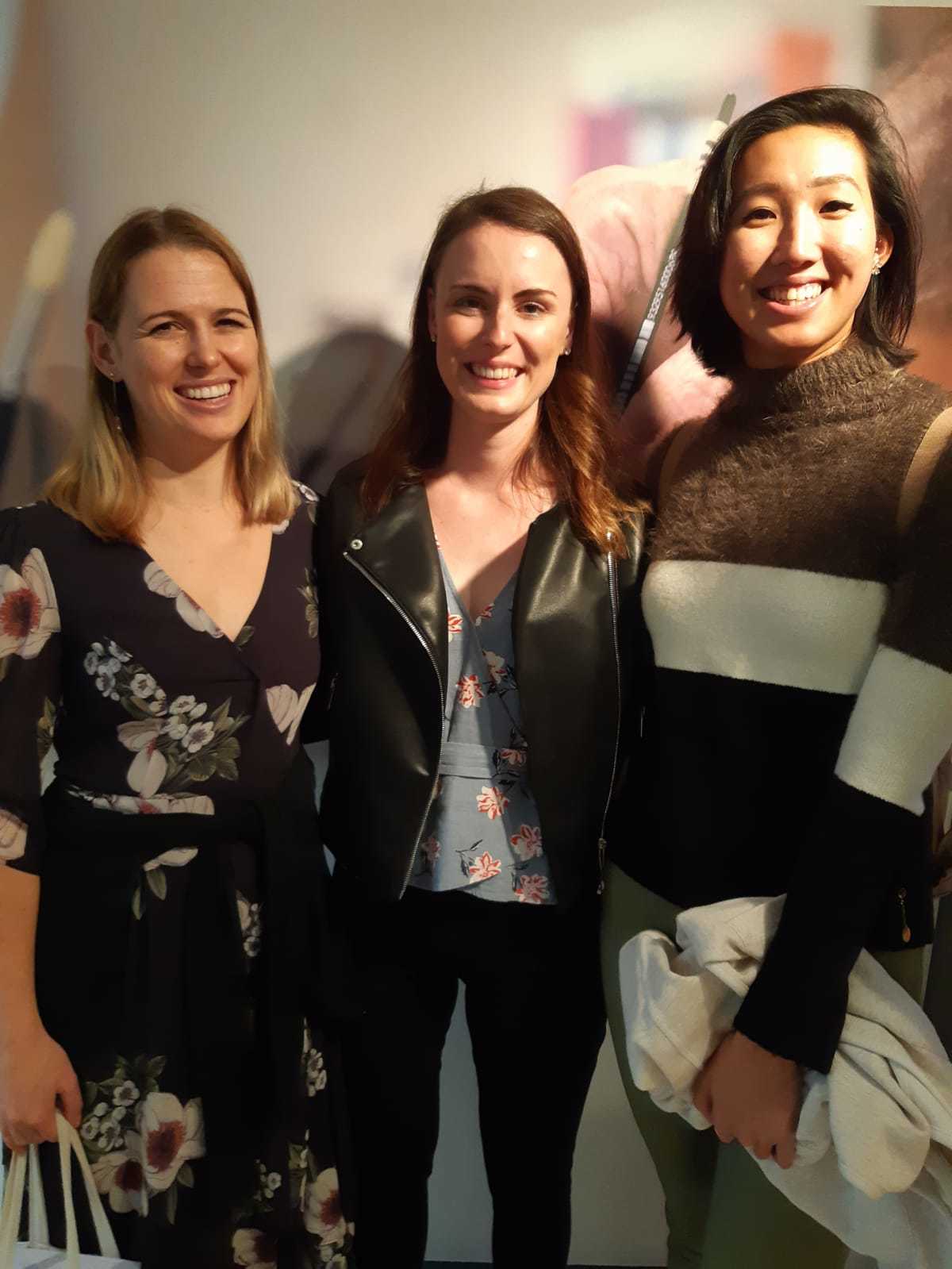