Do You Know the Story of Eliza Fewings? A Story of Perserverence and Strength - A Perfect Role Model for Women as Leaders

Grab a coffee and settle in for a ‘good news’ story! You might know that trailblazer Eliza Fewings founded Somerville House, but did you know the public clash that caused her to create our school in a display of incredible perseverance and strength in 1899? To celebrate Somerville’s 100th birthday in 1999, the Presbyterian and Methodist School’s Association published 'A Legacy of Honour'. The book describes how it all started:

In the late 1800’s, Ms Fewings was at the forefront of the UK’s struggle for equal educational opportunities for women; she was famed for once battling the topic with Welsh University authorities, in a debate that lasted a gruelling five hours. After moving to Brisbane, Ms Fewings showed her “strength of character and an indomitable will in a public confrontation with some of the most important and powerful people in Brisbane. Her cultured English manners, her views on girls’ education, and her resolute will were the legacies she left her school, which was to become Somerville House. These attributes are still part of the philosophy and ethos of the school”.

However, before founding Somerville House, Ms Fewings was the headmistress of the Brisbane Girls’ Grammar School. During her short time there she overhauled the curriculum, called for the introduction of external examinations, challenged the allocation of scholarships and questioned the trustees’ judgement. Subsequently Sir Samuel Griffith, Chief Justice of Queensland and Chairman of the Board of Trustees for BGGS, dismissed her. The matter was made public as she was unable to defend herself against the charges brought against her, nor permitted to arrange an independent inspection of the school. The Trustees demanded that she hand over the charge of the school to the Deputy Principal the following Monday, overseen by two Trustees. Ms Fewings met the Trustees at the BGGS gate and lead them to her office, where representatives of The Brisbane Courier and The Telegraph were present, along with her supporter, Dr A.B. Brockway. The matter became an issue of public interest, with community meetings, public letters and editorials published, demanding that she receive justice; the balance of public opinion was reported to be in her favour. Ms Fewings reluctantly left BGGS. Her predecessor ultimately met the same fate years later, being dismissed by the Board for insubordination.

Not to be deterred, only a month later, in October 1899, Ms Fewings established the Brisbane High School for Girls. With the motto ‘Honour before Honours’ and 31 students, it resided in the basement of the Baptist City Tabernacle in Spring Hill. Teachers that had resigned from BGGS in protest joined her to form the founding staff body. Ms Fewings arranged for the school’s first boarders to live under her care, in her Toowong home. School uniforms were not imposed; instead girls were asked to exercise their good judgement and wear “discreet” clothes. The school was non denominational but began each day with religious worship. The school quickly set high academic standards and by 1901 had 150 students and 18 staff, soon becoming the largest girls’ school in Queensland. When a uniform was eventually implemented, Ms Fewings chose yellow to symbolise happiness and white to signify integrity. Ms Fewings build an enviable reputation as one of Australia’s leading educators.

Ms Fewings instigated a broad curriculum and her desire for transparent external examinations was finally satisfied; Somerville House was the first school in Australia to submit the work of the entire school to examination by a university board. Founding and early students won scholarships to Trinity College at the University of Melbourne and achieved honours at Cambridge. But academics was not her only focus; she believed in a holistic, multi-faceted education for women.

On the 22nd of August 1901 the OGA was developed; Ms Fewings was our first president. Described by one of her former staff members as “absolutely fearless and would face the world for the sake of her convictions”, the woman who created our school was “cool, courageous, resourceful”. As a social activitst, she exuded remarkable strength of character and a determination to fight for justice, setting the tone for a progressive and holistic education for women, built upon fearless ideals.

Images: from A Legacy of Honour, the images show Ms Fewings (above), and life at the school and boarding house in 1902 (below). 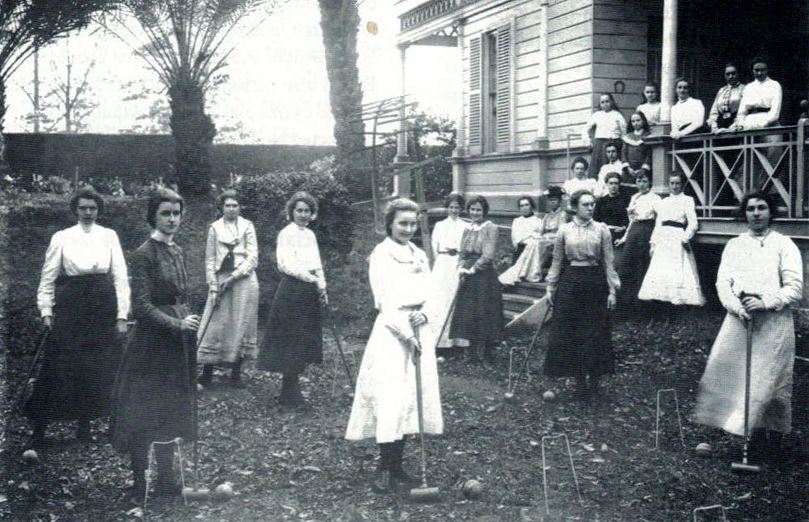 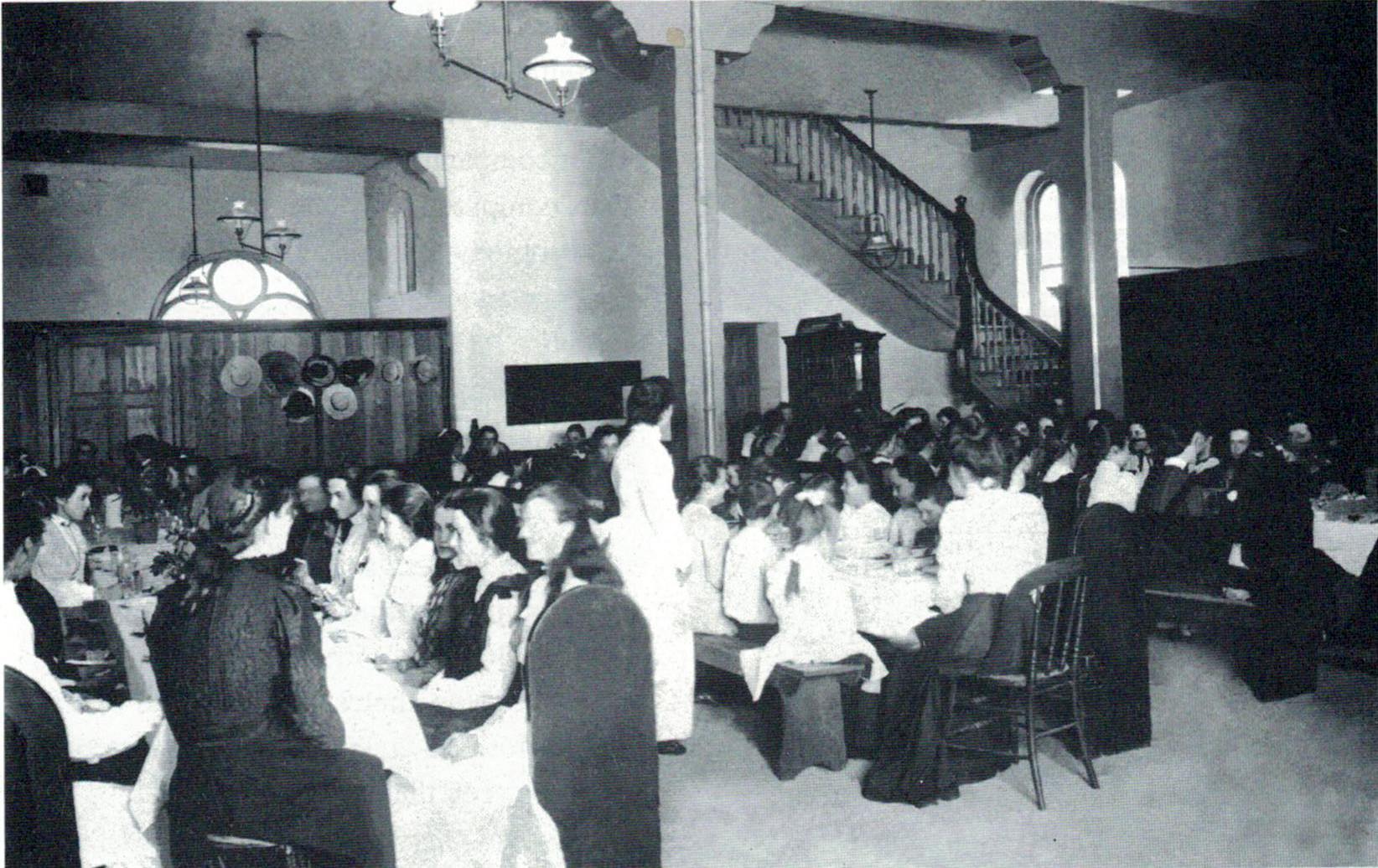