'The Ladies': Harker and Jarrett

For three decades, Somerville House was led by two women, through an enduring partnership between Constance Harker and Marjorie Jarrett. ‘The Ladies’, as they were known, were described as personally and educationally progressive women; a depiction that aptly defines their legacy at Somerville House.

The Ladies guided Somerville through its greatest period of change; war, the Great Depression, a new name and its purchase by the PMSA. They were globally admired for their formidable intelligence, liberal ideals, quirky humour, grassroots approach and savvy diplomacy. 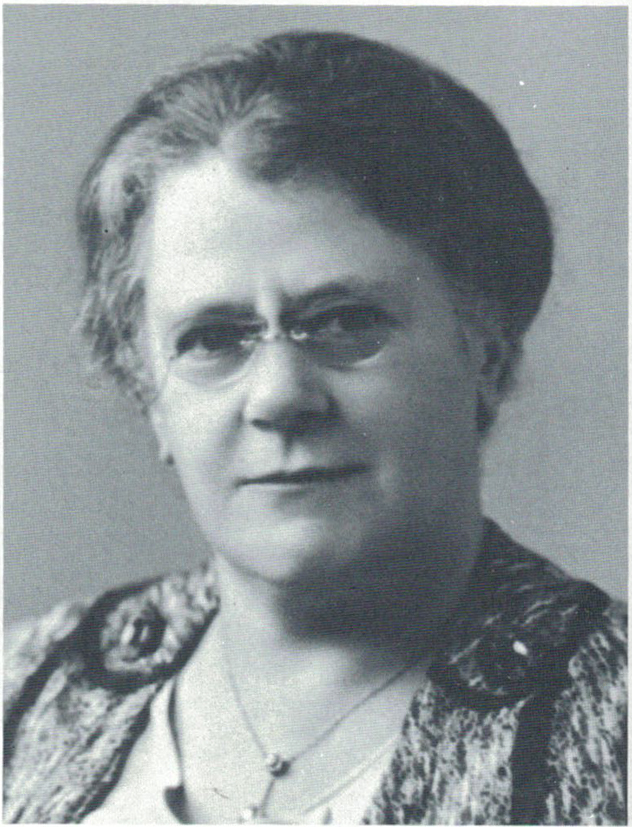 Jarrett (pictured, left) attended Sydney University, winning the Sir Edgeworth David prize for physical geography; a field heavily dominated by men. Despite exhibiting no domestic aspirations, her mother made her study cooking. Not one to do things half-heartedly, Jarrett graduated with first class honours in cooking and domestic science. But her true love was academia and she took first class honours in philosophy and history in 1900, later gaining postgraduate honours in geology, an achievement foreign to women at the time.

Constance Harker (pictured below) was one of the four original members of the Women’s College at the University of Sydney, where a room was named after her. She graduated in Arts with triple first class honours in English, French and history, later teaching at Kambala in Sydney.

Harker and Jarrett met while working at Presbyterian Ladies’ College. Jarrett went on to work at the Church of England Grammar School in Darlinghurst for six years and Harker taught abroad for three years. They were working at Somerville (at the time, called the Brisbane High School for Girls) in 1908, when Eliza Fewings left to visit Britain, leaving Harker as acting principal.

When Fewings decided to remain in Wales, she offered Harker and Jarrett the opportunity to purchase the school. Women at this time were subject to severe financial inequality, and obtaining a loan was unheard of for single, female professionals. The ladies combined their limited personal finances in order to purchase the school and in 1910, they assumed joint control as principals. So began a powerful partnership that defined female education in Australia. 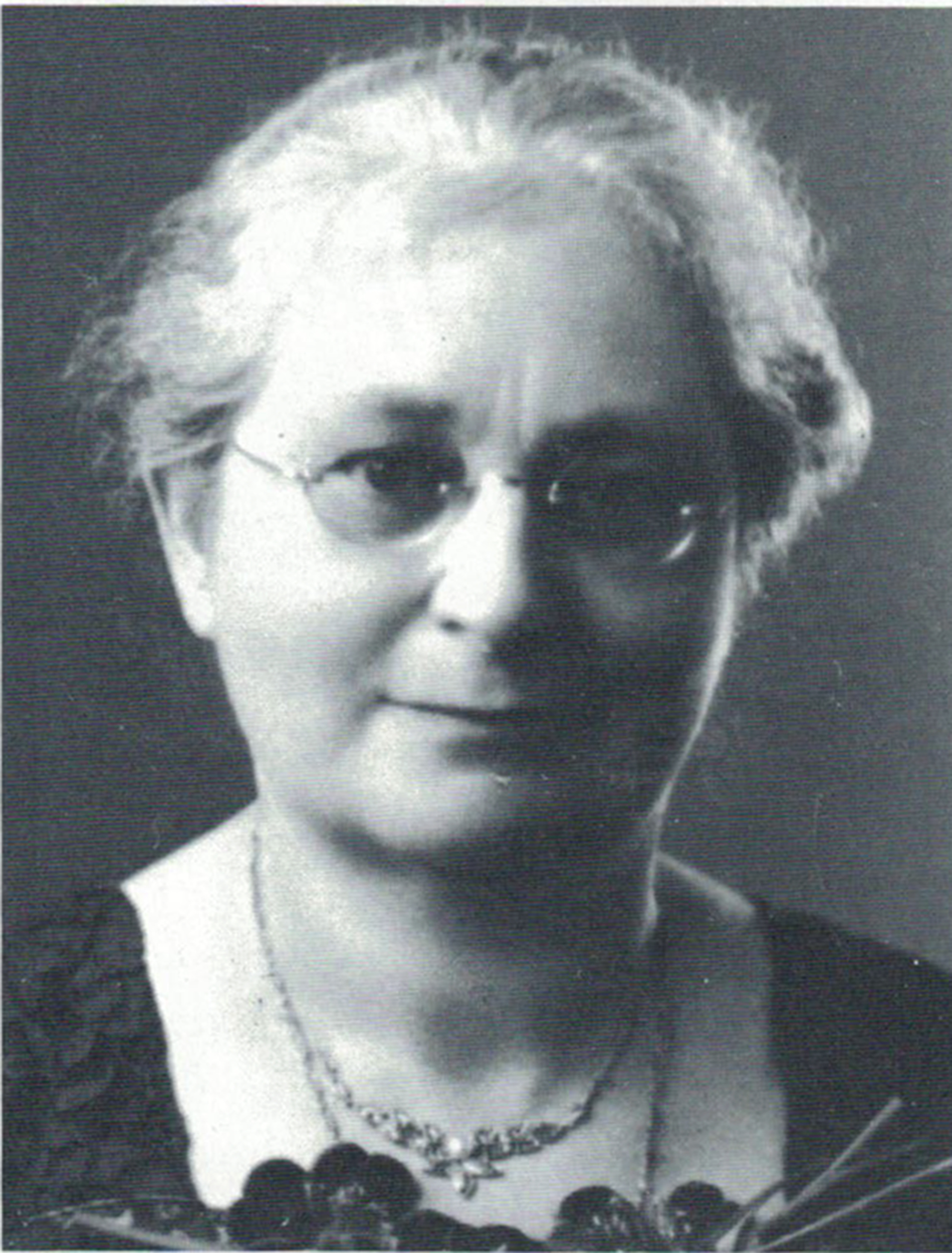 Despite their different personalities, Legacy of Honour recounts that both women were perceived by the school community to be a single, united entity. The Ladies reinvested the school’s earnings back into learning materials, rent, boarding costs and staff wages. Thriftily surviving on a combined 60 pounds per year, they paid 300 pounds for a five year lease on Erneton in Wickham Terrace, which enabled them to unite day girls and boarding facilities under the one roof.  The school continued to rapidly grow as The Ladies took it from strength to strength. By 1917 its rising enrolments necessitated a new location. But the principals could not fund the purchase of a larger space.

It was around this time that the Presbyterian and Methodist church leaders decided to jointly invest in the education sector, as other churches were doing at the time. The PMSA was formed, and its first acquisition was Somerville House. The decision was bittersweet for The Ladies, who had relinquished ownership of the school, but negotiated terms that enabled them to stay on and lead the school with minimal interference, while providing Somerville with the funding required to enable its expansion. Parents received a letter from the principals advising that, in order for the school to survive, the PMSA would take ownership from the 1st of July 1918.

With this astute move, The Ladies had taken Somerville into its next chapter.

It wasn’t long before the school was moved to its current South Brisbane location, with Harker, Jarrett and staff personally moving the school by truck. Classes were conducted in the west wing of Cumbooquepa while the school waited for A block to be built. A marquee covered lawn was used for the assembly hall. Harker and Jarrett were closely involved in the design of A Block, and meticulously oversaw its development, which was completed in 1920. Somerville flourished in its new location, establishing a reputation as one of the leading schools in Australia.

After 17 years, Harker and Jarret took long service leave, appointing assistant mistress Frances Craig as acting principal. Two trams were hired to transport senior students to farewell The Ladies, with students shouting the Somerville war cry Boomalacka as the P&O Oronsay departed. While away, they combined work and leisure, attending education conferences and keeping the students abreast of their travels through frequent letters.

The Ladies were passionate about providing a holistic education that offered something for all girls. They introduced scholarships and rejected the prefect leadership system in favour of a Student Committee that conferred directly with the principals, providing feedback and keeping them directly in touch with student sentiments. They generously rewarded loyal and hardworking staff members.

The Ladies loved driving and were known for their Sunday jaunts, with their pet cat and parrot always taken along for the two hour scenic ride. In 1922 they were among the first women in Australia to drive (without the assistance of a man) from Brisbane to Sydney. 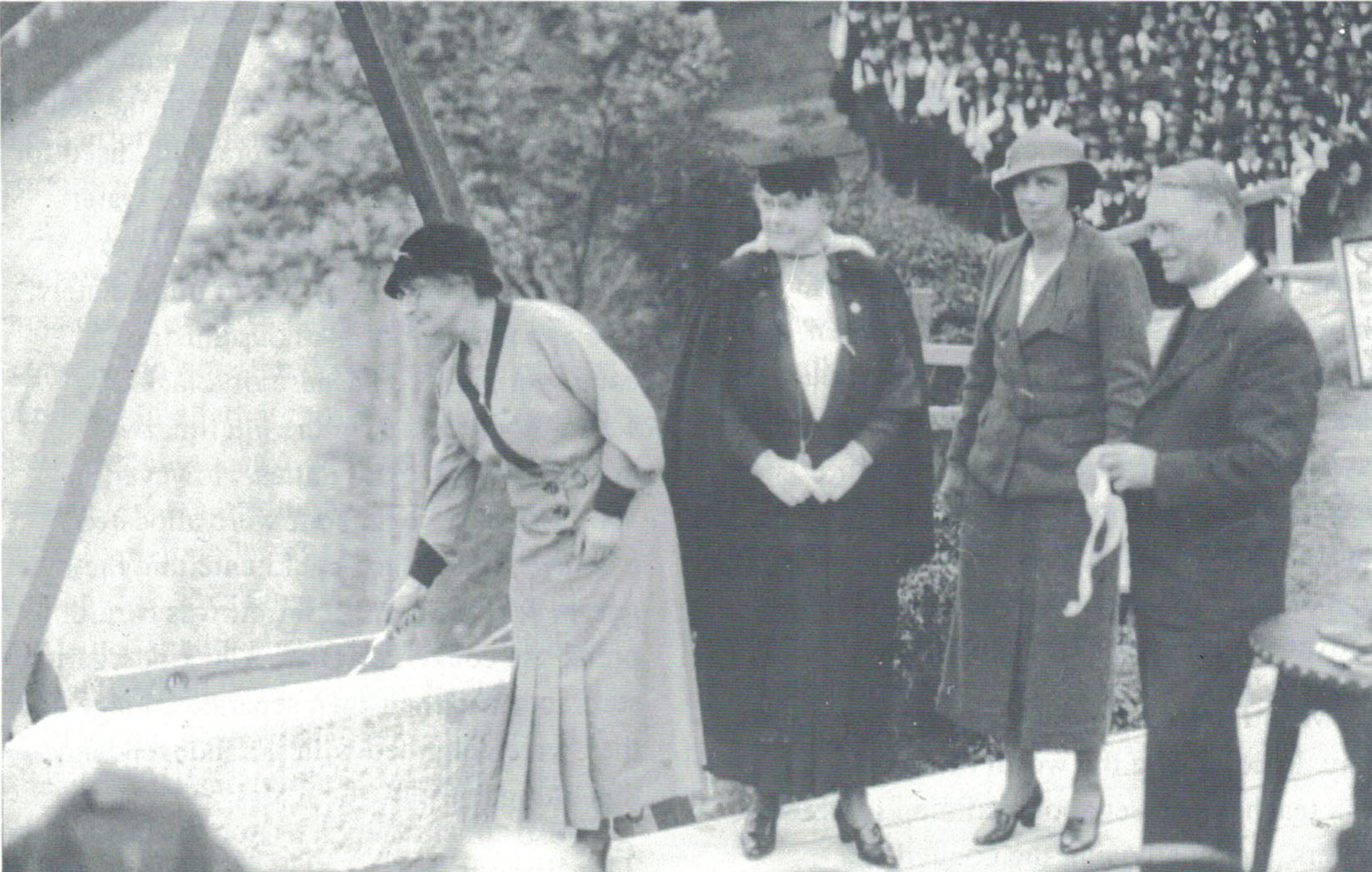 In 1931, Harker and Jarrett resigned on the grounds of Harker’s health. It was hard to imagine the school without them, and the PMSA convinced Jarrett to stay on as sole principal. It was agreed that this woudl only happen if Harker could continue to live at the school, despite no longer being employed there. Upon Harker’s retirement, the OGA honoured The Ladies by building the Old Girls’ Library (now the chapel, pictured right with Harker laying the first stone).

By this time, Frances Craig had left Somerville to take the position of principal at Ravenswood Methodist Ladies’ College in Sydney. Jarrett asked her to return to Somerville, to accept the role of vice principal. Despite the demotion, Craig’s love for the Somerville, and respect for Jarrett, saw her take the demotion.

In 1938, Jarrett took leave to travel around Australia by car with Harker, who wrote a detailed account of their travels for the school magazine. When departing for the trip, Jarrett advised the PMSA that she would resign for good in 1940, providing a lengthy transition period. The PMSA reluctantly accepted Jarrett’s resignation, and the Deputy Premier, UQ Vice Chancellor and Principal of the Women’s College farewelled her at a VIP event at the Brisbane Women’s Club. This was followed a month later by a garden party, open to the whole Somerville House community.

During her final assembly, Jarrett predicted that “Somerville House would again bring its formidable human resources to bear in facing future challenges”. And indeed it did, .

Jarrett died in Sydney in 1944. She bequeathed a generous 250 pounds to the OGA. In 1949, Harker unveiled a new stained glass window in the Old Girls’ Library, dedicated to Jarrett. Harker had chosen the windows, depicting Christ speaking to the Woman of Samaria.

In 1963, the year before her death, Harker was acknowledged in the Queen’s Birthday Honours list.

Harker and Jarrett were described in Legacy of Honour as “two spirits in tune”, with their long loving friendship invoking admiration and inspirational. Existing in a conservative society, The Ladies bravely eschewed traditional gender roles. They were shrewd businesswomen, inspirational academics and epitomised true devotion - to each other and the school.

Celebrate 120 years of trailblazing Somerville women at the Birthday Lunch on the 12th of October!

The images and quotes in this article are courtesy of A Legacy of Honour: the Centenary History of Somerville House by Nolene Hall. Boolarong Press, 1999. © Presbyterian and Methodist Schools Association.