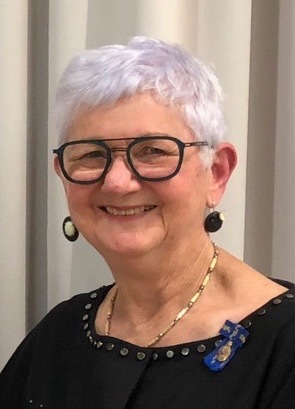 We are pleased to present the second article in our "Inspiring Old Girls Project" series.  Madeleine Webber (current student) pictured below had the honour of interviewing Patron of Sculptors and Inspiring Old Girl Dr Rhyl Hinwood AM CF to bring to life her journey and many achievements. 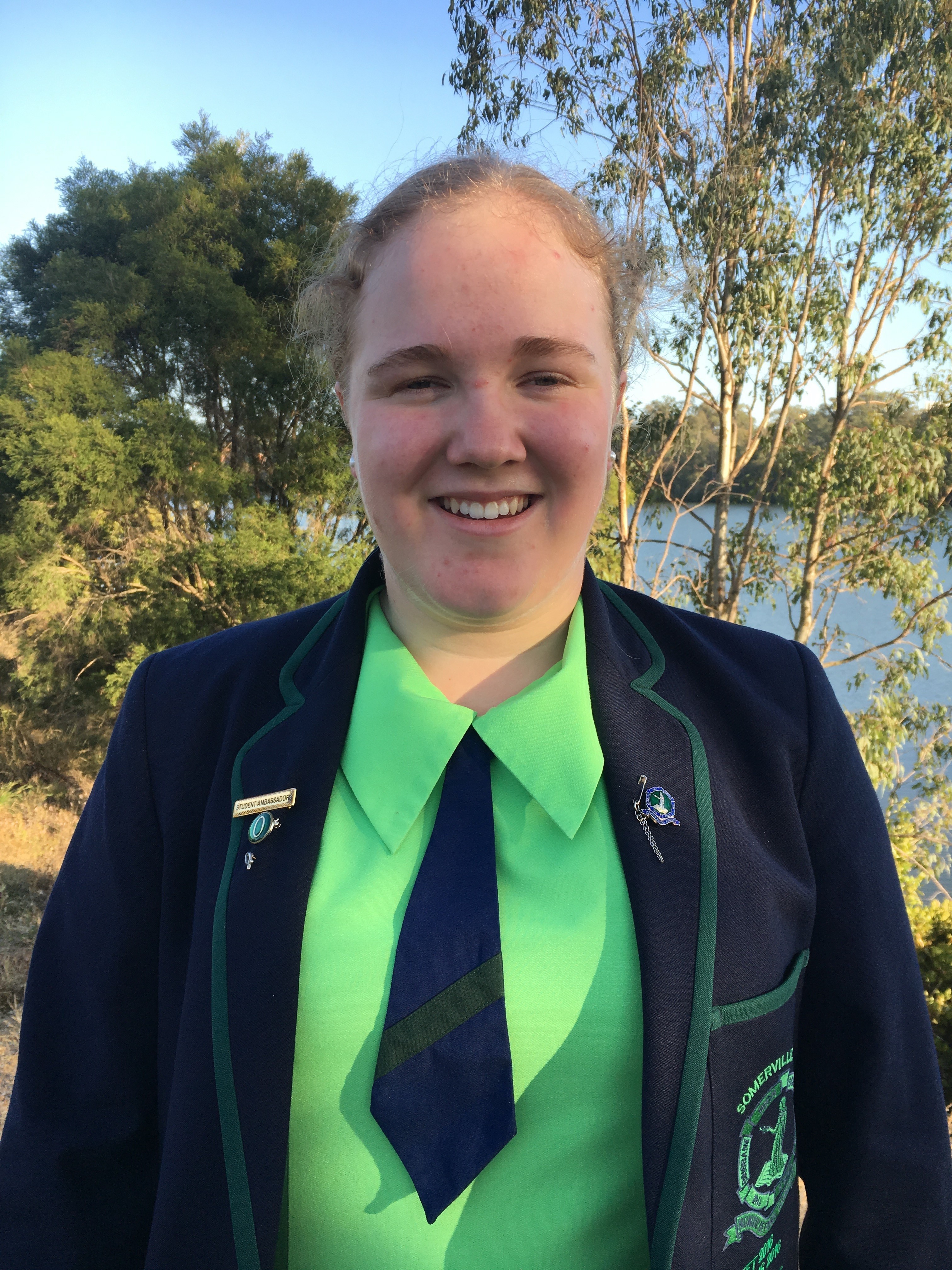 It was the hour of fate when the young Dr Rhyl Hinwood decided to follow her star and pursue her life’s passion for sculpture.

Dr Rhyl Hinwood AM CF began her self-described ‘serious hobby’ as a young girl on the banks of the Brisbane River in Yeerongpilly, scraping the clay from around the mangroves, creating anything she could imagine. It was also with the creative mind and spirit of her mother and the meticulous eye of her father that Rhyl became a keen and skilled artist.

'It was creating something out of nothing,’ she says.
Dr Hinwood also sought great influence as a teenager from the renowned artist, William Rickets at an exhibition in the 1956 Olympic Games in Melbourne. It was there that Dr Hinwood saw his work and was then swept away into her own.

“They were like spirits coming out of the trees… beautiful faces of old men and women and children. They were just gorgeous figures,” she recalls. “I was so taken with it, and as soon as we got home, my father got some clay for me… It inspired me to keep doing sculpture.”It was after graduation from primary school, Dr Hinwood continued her schooling at Somerville House with the message from her father to ‘do what she liked.’ She remembered her time in the senior school at Somerville fondly. Dr Hinwood studied English, Mathematics, History, Art, French and Zoology, which she had a strong liking for. It was as a zoology student that Dr Hinwood was taught by the late Miss Hazel Grey, who Dr Hinwood would later create the sculpture, ’The Violinist'  (2007) in her memory.

When deciding what to create, Dr Hinwood said she asked some of the Old Girls what reminded them of Hazel Grey.

“They said dissecting frogs… and [Hazel Grey] had a real sense of humour and was always laughing and so I thought she might be amused by a frog playing a violin,” she says. 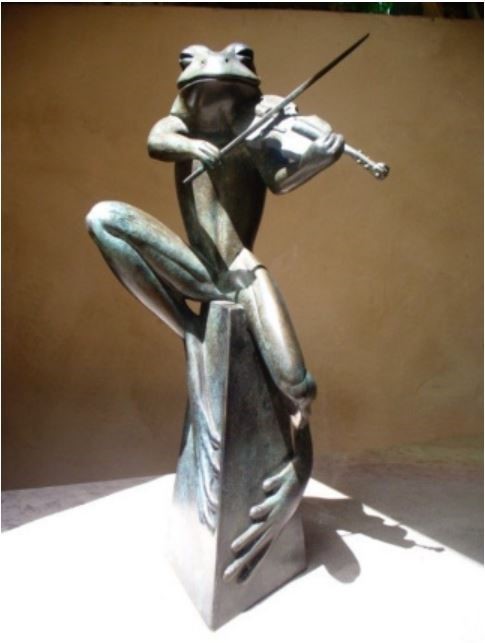 Dr Hinwood also talked of the friends she made on her first few days of school.

“They’ve stayed friends all my life… we have lunch together in October every year and celebrate each other’s birthdays,” she says.

“We were bridesmaids for one another… keeping those lifelong friendships has been a wonderful thing.”

After graduating from Somerville House in 1957, Dr Hinwood went straight into work after school with an internship at the Queensland Natural History Museum, working on illustrations for exhibits and hand painting replicas of lizards and other creatures.
“One of the first jobs I had to do was to paint a fourteen foot North Queensland Python and I made colour sketches of every detail of that python of the colours on its head, its eye colours,” she says.It was from there that Dr Hinwood began to create not only gorgeous work but a name and reputation for herself. In 1976, Dr Hinwood entered and won a national competition, against a large pool of male sculptors, to be commissioned to complete the carvings in the University of Queensland’s Great Court.

It was then in 1986, Dr Hinwood received the great honour of being awarded a Churchill Fellowship and was given the opportunity to travel about Canada, the USA and Europe all in the pursuit of sculpture relating to the cathedrals and universities.

“It was marvellous, really,” she says. “A confidence builder and I felt like I could teach others a thing or two along the way.” 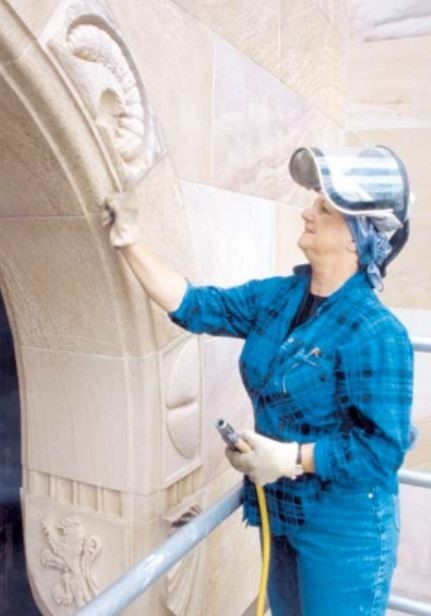 In was then in 1987 that Dr Hinwood was commissioned to create the ceramic Australian Coat of Arms for the House of Representatives in Parliament House in Canberra.

Then 2006, Dr Hinwood received Membership of the Order of Australia, honouring her contributions to the visual arts. Dr Hinwood has created hundreds of sculptures with the highest quality of work and excellence, including five major works for Somerville House.

In the more than forty years of her career, Dr Hinwood has created works of great esteem and value, but she believes her most personally significant works were created before her career had even begun. It was at the age of sixteen when Dr Hinwood created the bronze portrait of her mother that sits proudly upon her mantel piece alongside other bronze portraits of the members of her family.

“I had a fortunate life and I’ve been happy with what I’ve made… if anything, I would have liked to have  gone to Arts School,” she says.

Looking into the future, she gives this advice to current and future Somerville girls.

‘Believe in yourself, escape from habit, be open to chance and change,” she says. “Don’t discount anything that comes along… learn from the best creative minds, be original and never underestimate a Queenslander.

“Follow your star… and in that hour of fate, make your decision and commit wholeheartedly ”

Dr Rhyl Hinwood has left her mark on the world with her remarkable works and creative spirit. She is a testament to how following your passion is the best decision you could ever make. 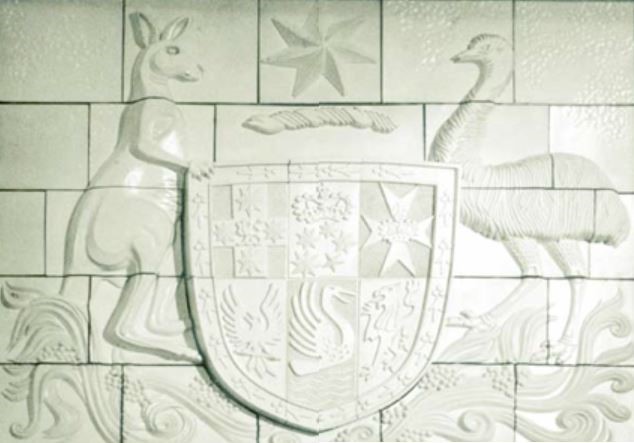 Please see the below attachment of the Biography of Dr Rhyl Hinwood AM CF for more detailed information.

For more information on the Inspirational Old Girls Project please following this link to our article outlining this fabulous collaboration https://www.somervillehouseoga.com.au/news/214960.