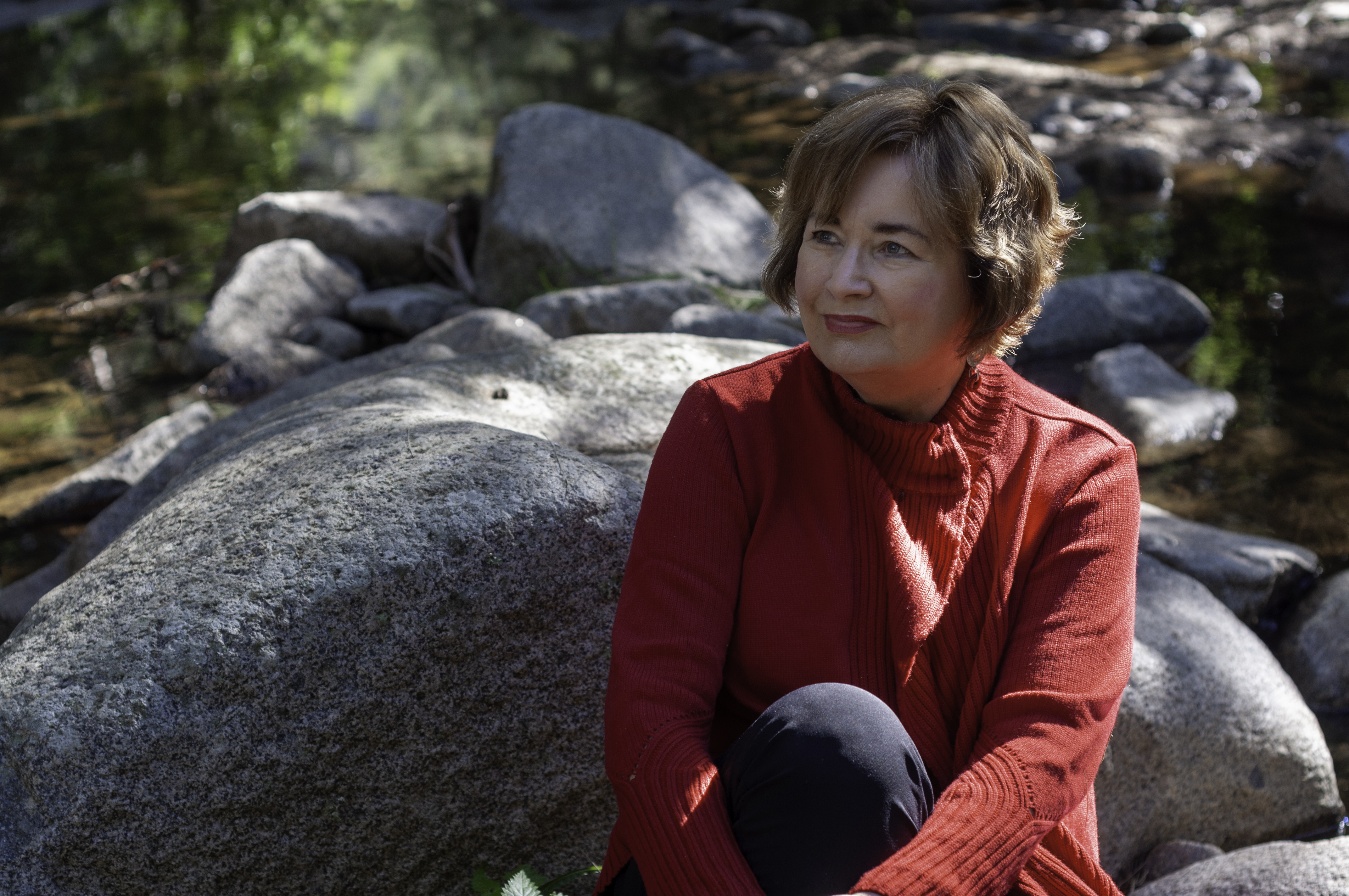 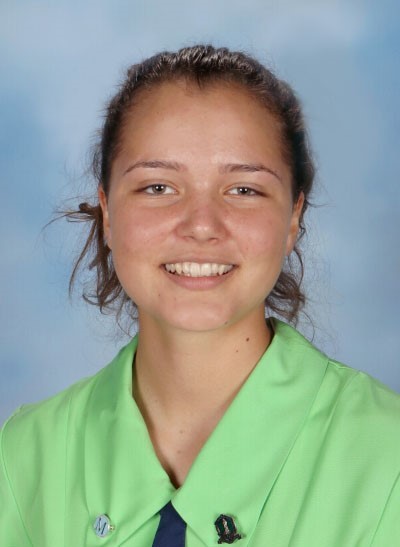 All words inspire images and thoughts, depending on one’s experiences and beliefs.

Jackie French is one such name inspiring many words; author, nature-lover, farmer, activist, historian; a woman by her own definition, who is “subject to change but with integrity”.

However, these words are but a patchwork, cardboard box, trying to contain the jewel blue ocean inside. Jackie cannot be encapsulated or limited by these words, so all I can do is strive to show you the part of Jackie I have seen, in the most truthful way I can. But, really, how can this dynamic woman be truly captured on paper?

In Jackie’s career as an author she has published more than 200 books and won more than a staggering 60 Australian and International awards including 2014-2015 Australian Children's Laureate and 2015 Senior Australian of the Year. Further, she was awarded a membership in the Order of Australia which provided “an excellent afternoon tea at the Governor General's” and an interesting catch up with other award recipients. Perhaps her proudest achievement was becoming an “honorary wombat” or having her son tell her that he wished for his children to have the same sort of childhood he did.

Jackie lives in a self-made house in the bush with wombats, wildlife and her family. She tells me that she doesn’t have spare time because “there is never enough time for all I'd like to write, read, watch wombats, laugh with friends, be with family and hear what they are doing.” She says she has no hobbies, and no wish to travel; as she is totally absorbed in her unique lifestyle and writing career. She lives her passions, every day.

As many know, because of one of her most successful children’s novels Diary of a Wombat, Jackie has a special connection with the unique animal. She fell in love with them “accidentally” while living in a shed before she built her house.

“One decided to befriend me - his decision, not mine - and he showed me the bush and we spent years as friends,” she says.

She had one other close wombat friend and enjoys living with them because they fascinate her. I find it fitting that the collective noun for wombat is ‘wisdom’; Jackie certainly is conservator of both Wombats and Wisdom. 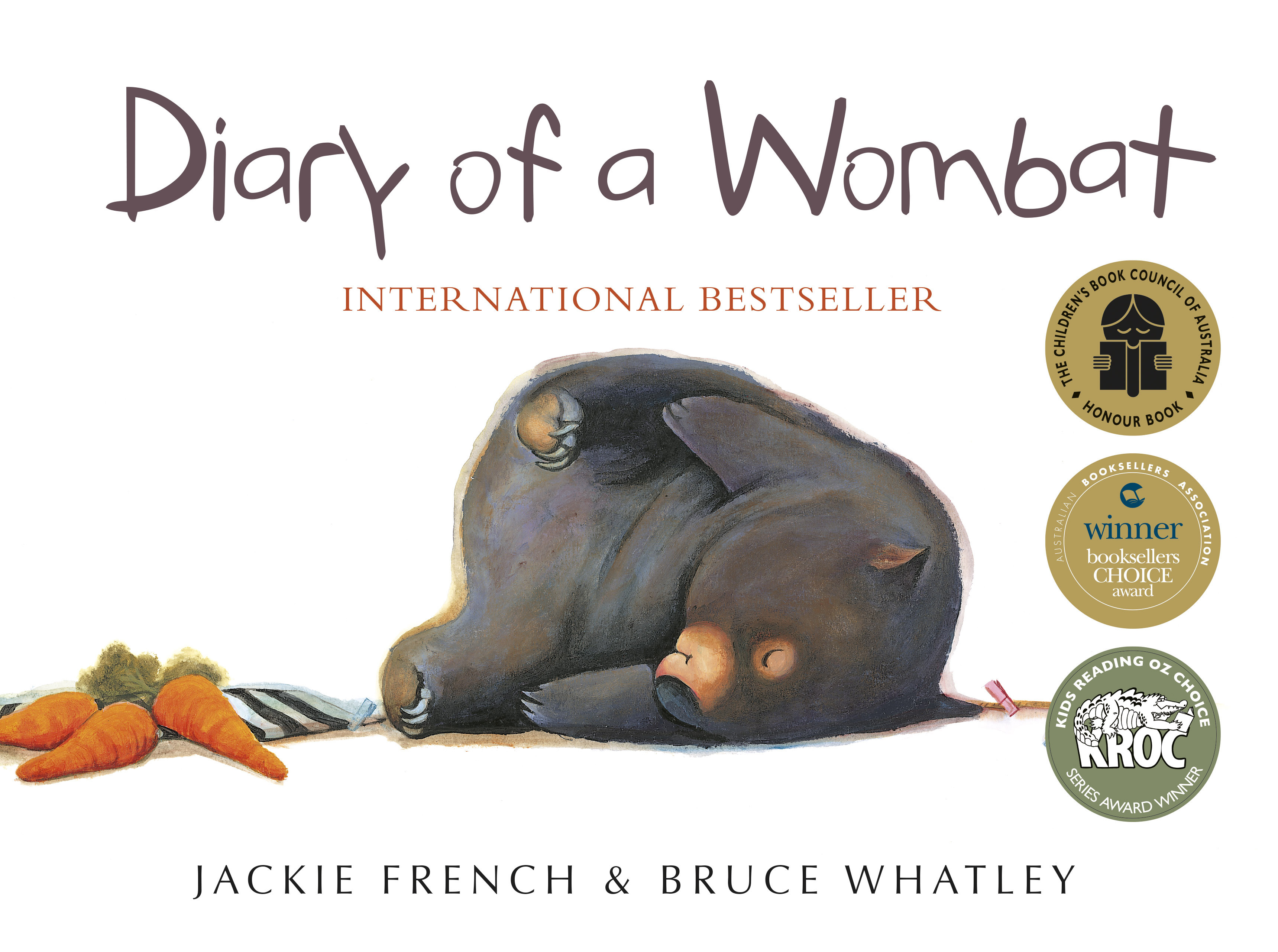 Jackie grew up in a time when things were changing. When women were still constrained by stereotypes, were limited in what they should study and did not earn anywhere near equal pay to men. Some still believed that women should only be wives, leaving their ambitions behind to start a family. But others believed that things should change. Like a spirited grandmother who “made it very clear that she would rather her granddaughter was Prime Minister, Chairman of BHP, an author or a psychiatrist.” And teachers who fed a certain young woman’s “incredible hunger for literature, for information, and to simply understand the world.” These influences are at the root of Jackie’s dynamic persona.

Jackie’s grandmothers and great-grandmother were the ones who kindled and fed her appetite for reading. They sent her books and poems, especially Australian literature, and by the time she was three and a half, Jackie’s dream was to become a writer.

Jackie had many role models, a number came from books of fiction while others were very real. Among these were Socrates, who inspires her to strive to be the best at being herself and write the novel she knows she is capable of producing.

Another was Jane Eyre. Jackie remarked, “The integrity of Jane… that absolute, complete integrity… she said: No, I care about myself, I will not do something which is wrong.”

In fact, it was Judith who was one of the few people (apart from Jackie’s publishers) who encouraged her to become an author. When Jackie met her, Judith said “don't you dare stop writing!” and although not performing publicly at that time she agreed to do two performances on the condition that Jackie agreed to share the platform with her, an extremely generous gesture. In fact, it was because of this generosity that Jackie was actually noticed as a serious author.

Jackie obviously grew up with influences from many strong Australian women; in turn she has become a force to be reckoned with.

Jackie was educated at three different schools. These included Somerville House and the neighbouring State High.

Then, school especially Somerville, was a very different place. The library was a “cupboard” not the plush, cosy space we enjoy today.

“It probably had about fifty books in it, for the whole Junior School,” she said.

“Our history textbook stopped at WW1, they were so old,” Jackie recalls. “We learnt a heck of a lot about Henry the 8th! We learnt absolutely no Australian history or Asian history, or anything like that.”

The Science teacher was the only one who “didn’t regard [her] as being extremely weird”. Jackie’s English essays almost invariably got poor marks at Somerville, yet she was celebrated for her stories elsewhere.

To make matters worse teachers often had a very hard time decoding Jackie’s submissions due to her dyslexia, and thus, terrible spelling.

She told me of a teacher who had shown Jackie’s essay to her husband (a linguist) and he said “what language is this in?!” Jackie expressed her joy at the way Somerville has evolved into a school she deeply admires. She happily observed “ex-students … have certainly not taken small ladylike steps across the world.”

When Jackie left school, she didn’t think there was any chance of earning money from writing full time. Thus, she was planning to study either Psychology or English. But, that’s not quite how it played out. It was in the Philosophy Department that Jackie received the best education she had ever experienced, finding her home at university. It was also there that she met her first husband.

“He was care-taking an orchard,” she recalled. “I fell in love with the bush and decided, basically, to go bush.”

When the marriage broke up, she was out of money, with a young baby and a drought to contend with. A friend recommended she try and make some money from her writing, so she sent an article to the Canberra Times, another to an agricultural magazine and a story called Rain Stones to publisher Angus and Robinson. Within three weeks, the book had been accepted, the Canberra Times had offered her a fortnightly column and the farming magazine had offered her a regular spot as well. “And so within three weeks, I was a writer!,” she says.

Jackie usually writes about Australian history and wildlife as it is the stuff of her lifestyle. When she was out of money after her first marriage, she built her own house, grew her own food and lived by candle or lamp light with a wombat to show her around. “If I didn't make it, or grow it, or find it in the bush, we did without. So for at least a decade, I lived, pretty much, as people have lived here for 20,000 years … in the indigenous way.” Hence her very real connection to Australia – her home, a place that has sustained and inspired her.

Jackie is someone who wishes to be free. Free in the bush, free in her writing and just generally, free as a woman.

Jackie says one of the reasons she writes about both the past and the future, is that she doesn’t want to be confined in what she describes as “a small box which is just called the present”.

She also wishes to set others free, and so she encourages talented young writers to be courageous and break out of the constructs of what is deemed appropriate, just as she did in her early years at Somerville. Clearly, she sees that freedom is key for creativity.

Jackie has inspired me with treasured insights such as, “when writing historical fiction, you need to know what you don't know. Does a woman [in that time] have pockets? What would she put in her pocket? Would she actually shake hands? How would she address someone - would she even meet their eyes?”

Jackie is a sage and a truly strong woman. She has lived solely off the land and tackled hurdles such as her dyslexia, the stigma around women as well as her current back injury. She never lets anything get in the way of what she loves and is striving to achieve, and thus, serves as an inspiration to many.

In a time and a place where many young people take their education for granted, Jackie’s lifelong hunger to learn has reminded me, once more, of how fortunate I am and how grateful we should be for the opportunities we experience, and the strength of our predecessors who fought for such things. Many girls I know express, quite regularly, a disdain for homework or a certain subject, however, we should take every chance to learn something new, or seize every opportunity, as many others are not so lucky. Jackie has reminded me that knowledge is a privilege reserved for those who value it.

Jackie has lived her life in a well of extreme experience which has informed her wisdom, words and love of wombats.

For more information on the Inspirational Old Girls' Project please see the following link for our article outlining this fabulous collaboration https://www.somervillehouseoga.com.au/news/214960.