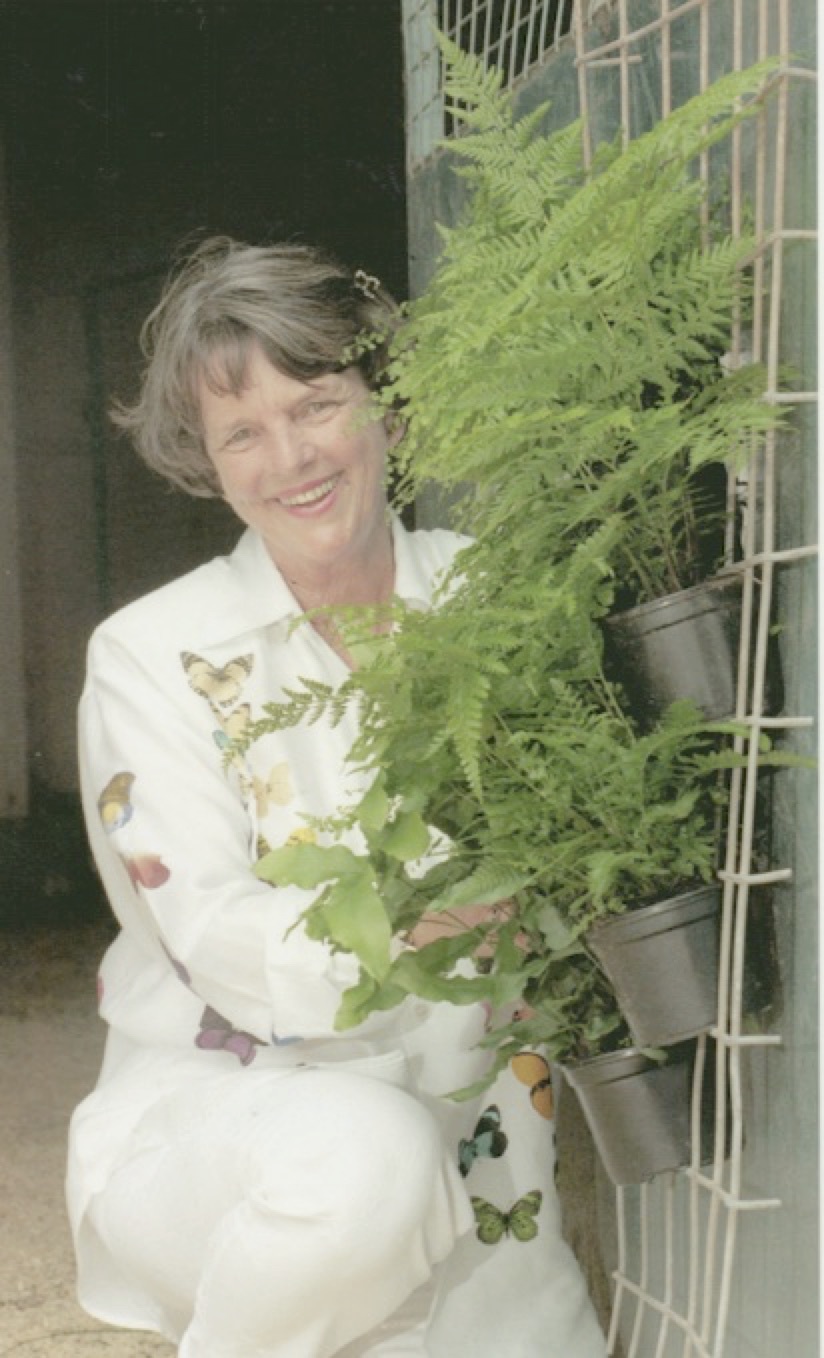 Welcome to our fifth installment in the Inspiring Old Girls' Project.  Jay Mathers (Current Student) had the honour of interiewing and writing the story of Janet Conrad, AM Landscape Architect.  Here is her story!

For Janet Conrad, a graduate of the Somerville House 1954 class, the battle in her life is between her two greatest loves; French and Landscape Architecture. Talking to Janet you can instantly feel the aura of warmth that surrounds her. ‘Everything is exciting when you do it correctly,” she says. And nothing could be done more properly than her career and life story.

As a retired landscape architect, Janet has travelled to a lot of countries during her time working. Some of her favourites include Thailand, which she visited six times, and Japan, which she didn’t know was the home of her future daughter-in-law. She also visited places like London, Berlin and the East which allowed her to gain a large knowledge of different cultures. She has travelled to Venice four times and that is also one of her many favourite places.

Janet didn’t start off as a landscape architect though, her first passion was teaching.. She once taught maths, French and English to high schoolers. Upon meeting her husband though she found landscaping was the right path for her; balancing both work and night time schooling in order to do the course she needed. She would attend her night school four nights a week and Saturday mornings on top of all the work she had to do as well. Janet managed all this and her social life exceptionally; allowing time for her family and friends wherever possible.

Eventually Janet decided she didn’t want to go immediately into landscaping. She instead wanted to be a mother first, having three kids of her own. Janet is extremely passionate about her family, taking up a new career and working with her husband.

It was after all of this that Janet enrolled in her university course. She was one of the first women to study architecture. Brisbane, more specifically the QUT, was the first place in Australia to hold the course. The course however wasn’t the only one Janet took; having graduated her BA degree at the University of Queensland in 1958, Janet took to more courses at the Queensland Institute of Technology; a Bachelor in Landscape Architecture in 1974 and a Master of Applied Science at the Queensland University of Technology in 1992.

This was not the only ‘leading step’ that Janet took for her generation though. At the time it was common for women to retire at the age of sixty, Janet and her colleagues worked well past that age, happily enjoying the work they did.

Throughout her life she has been elevated to many leading positions of authority such as; the Fellow of the Australian Institute of Landscape Architects (one of two women at the time), Principal of the landscape section of Conrad & Gargett and a part-time lecturer and chairman of the Queensland University of Technology faculty advisory committee in Landscape Architecture.

Among her many successes throughout her life, Janet was also awarded ‘The Woman of Substance’ in 1993 by the Girl Guides Association. Other women on this list include the likes of Governor Leneen Forde in 1990, and Marie Watson Blake in 1991. She was also named ‘Executive Woman of the Year’ in 1995 as the first recipient of the newly created award by Women’s Network Australia and St George Bank. In 1998 Janet was awarded Member of the Order of Australia (AM) for services to Landscape Architecture, education and international affairs.

Janet has also written a thesis on ‘Prospect Refuge Theory’ (J Appleton) detailing the ideology of wanting to see without being seen by others. This trend in human desires or behaviours goes a long way back in history with tribes wanting to be able to see threats but conceal themselves from the threat as well. Janet neatly tied this idea into her own theory of landscaping and architecture in modern society housing and buildings.

Janet didn’t work on houses or domestic blocks though, instead the majority of her projects were schools, hospitals, other developments and the like. She says the most difficult jobs weren’t always the biggest, most impressive buildings but sometimes it was the geographical locations or situations that were thrust upon her during her time working.

Regardless of the struggles and minor frustrations that she faced Janet loved her old jobs, and encourages anyone who is considering taking up architecture as a career.

Not one to forget her roots, Janet told me about her time as a student at Somerville. At the time Durack and Gilmore didn’t exist and Franklin still won at most inter-house competitions. The classes and grades themselves were incomprehensibly small in comparison to the masses that gather in VPAC now.

It was no surprise to find that the uniform at the time was not so different from the current winter one. What was surprising was the nifty ways the girls in her grade would ‘modify’ it. None of them were particularly fond of the black stockings, so they turned their stocking grey instead – by boiling them!

Janet’s passion for her work – and her French – is never more obvious than when speaking to her.

For more information on the Inspirational Old Girls' Project please see the following link for our article outlining this fabulous collaboration https://www.somervillehouseoga.com.au/news/214960.