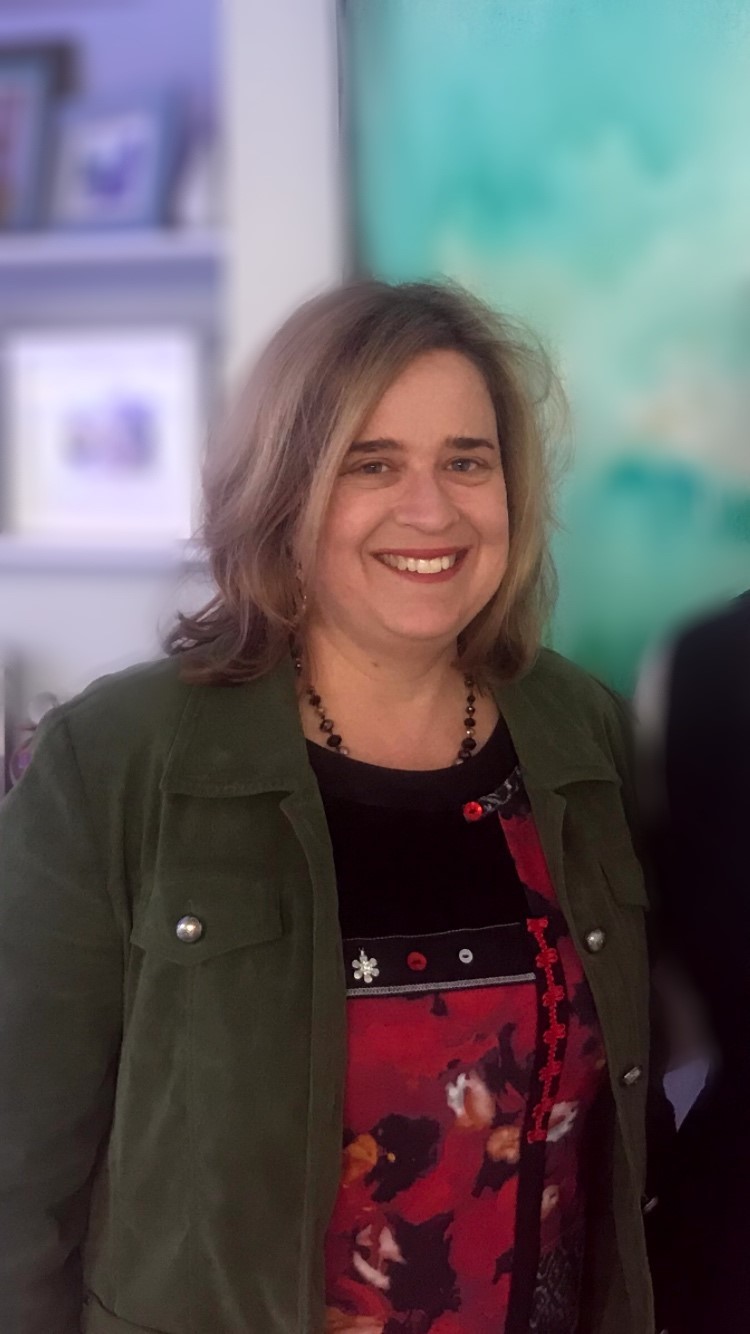 We are pleased to present Louise Conwell (Paediatric Endocrinologist and Associate Professor, PhD, MBBS) as our our Inspiring Old Girl for this week who was interviewed by Lauren Jones (Current Student). Encouraged by Somerville House in the pursuit of excellence, Louise Conwell has gone on to achieve excellence in her field of Paediatrics in addition to her academic role as Associate Professor and Head of the Children's Health Clinical Unit/Discipline of Paediatrics and Child Health at the Faculty of Medicine at the Univeristy of Queensland. 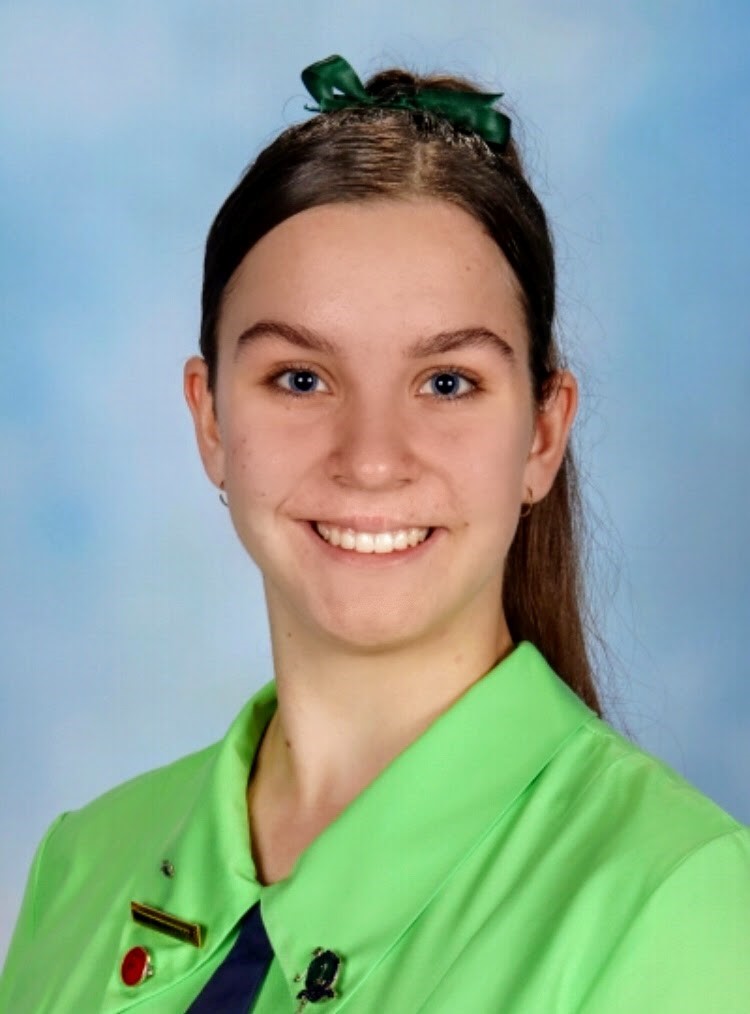 Associate Professor Louise Conwell attended Somerville House from 1985 to 1989, and has succeeded at an exceptionally high level, both whilst at school and in her career.

While she was still at school, Dr Conwell had aspirations to become a teacher because of her love of learning and teaching others, as well as learning about herself through teaching. During the middle years of high school, she briefly considered law as a career but, after focussing on mathematics and science, decided that she wished to pursue science further. She did not wish to become a laboratory scientist, and enjoyed the idea of working with people, particularly children, so increasingly became interested in a career as a Paediatrician.

Dr Conwell graduated Somerville as Dux of the School, and started Bachelor of Medicine/Bachelor of Surgery (MBBS) studies at the University of Queensland.

She graduated with first class honours, in addition to receiving the Lilian Cooper Prize for obtaining the highest examination results over the course.

After completing her degree, Dr Conwell specialised in Paediatrics and was awarded the Gold Medal in Paediatrics in 1999 for the best performance in the Royal Australasian College of Physicians examinations.

Since 2007, Dr Conwell has worked as a Paediatric Endocrinologist, initially at Brisbane’s Royal Children’s Hospital and currently at the Queensland Children’s Hospital. She has also embraced an academic role as Associate Professor and Head of the Children’s Health Clinical Unit/Discipline of Paediatrics and Child Health at the Faculty of Medicine at the University of Queensland.

“It has been a great privilege …to be part of the journeys of patients and their families, which is often at times of significant stress for them,” she says.

Dr Conwell believes the biggest challenge of her medical career was the completion of her PhD, as it was a significant body of work on top of her clinical training work and other life challenges. She is particularly proud of undertaking a post-specialty Clinical Fellowship in Paediatric Endocrinology and Diabetes at The Hospital for Sick Children, Ontario, Canada.

She says Somerville House prepared her to succeed in her future career by nurturing and encouraging her academic abilities and interests, as well as reinforcing her firm belief that young women could pursue their career dreams.

In her time at the school, she was encouraged in the pursuit of excellence, as well as the development of strong values and faith.

She says perhaps the most important benefits of her time at Somerville House was learning academic skills, as well as focus, diligence and curiosity, which she was also able to apply to her university studies. While at school, she enjoyed building relationships with friends and teachers, and particularly valued her roles such as Prefect and Orchestral Leader in building her leadership capabilities.

Support from important people, such as her parents, husband and close friends helps her navigate life’s challenges. Dr Conwell says she still struggles with keeping herself too busy, but attempts to plan enjoyable activities in advance so she has a tangible experience to look forward to. Because of her love of travel, this is often a holiday which may be combined with a scientific conference. Dr Conwell finds that the outdoors, nature, sunshine and a good novel are always invigorating, as well as the number of other interests which she has fostered. Her love for music led her to join the Queensland Medical Orchestra almost five years ago, which she continues to be enthusiastically involved with, despite her busy lifestyle.

Throughout her career, and in addition to support from family, friends and school colleagues, Dr Conwell has had a number of role models. While not being from a family with a medical background, her parents were loving and supportive, with strong work ethics and values. Her love for learning was motivated by her Somerville House Chemistry teacher, as she was intelligent and caring, and had the rare ability to support the weaker students whilst extending the students who were thriving.

Dr Conwell believes she so far has had an academically challenging and personally satisfying career. She has worked with other health professionals to contribute to the care of infants, children, adolescents and their families, with a range of endocrinological disorders, work which she finds very fulfilling. However, there were difficult points in her career when she didn’t enjoy medicine to the extent she does now, such as the start of her residency in Paediatrics. Dr Conwell was required to work long hours, and often on weekends, and was faced with a steep learning curve in addition to more independent clinical responsibility and studying for the Royal Australasian College of Physicians Paediatric examinations. Despite this experience being difficult, however, she nevertheless found it fulfilling and rewarding.

Dr Conwell has been involved with both national and international research collaborations. She believes that the research she has completed and is currently undertaking is important as it improves the health of patients and communities. Dr Conwell remembers how her supervisor used to describe the PhD as ‘an exercise in scholarly activity’, regardless of the outcomes. A career in Medicine requires life-long learning skills and ongoing curiosity, and the skills learnt through research have facilitated critical thinking and critical appraisal, which have allowed her to be successful as a clinician.

Dr Conwell has found her job definitely challenges her ideal work/life balance. The ‘on-call’ roster has been less rigorous than previous years, allowing more ‘life’ in the evenings and on weekends. In the last 12 months, her combined University of Queensland teaching responsibilities and clinical work has accentuated this challenge. With such a range of responsibilities and opportunities, especially recently with the two roles, Dr Conwell has found it very easy to become overcommitted. Her enthusiasm to learn, grow and be involved in work-related activities can often exceed the amount of time she has available, hence why she has found it important to foster non-work activities.

DON'T MISS OUT ON YOUR CHANCE TO WIN A CARPARK IN VPAC FOR SEMESTER 1 2020!