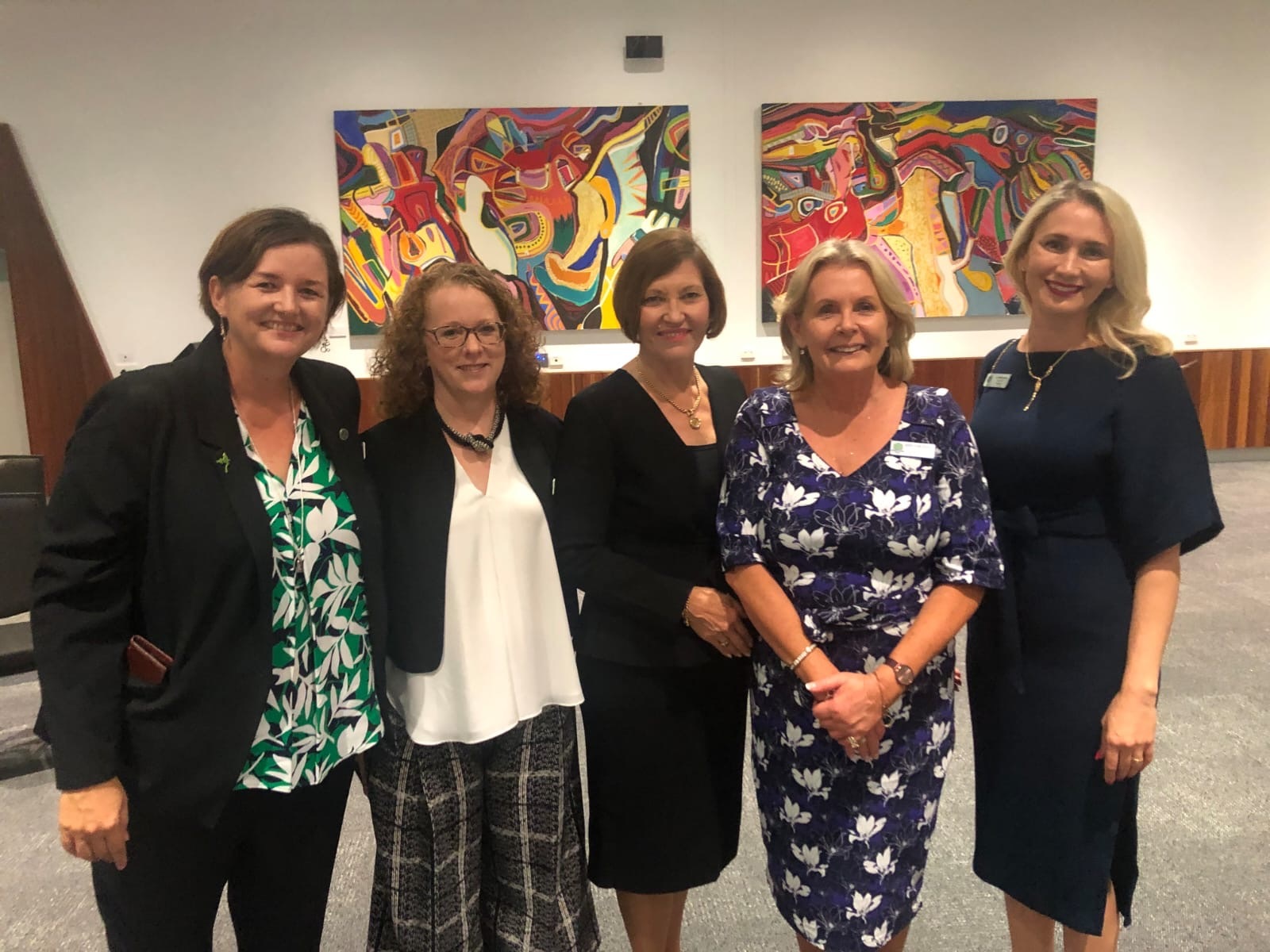 The Somerville community gathered for a special One Somerville farewell to Florence Kearney (Somerville House Principal 2011 - 2017) held in the Honour Room, Foundation Building on Friday evening 7th February, 2020.  While this had been a long awaited tribute to Flo's time as Principal, it did not disappoint in paying credit to her multiple achievements in the role. It was lovely to see such strong attendance from all facets of Somerville House to celebrate in the achievements of Flo from her time as Principal at Somerville House. The evening provided a fabulous opportunity for mingling and reminiscing. 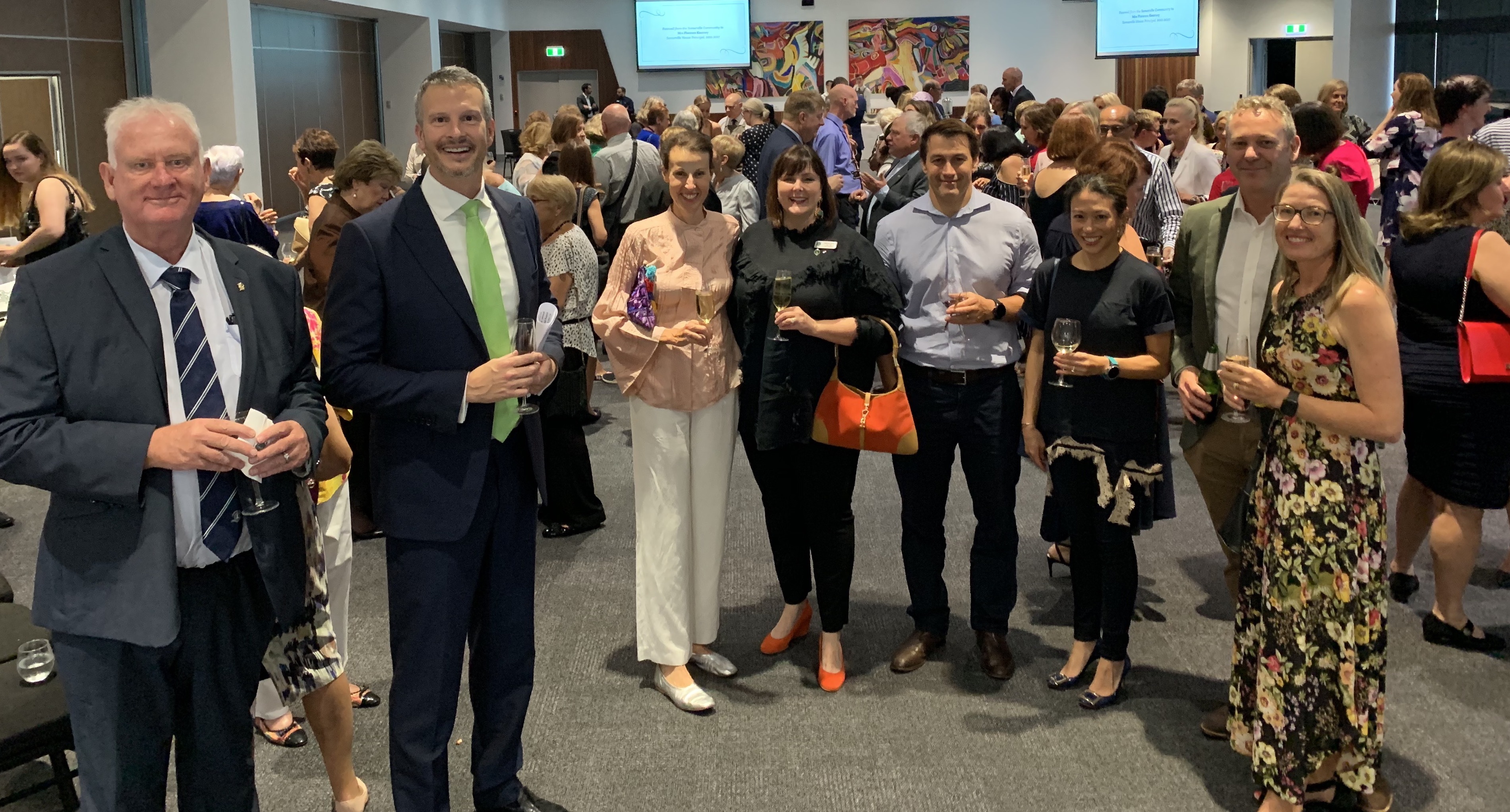 Morgan Parker (recently appointed Chair of PMSA Council following the resignation of Greg Adsett) reflected on the multi-talented role required of a Principal. He gave credit to Flo's embodiment of this multi-faceted role - reflected in the multiple successes achieved under Flo's stewardship; both capital works, as well as the strong culture of achievement at Somerville House resulting in large increases in student enrollments. Please see the full speech attached. Morgan Parker and David Baker (Moderator of the Uniting Church Queensland Synod) presented Flo with bouquets of flowers.

Andrea O'Halloran (P&F President) also gave credit to Flo's successes, in particular noting Flo's dedication and instigation of a 'One Somerville' approach in bringing together the multiple arms that make up Somerville House. Together with Dominique Layt (Chair of Foundation) and Liz Washington (OGA President) presented Flo with a gift. 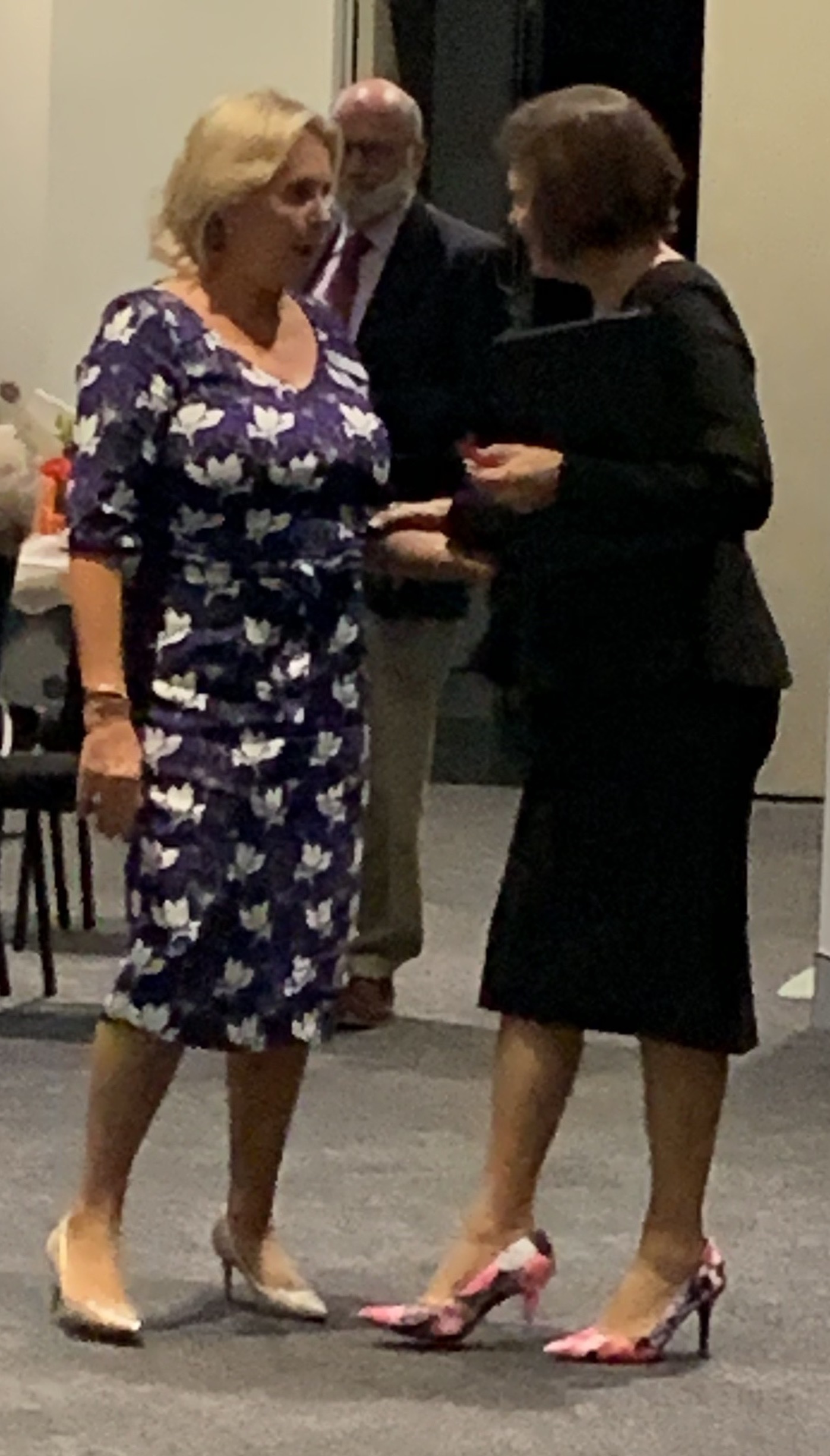 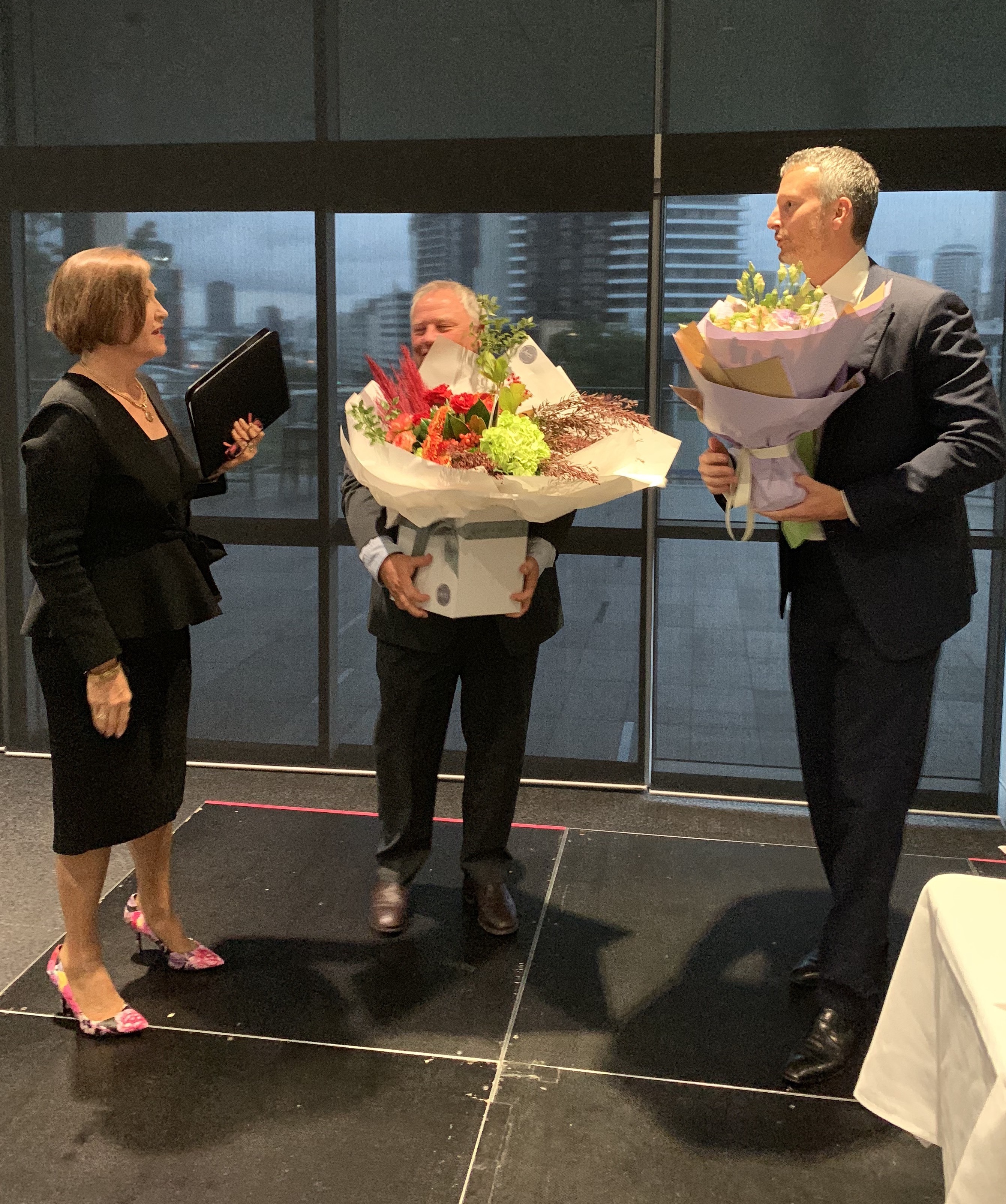 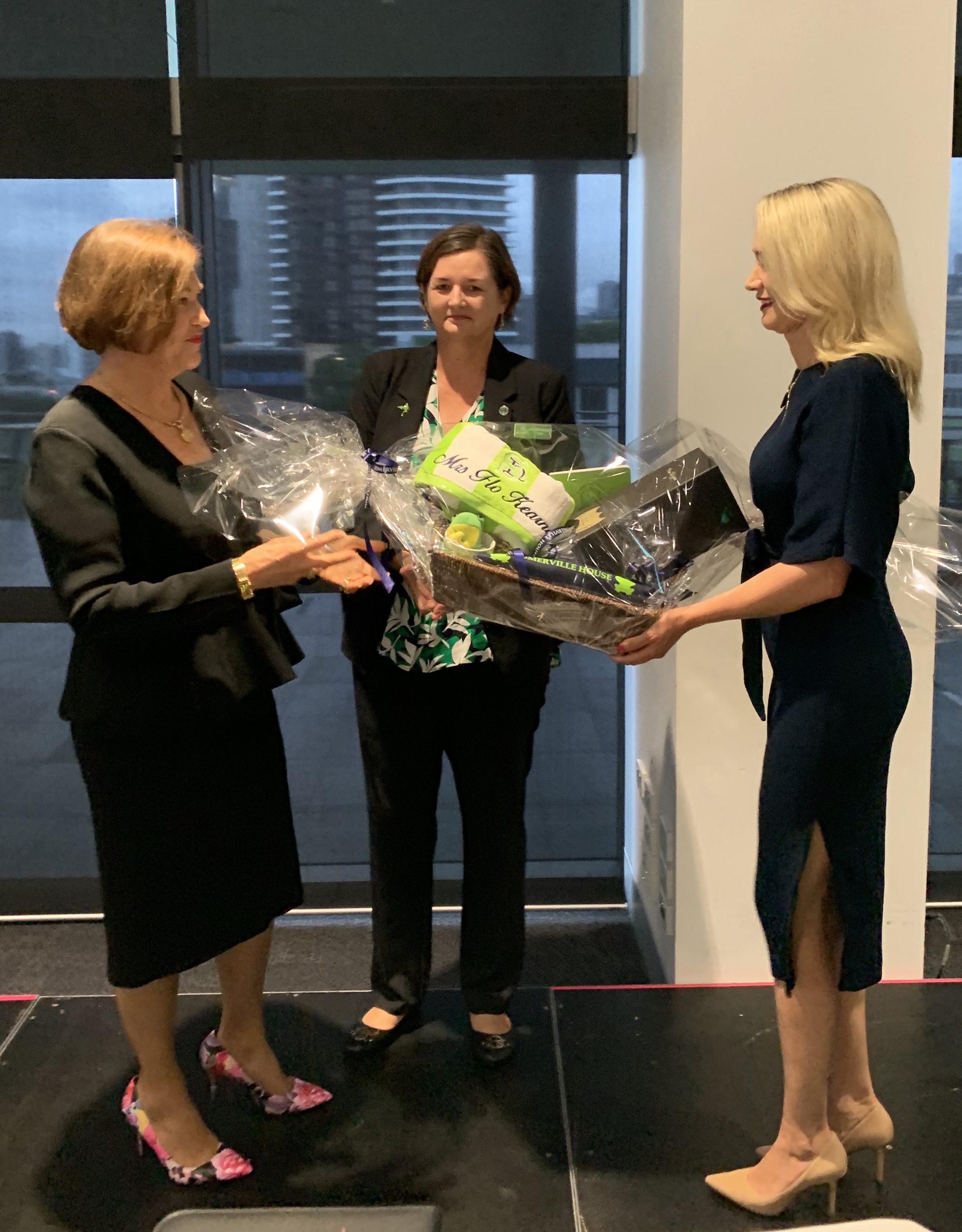 Flo spoke both eloquently and warmly about her time at Somerville House and took time to pay credit to the many staff and volunteers who were instrumental in her successes, many of these in attendance on the night.  She spoke of her desire to see the promised Betty Churcher Art Gallery come to reality and her pride in the completion of the new library.  Somerville House string students along with recent graduates of Somerville house lead the audience in a rousing rendition of the school hymn "Honour Before Honours" accompanied by Tim Smetham on piano and Loretta Fin on violin.  The hymn was commissioned by Flo in her time as Principal and provoked an emotional response from both Flo and many others in attendance.  On behalf of the OGA we are pleased to have been able to be a part of congratulating Flo on her many achievements and paying our respect to her obvious devotion to the school.

To borrow from one of Flo's quotes on the night the staff, students and extended community of Somerville House will carry their memories of their time at Somerville House under the stewardship of Florence Kearney "wrapped up in a large green bow".

We will be looking to include a video of Flo's speech from the night for all who could not attend.  Keep a look out for this. Please feel free to leave comments below the article to pay tribute to Flo's time as Somerville House Principal and we will be sure to pass these on to her. 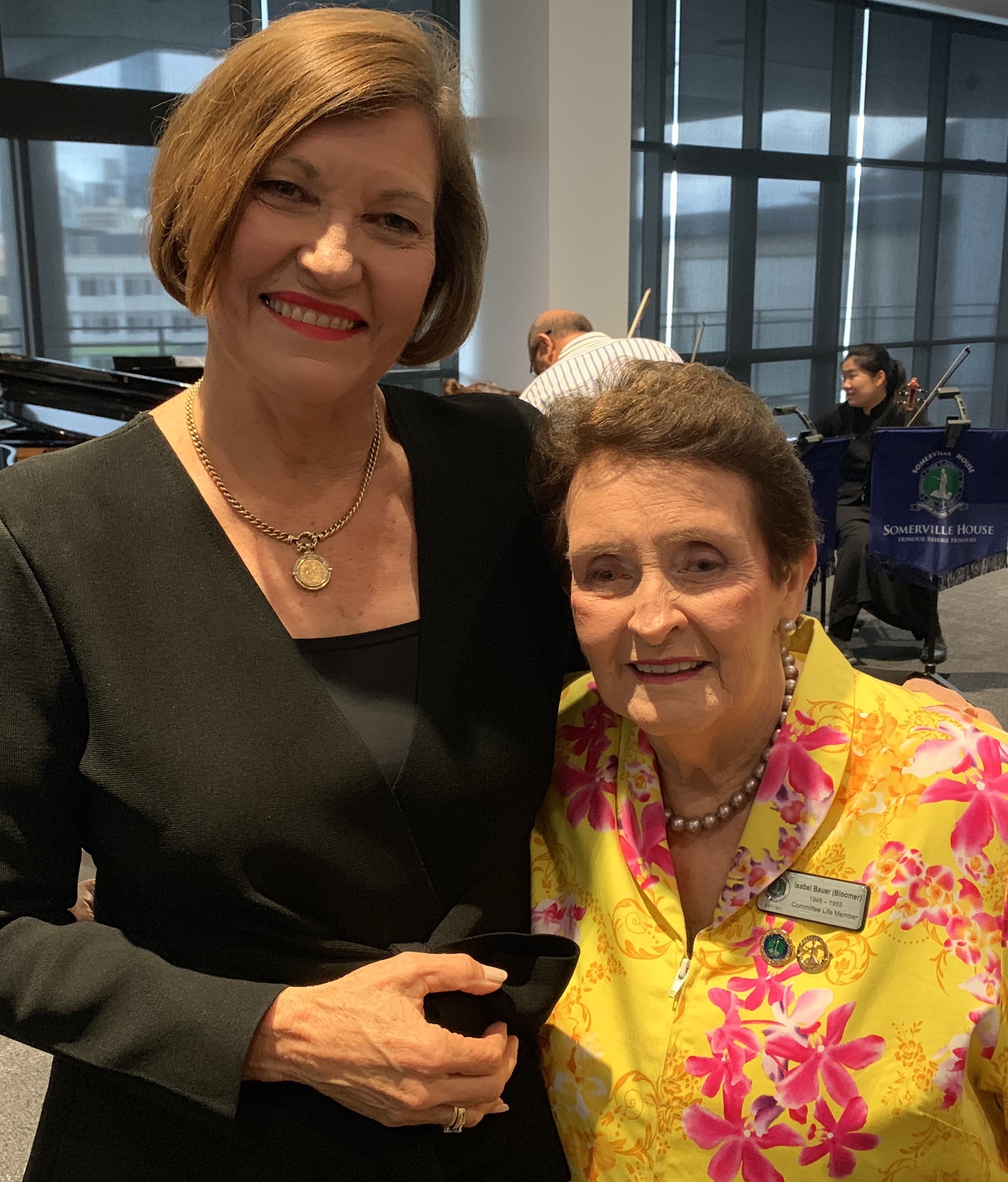 We were fortunate to receive footage of Flo and Morgan's speeches, which are posted here with their permission: