Julia Price (Class of 1988) Australian Cricketer, Unsung Hero and Inspiring Old Girl.  After an amazing career in Cricket, Julia has faced and overcome some of the hardest moments of her life losing both of her parents and her brother and facing her own battle with breast cancer. Her positive outlook and reiliance are inspirational. She was recently appointed as the first female coach in the Big Bash League. 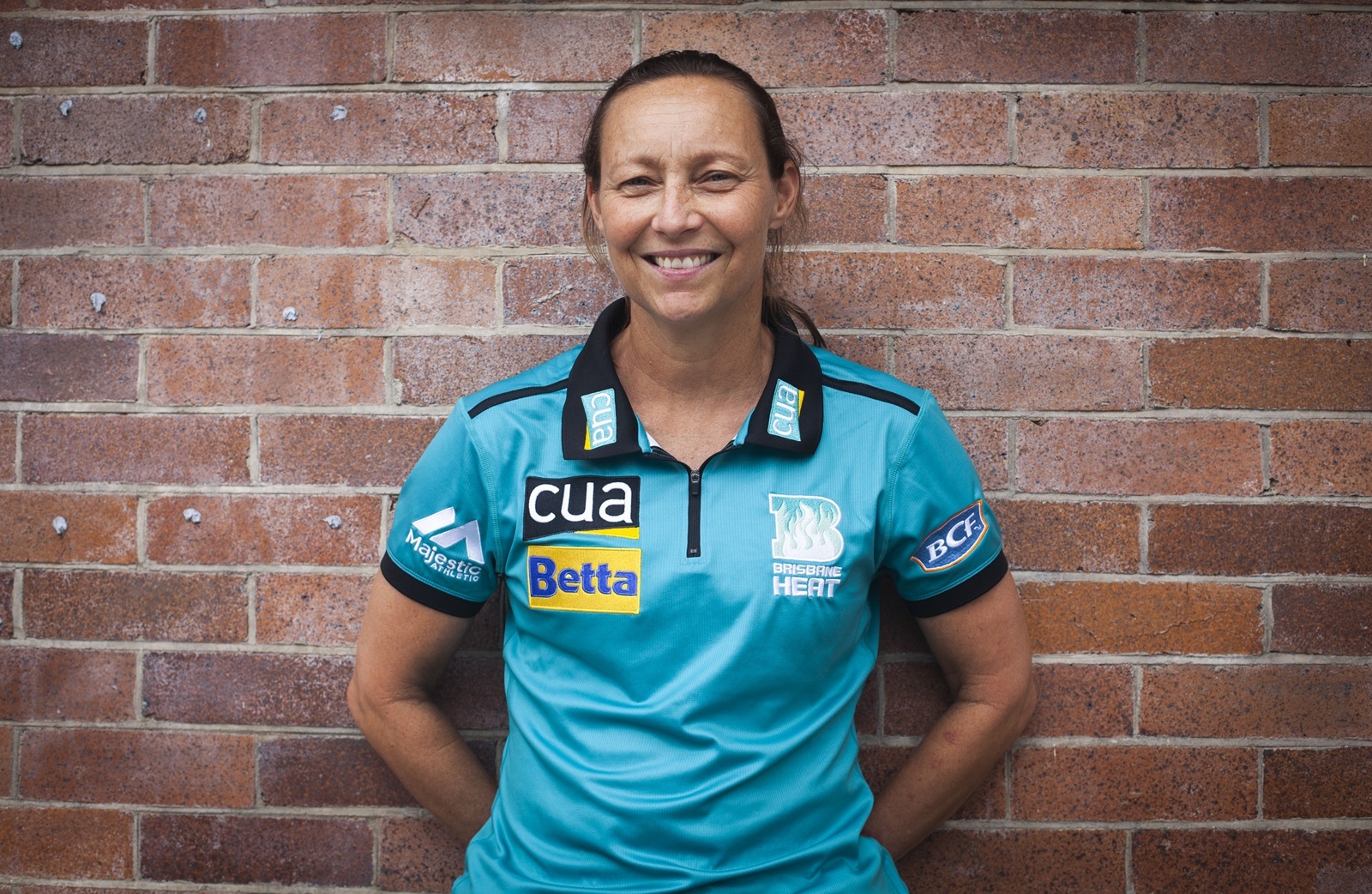 Cricket News recently (29th January, 2020) put the spotlight on one of the unsung heros of Women's Cricket, Julia Price (Class of 1988). We are pleased to share some of Julia's journey here.

Julia enjoyed every and any sport as a child and was content in the opportunities and friendships she had while at Somerville House. She has strong memories of the anticipation she felt during the televised "Summer of Cricket" growing up where she would hear the "C'mon Aussie, Cmon" jingle. Julia was intially unaware of women playing cricket until Year 12 (1988) while holidaying in Melbourne she discovered the Women's World Cup final being braodcast live from the MCG and the seeds were sewn. She enlisted in Brisbane club "Easts" on her return and found herself in the role of Wicketkeeper.

In February 1996 she was selected on the Australian Womens team. Julia recounts many hilarious anecdotes of her time with team mates off the field and the bonds of friendship from this time are treasured as is her time on the field. Julia enjoyed enormous success in her time both as a wicket keeper and batter playing for more than a decade in the Queensland team and playing 10 test matrches in the Australian team. She played her last test match against England in 2005. Julia was also a member of the Australian team when they won the Women's Cricket World Cup in 1997.  Her career with Queensland cricket ended not long after her mother's diagnosis of Pancreatic Cancer in 2006.

She was able to re-enter cricket when Tasmania gained entry into the Women's national T20 competition two years later as a middle-order batter finally retiring from cricket in 2012 moving into coaching roles. Julia was the Head Women's Coach at Cricket Tasmania from 2013 to 2018.  Over this period of time there was enormous progress in women's cricket and growth in the popularity of girls playing the sport. She had enjoyed numerous coaching roles overseas prior to this in Ireland, Holland, Scotland and South Africa which went on hold during her mother's illness. She also played an integral role in growing the women's AFL in south-east Queensland.

While we are in awe of Julia's achievements both on the cricket field and as a coach inspiring the future women cricketers of Australia, it has been her resiliance in facing extraordinary loss over the last decade that provides true insight into the character of Julia Price. Both Julia and her brother were adoped by her parents (Wendy and Graham) and while Julia was content in her early life with this knowledge, her brother struggled with this concept which lead on to a long battle with additictions and time in jail. Her mother, Wendy, had provided enormous support to her brother until she passed away from Pancreatic cancer in 2006. Julia became the primary support to her brother, her father having decided to stop talking to his son. Julia split from her partner in early 2014 and was then diagnosed herself with Breast Cancer in March 2014.  While fearful during this period of time Julia was able to maintain a positive outlook, characteristic of her approach in life. After undergoing treatment for 8 months she is 5 years on in remission.  Her optimistic reflections on this time demonstrate her resiliance;

"It sounds weird but in a way it was a nice sort of time, because I got to spend quality time with people close to me," she says.

"It also makes you reflect on your life, and the direction you're going: what you want to do; what are your values; what do you really cherish in your life?"

Not long after her recovery from cancer, Julia's father, Graham, was diagnosed with Pulmonary Fibrosis in 2015 and passed away in November.  Having lost both of her parents and with her brother remaining incarcerated this was an incredibly challenging time where she continued to remain a support to her brother.  Her brother's release from jail and move into a half-way house provided an opportunitiy to reflect on more positive times when they were children.  However not long after this her brother overdosed in his bedroom, leading to another devastating loss in Julia's life.  This was the third funeral that Julia had organised and the last of her immediate family members.  Australian cricket great and life-long best friend of Julia, Mel Jones, and her other long-term school friends were here to help her at this very difficult time. A period of travel also helped her to process these difficult life experiences and ultimately lead her to her current position where she was appointed as Head Coach of the United States Women's cricket team in March, 2019. While there is no current female cricket team competition in America, with Julia at the helm we look forward to watching the growth of women's cricket in the USA.  This summer Julia also became the first female to hold a coaching position in the KFC Big Bash League's nine year history as Darren Lehmann's assistant (Brisbane Heat). It might be within her coaching and development roles that Julia Price will have her biggest impact yet on women in sport. We celebrate your achievements and applaud your strength of character as an Inspirational Old Girl of Somerville House.

Julia faces life with optimism "You've got to dedicate some time to the whole process of what's happened and how it's affected you, but at the same time it can just drag on and on and on, and get ridiculous," she says. "There's a time where you have to say to yourself, 'OK, I've dealt with that, I know what it is now, how do I keep moving forward?'"

All quotes from this story appeared in Cricket.com.au news article "Borrowed Time: the trajedies and triumphs of Julia Price".