The OGA would like to wish Margaret Thurgood (Broadbent) (Class of 1936) a very Happy 100th Birthday!  Margaret recently shared the special celebration surrounded by more than 100 close family and friends who travelled from Perth, Melbourne and Sydney to attend.  Margaret's daughter, Suzanne Morton (Class of 1969) shares with us highlights of a life for Margaret well lived and well loved, Inspirational.  We are pleased to share this story along with some very special images from Margaret's time at Somerville House. 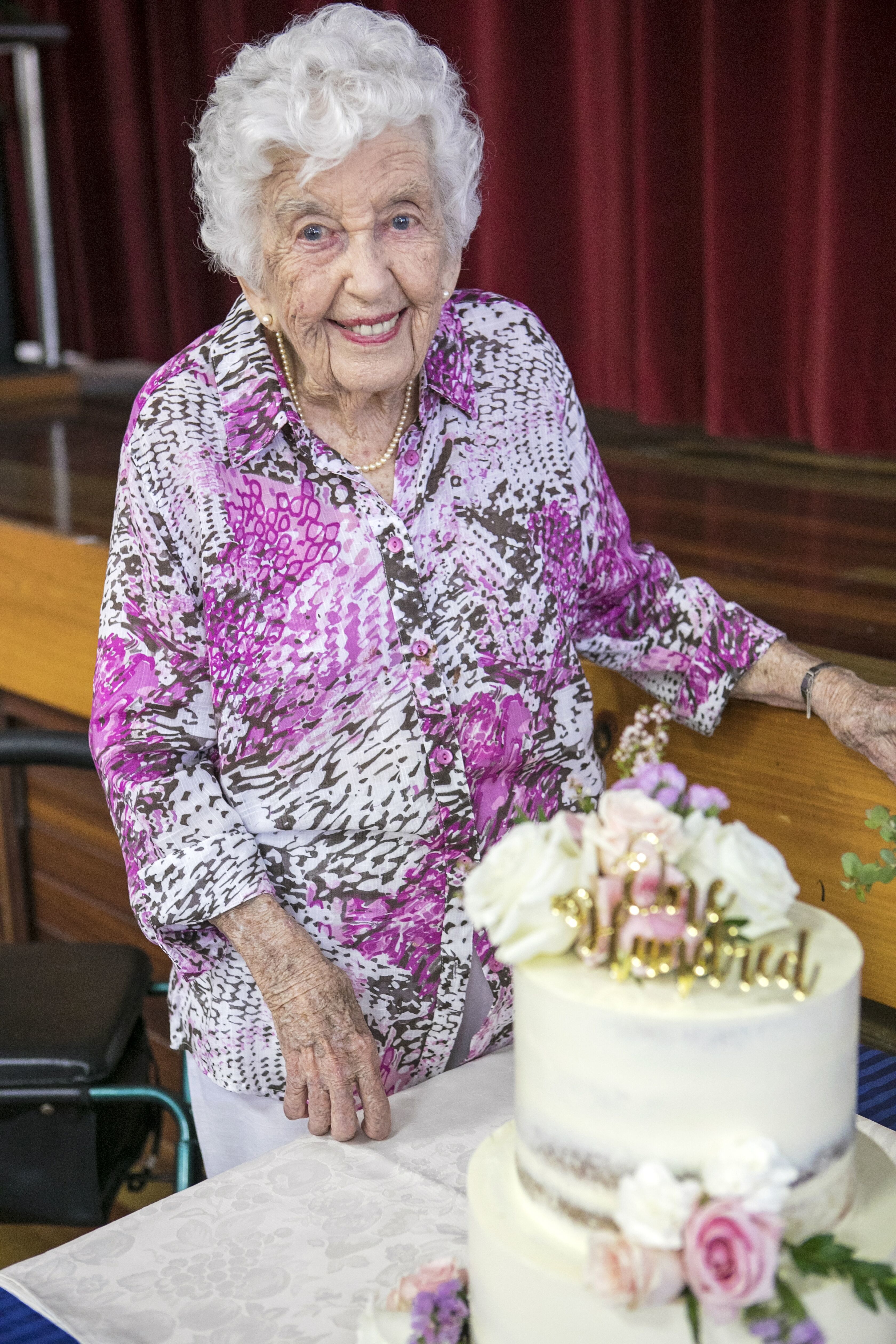 Margaret Broadbent started at Somerville - class of 1936 born in Brisbane 18-2-1920, to Joseph and Daisy Broadbent. Joe was a barrister and the Parliamentary draughtsman. She helped in the library during her senior years and graduated dux of the school at 16 years old. Miss Craig was the principal.  She learned to play the piano, her mother being very talented. 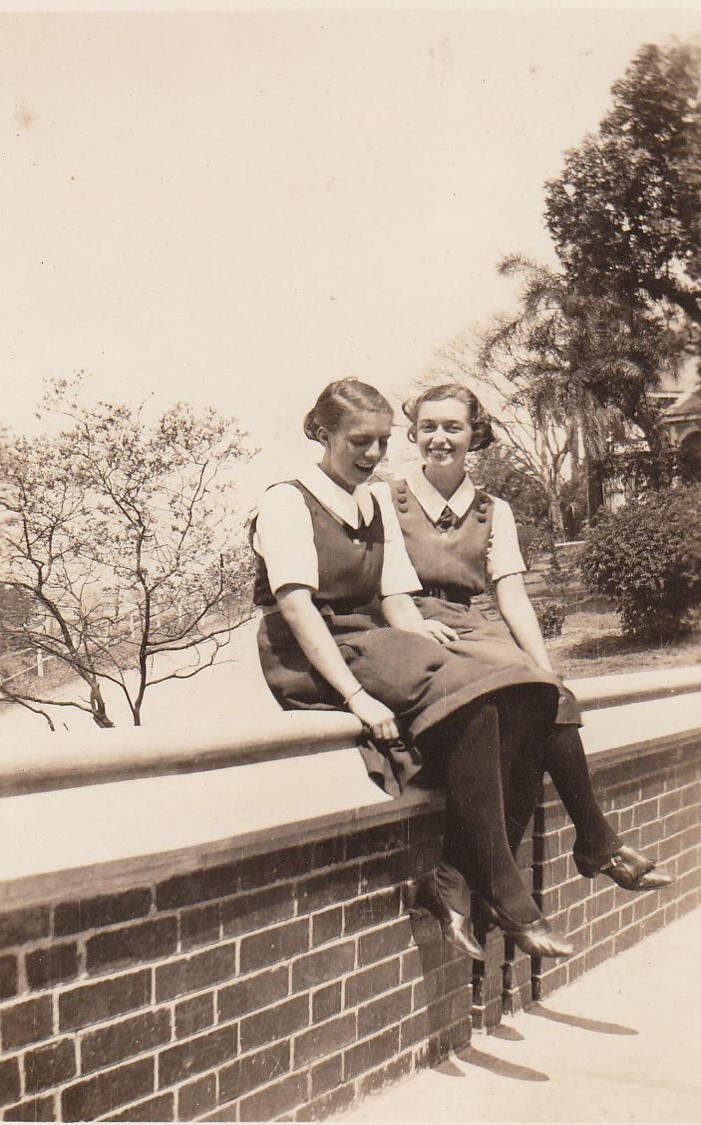 Margaret pictured on the right,

Margaret had an aversion to sports and on occassion avoided it by tying her sandshoe laces together at the ends, putting them around her neck, and waiting out the lesson by sitting up in one of the trees at the end of the running track. Not sharing that story with her daughter until a few years ago, much to Suzanne's surprise. 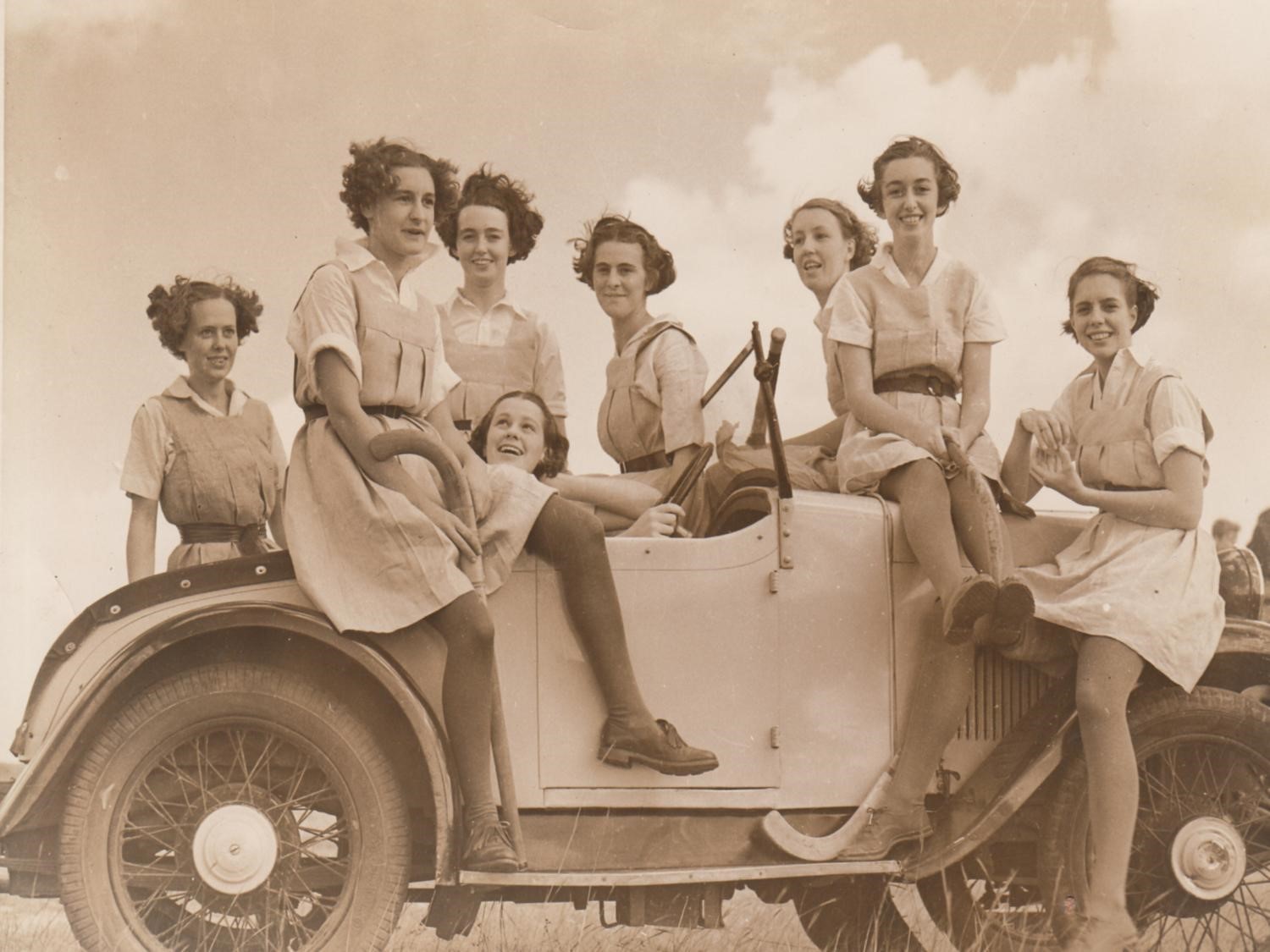 Margaret pictured second from right on the bonnet of the car.

She went to university and graduated with a science degree in Chemistry and Biology, having done Honours maths at first year.  It was there she met her future husband, Dental student Ken Morton. The University was at that time in the gardens at North Quay. Having graduated she worked at the Department of Stock (later Primary Industries) at the Animal Health Station at Indooroopilly, Brisbane, as assistant to the Parasitologist. When she started he had her unravel a tapeworm from a pig which stretched to the gate, she returned the next day for work, unfaised. She married and as war had broken out and the Parasitologist had joined up, she was able to retain her job. Ken was a flight lieutenant and dentist in the air force in New Guinea. 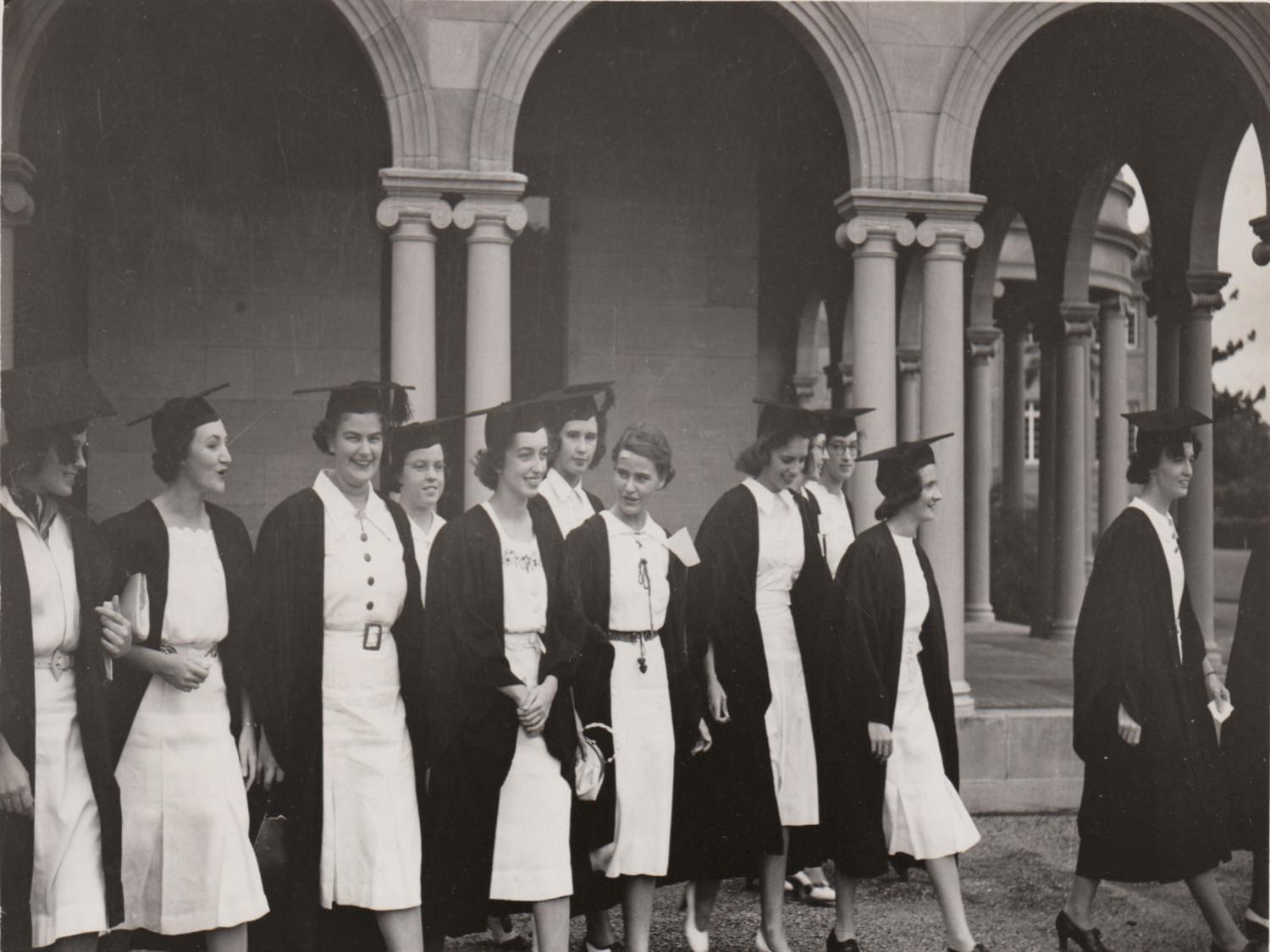 Graduation - Margaret picture at the front (fifth from the left)

She kept in touch with all her school classmates over the years, and many of her Uni friends, and often met them or spoke to them on the phone. After the war she remained at home, but never still, was a great worker for the church. Ken had a dental practice that had moved to Queen Street, City, and Margaret did all of the accounts for the business and graduated from the Helena Kaye dressmaking academy, she knitted and sewed and cooked for her family and others, extremely well, golfed, and played lawn bowls. Her widowed mother lived with her until she passed in her 90's. 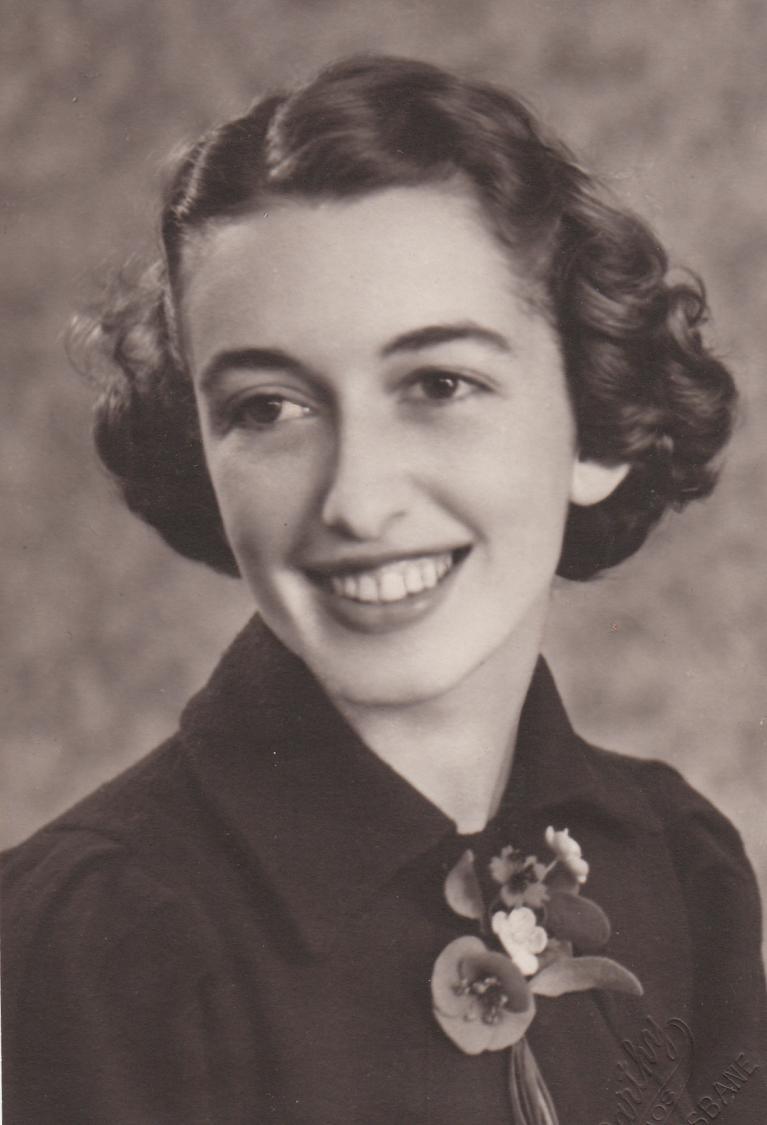 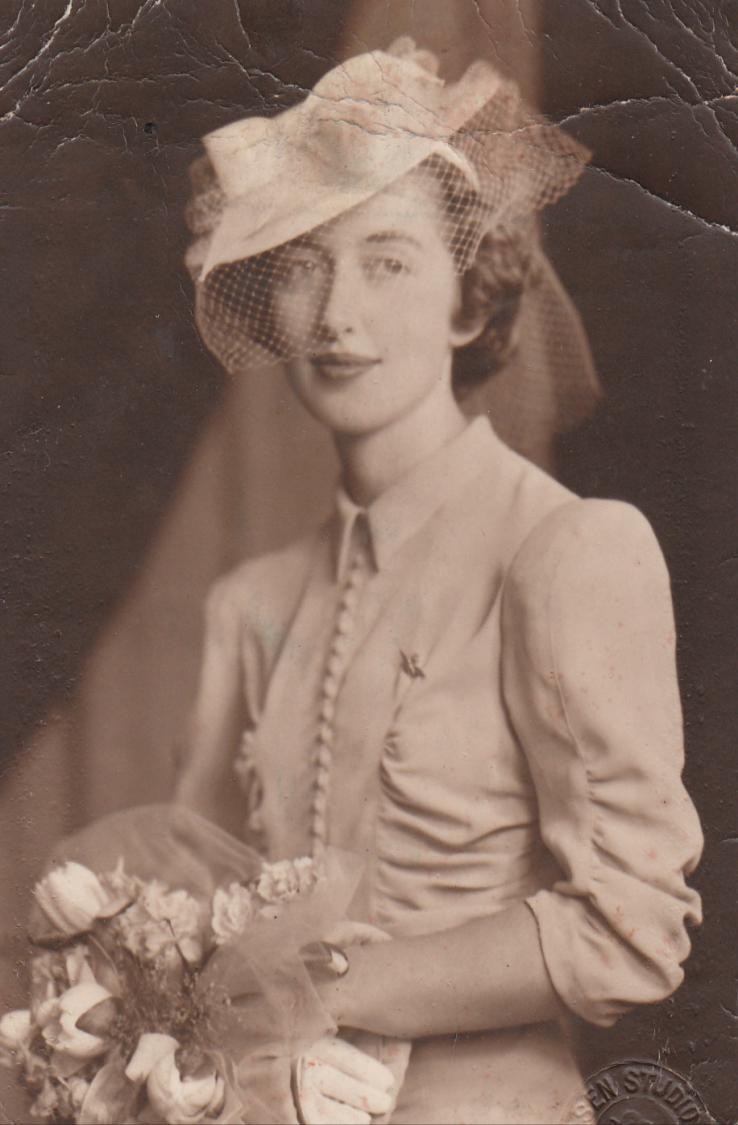 Ken died in 1969 from cancer, and Margaret returned to the workforce, this time utilizing her Chemistry degree, and working at the agricultural chemistry lab, in the Department of Primary Industries. Three of the young men who had worked at that lab were present at her party. She married Jack Thurgood in 1973 and she acquired 4 step children. After he retired they spent many happy years working for the church and travelling overseas, making friends on the tours, many of who are still in contact.Her cooking and sewing being much in demand.

After Jack passed she moved to a unit at a retirement village in Durack, and joined many groups and interests, and at 100 still retains her independence in her unit, cooking and entertaining her friends and family, and still knitting squares into blankets for those less fortunate.

In her late 90's she was still making her many great grandchildren her "special pink Birthday cake," as she had done earlier for her grandchildren.

In her 80's she learned to do patchwork, and china painting and has made some beautiful bedspreads, hats, cushions and purses, for family and friends.  She is well known for her kindness to others, often stopping in on people, on her scooter, that are lonely or needing some help.

Margaret and Ken had one son, Roger and seven years later adopted Suzanne (Class of 1969) who have 8 children between them, and numerous grandchildren - most of whom were at the 100th Birthday party along with some of her step-family and well over 100 others.  People travelled from as far as Perth, Melbourne and Sydney to attend and all agreed it was a wonderful day, with the star of the show being much loved and hugged.