I imagine that we have always had active birdlife on the school campus, even during my schooling years in the mid-1980s.

Its only now, as an Old Girl and current mum, that I have patience to appreciate their presence on the school campus.

There are many different birds that fly onto, and sometime remain to nest on, the school campus including: Masked Lapwing, Australian Magpies, the occasional Pied Currawong, and plenty of friendly Brush-turkeys.

I would like to concentrate on two of my favourites for this piece: the Australian White Ibis which represents resilience and adaptation to changed surroundings, and the Bush Stone-curlew which always seems to be introducing the next generation to school life. 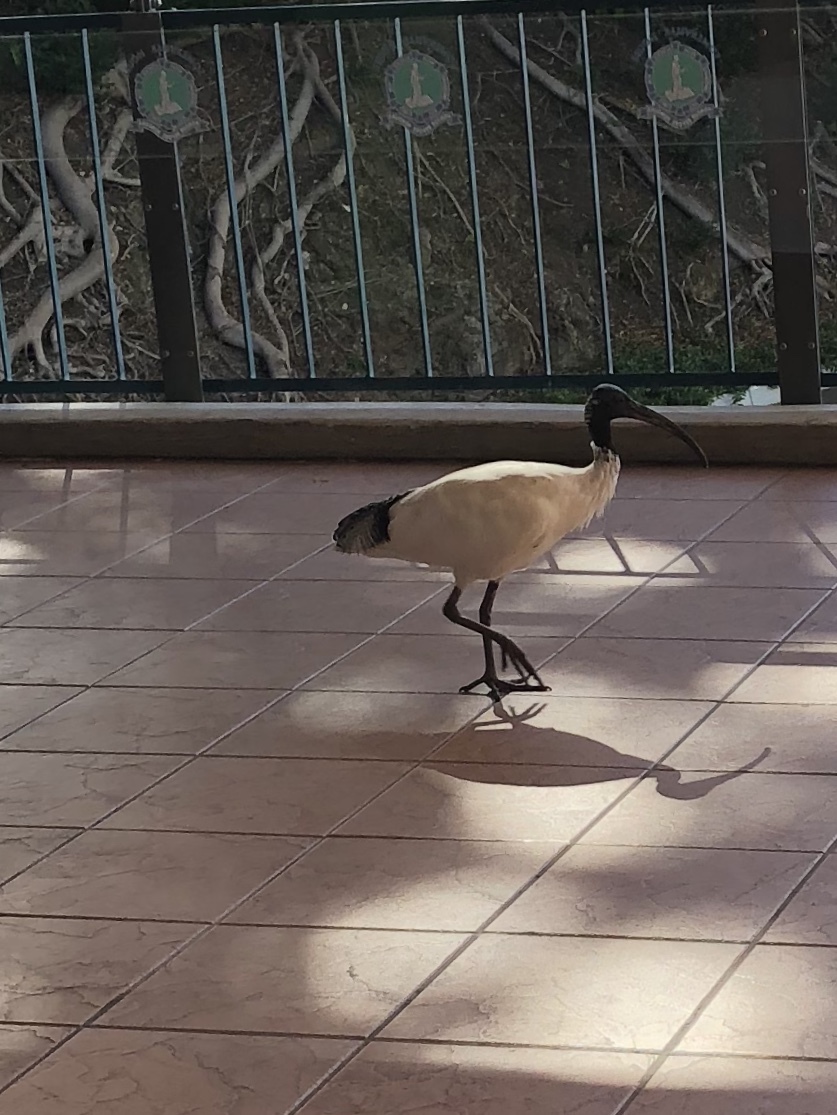 The Australian White Ibis pictured above, casually strolling around VPAC waiting for the bins to be left unattended.

The Australian White Ibis is one of three Ibis species in Australia and has become ubiquitous in urban areas.It is a wading bird whose natural habit is the wetlands and it has been driven into urban areas by drought and by over population.

It is identified by its white body plumage and black featherless head and neck. It has a long, black, downcurved beak ideal for digging into the mud and sand to locate its food of choice - crayfish and mussels. Given its new life in the urban environment, is had adapted to foraging through bins.

The Ibis is thought to have been one of the first birds that Noah released from the Ark as a symbol of fertility. 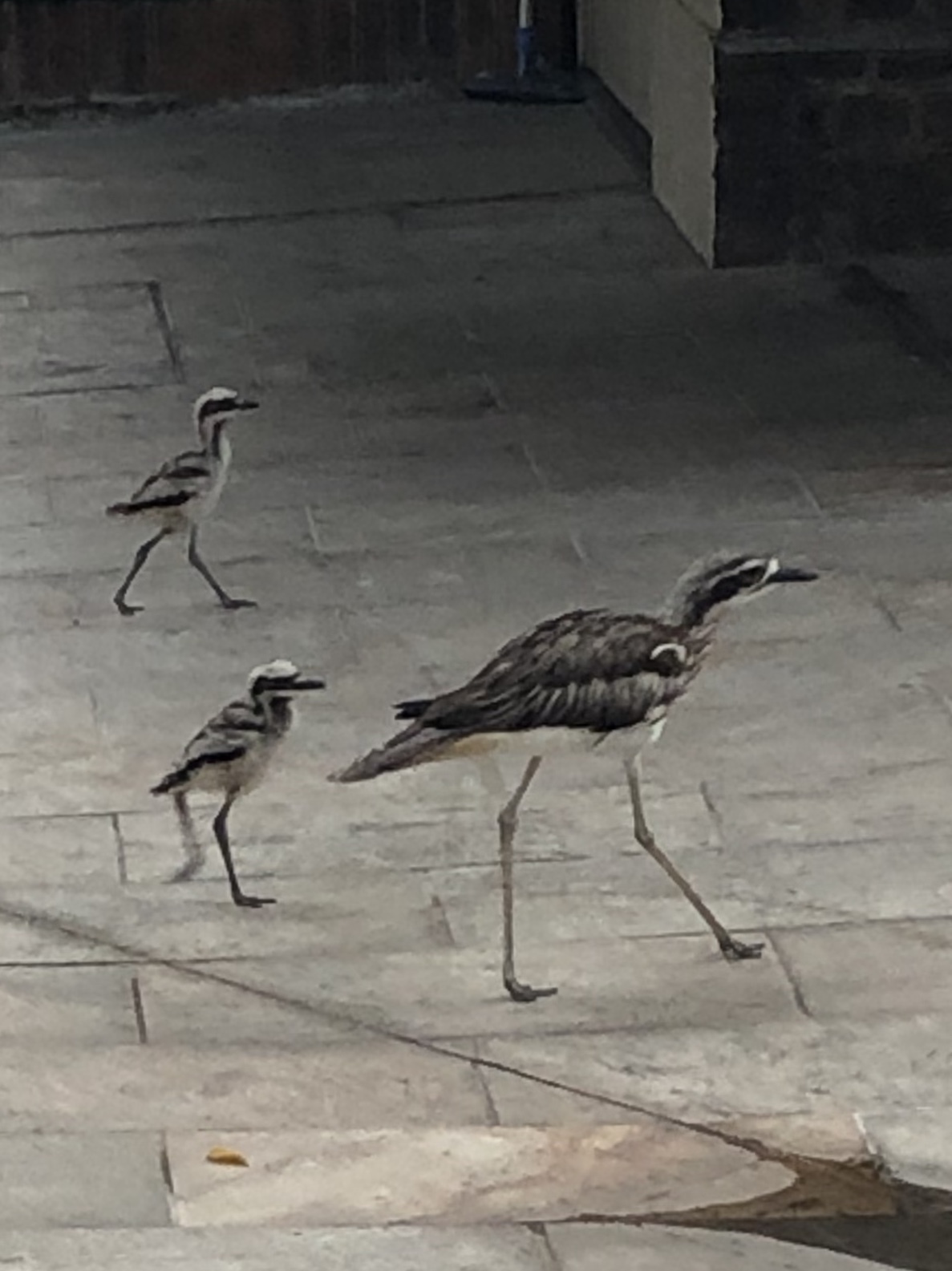 The Bush-Stone curlew pictured above , darting out to show its young around the VPAC seated area at night.

The Bush Stone-curlew is a bird endemic to Australia. It can fly although is fast and agile on the ground. It is a ground dwelling bird that scavenges for food, insects, molluscs and small lizards mostly at night.

It relies on is variegated plumage to camouflage it during the day. Both parents incubate the eggs and care for the young.

The Bush-Stone curlew does not resemble any other bird in Australia. I think if you look closely you can see why scientist believe that birds are descended from dinosaurs!

Congratulations OG Rebecca Bauer (Class of 1988) on her new appointment