Survivor of the Spanish Flu, Dux of 1919 and the first doctor to graduate from Somerville House 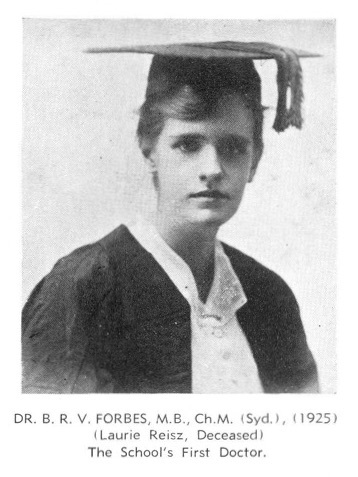 Since its commencement in 1899 Somerville House has graduated many girls who have progressed onto university to study medicine and to have careers as doctors. So popular is the study of medicine that in recent years the school has welcomed speakers from various university programs to address the interested senior school girls at a 'medicine information night'. Laurie Reisz, was our first graduate to become a doctor. Lawrence Ruth Reisz, or Laurie, attended Somerville House from 1915-1919. During those years the school was known as 'The Brisbane High School for Girls' and was situated on Wickham Terrace, Springhill. The site was called Erneton. The school became known as Somerville House following the move to South Brisbane in January 1920.

Laurie was an only child. Her father, Ferdinand William Reisz, the eldest of seven children was an electrical engineer. Her mother, Margaret Alice Sleightholm, known as Alice, was the sixth of twelve siblings. She was one of the first nurses to train at the Launceston General Hospital. She met her future husband when caring for him as a patient. Doctors advised the couple to move to warmer climates for Ferdinand’s health. They married in Brisbane but then moved to Charters Towers where Alice continued her nursing career under her maiden name as the Matron of the Children’s Hospital. They returned to Brisbane for Laurie’s birth in New Farm on 20/01/1901. Perhaps her parent’s commitment to higher education and her mother’s flouting of the rules to continue to work despite marriage inspired Laurie’s medical career.

Laurie was “a very satisfactory pupil” as recorded on her permanent school record by co principals of The Brisbane High School for Girls, Misses Harker and Jarrett. She was in fact very tenacious and academically able. She received prizes for achievements each and every year of her five years at school. In 1915 she received second prize for needlework. In 1916 she received third prize in her form class. In 1917 she was equal dux with prizes in French & Latin and Mathematics. In 1918 she received 4th prize for her junior examinations. A poem written by Laurie in 1918 was included in the school’s newsletter. Despite being absent from school for some time in her final year, 1919, due to a “mild” case of the Spanish Flu, she was awarded Dux of her class. She matriculated soon after. 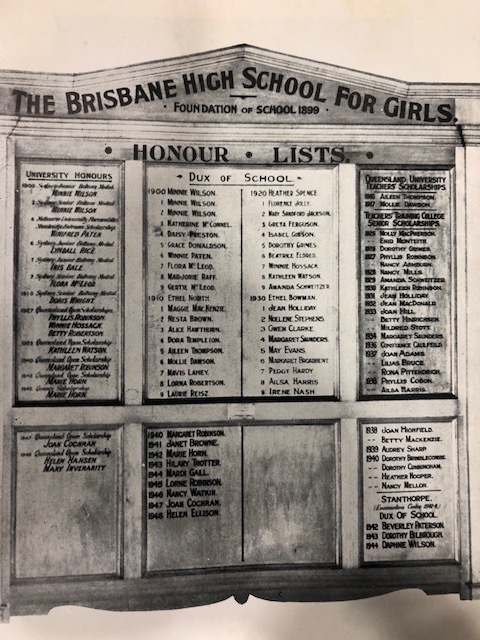 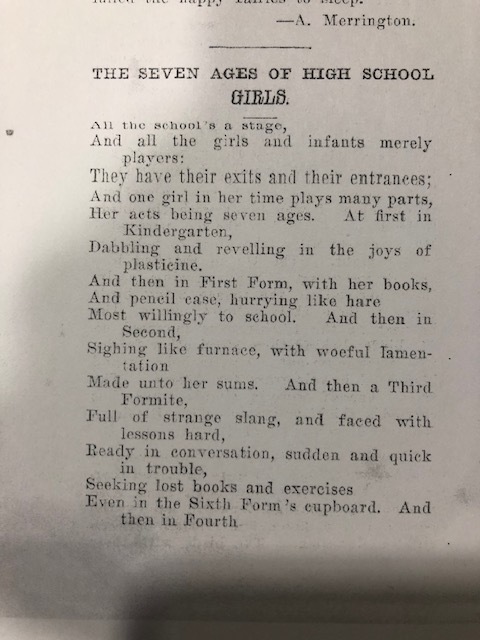 As a side note, given we are currently facing the 2020 pandemic of Covid 19, Laurie and another class mate both had “mild” infections due the Spanish Flu. Her classmate’s mother died due to the infection. At that time in Australia, 40% of the population was thought to have been infected however Australia suffered the lowest death rate, 2.7%, of any nation.

Laurie attended the University of Sydney to study medicine, the second of two established medical schools in Australia. The University of Queensland Medical School was not opened until 1936, almost two decades after Laurie finished high school. Laurie was one of 3 women to graduate in the cohort of 39 medical students, in 1925.

In 1925 the degrees conferred from the University of Sydney included a Masters of medicine and a Bachelor of surgery; Ch.M. M.B. The degrees were registered on the Colonial List of British Medical Register. First year residency following graduation was done at the Sydney hospitals, possibly the Royal Prince Alfred or Sydney Hospital. Dr Laurie Reisz returned to Brisbane to work at the Brisbane General Hospital from 1928 to 1933 as a medical registrar.

Laurie had joined the Old Girl’s Association as a life member and she corresponded regularly with the principals and the OGA committee. Details of many of the highlights of her post school life are included in the school magazine, “Honour before Honours”. She became engaged in 1930 and subsequently married Dr Brucklay Robert Vincent Forbes in Camooweal on 08/03/1933. He had graduated the University of Sydney in the cohort the year after Laurie. Following her marriage, she worked in Camooweal and then Melbourne. She visited the school campus to show her husband the school prior to leaving for Melbourne, this visit was noted in the school magazine.

The couple settled in Rockhampton. Laurie stopped working following the birth of her sons, one in 1937 and the other in 1939. In 1937, the then Mrs. Brux Forbes visited with the past principal Miss Jarrett and the OGA secretary during their midwinter trip to North Queensland, in fact they met for 25 minutes on the Rockhampton railway station platform! Laurie attended an OGA afternoon tea reception in Brisbane in October 1938. These social events were documented in the school magazine.

Sadly, Laurie died on 11/06/1943 in Rockhampton, survived by her husband, daughter and three sons, as well as by her own father. Her legacy to the school as the first doctor to graduate despite suffering the Spanish flu in her final year, becoming Dux, the need to move to Sydney for her tertiary studies and graduating as one of three girls in a class of 39 lives on as an example of resilience and perseverance.

Included are photos of Laurie’s poem written for the school magazine in June 1918, her award as Dux of 1919 listed on the plaque, and her picture when she graduated medicine in 1925.

If you are interested in reading about some of the other Inspirational Old Girls we have featured please click HERE.  Please reach out to us at connect@somervillehouseoga.com.au if you would like to update us on Old Girl news and achievements.