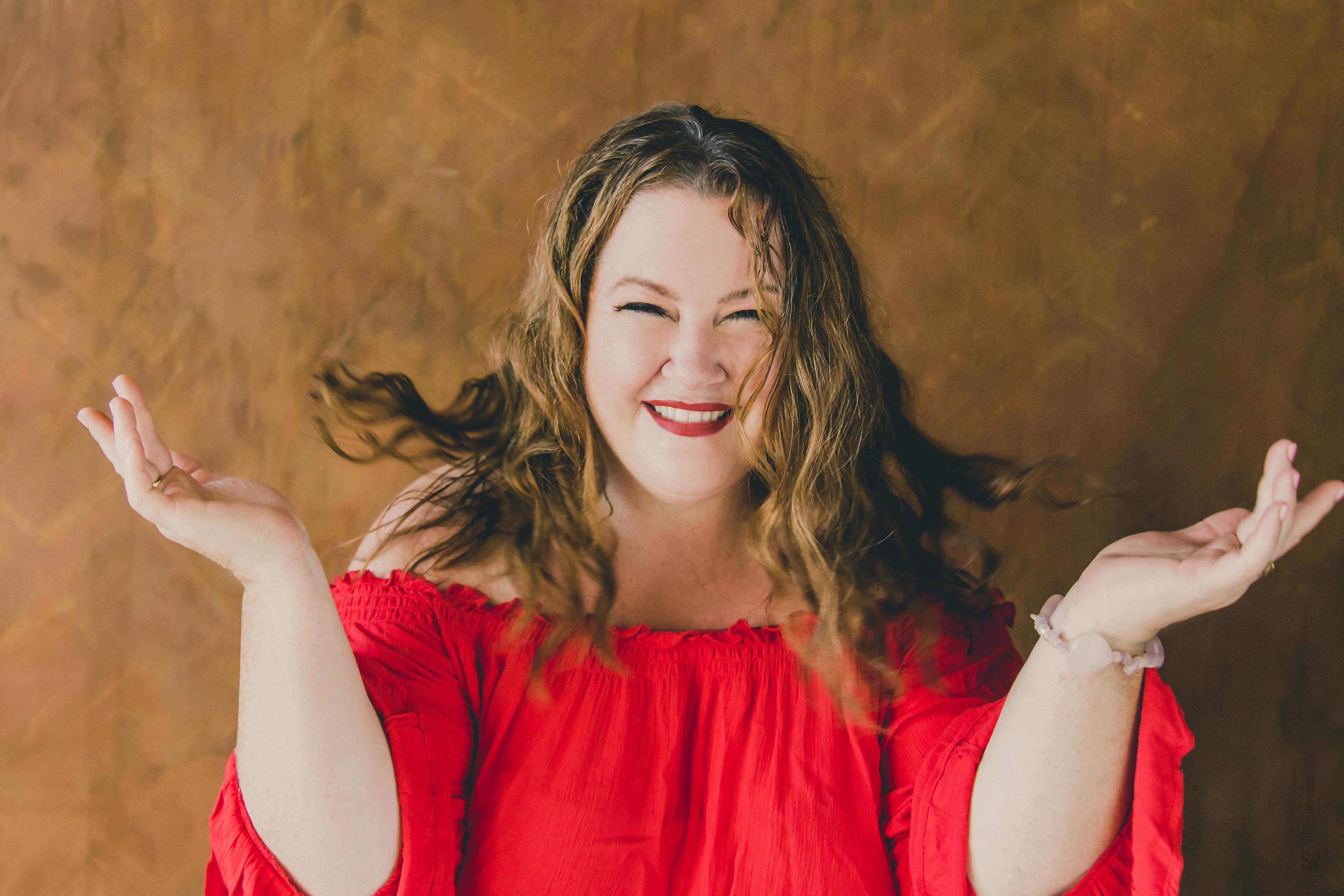 Nance Haxton, ‘The Wandering Journo’, is a two-time winner of Australian journalism’s most prestigious honour, a Walkley Award, as well as a dual winner of the Clarion Award for excellence in Queensland journalism. Nance has also been awarded a silver and two bronze trophies from the New York Festival World’s Best Radio Programs Awards. Described as a beautiful, safe, girls only environment, Somerville House adequately provided for what Nance needed to start her discovery of life.  We can proudly call this outstanding journalist our Somerville Sister!

It was a privilege and an honour that Nance had some time to give me to discuss her amazing career today, as well as the journey she has taken from being a Somerville House schoolgirl to a world-recognised Journalist.

Nance grew up in Mount Gravatt with her family and earned herself an opportunity to attend Somerville House on a half Scholarship.  Nance said, ‘It was such an important thing, especially coming from a working-class family. Going on the path to Somerville, opened up a new world. I didn’t know a soul when I started, but the friends I made then are still my friends today.’

When I asked Nance what her memories of school were, Nance replied after some consideration, ‘I vividly remember being taught, how to organise myself’. Nance was a creative soul from an early age, knowing she wanted to be a journalist from the age of nine. Thirty years later on reflection, Nance has recognised what an important role Somerville had in teaching her a valuable life lesson, ‘How to Succeed and not just sit on your laurels’.

After finishing school, the next steps to becoming a journalist didn’t come easy. Nance had been told this by the Principal before graduating that journalism was not an easy career to follow and that it is highly competitive. The dedication and ambition to succeed was evident, as Nance was determined to complete a Communication Degree at QUT and obtain her first job. Nance missed out on the first round of offers but maintained her optimism and determination. Nance remembers driving out to Bowen Hills with her boyfriend at the time at 2am to check the course offers list in The Courier-Mail, where she was successful on the second round. Nance obtained her degree in Communication and continued to complete her Honours, whilst at the same time trying to find a job in Journalism. Nance’ persistence was rewarded, earning her first job in journalism as a cadet at the suburban group Quest Newspapers, which was the first step to her illustrious journalism career.

Nance forged her early career with the pen at Quest Newspapers for seven years.  It established the foundations for the journalist she is today and where she learnt and established her powerful voice. The next career opportunity that Nance earned was with the National Broadcaster, the ABC.  Nance continued her strong work ethic and determination in order to establish herself within the competitive journalism field.  In order to make herself more recognisable and hopefully get her big break, Nance even committed to doing the Gig Guide on local ABC radio. Nance remembers thinking to herself, ‘I will go anywhere to get an opportunity to get my voice heard, I would go to the Antarctica if they asked.  Well in a way they did! It was off to Port Augusta.’

Port Augusta is a remote location in South Australia, especially for a girl from the city. This is where Nance’s first placement was for the ABC, and also where Nance won her first Walkley award for Best Radio News story in 2001.  The award was given for Nance’ coverage of the Woomera Detention Centre Riots. Stories were not dished out on a platter in Port Augusta and Nance had to work for them. Nance gained the trust of local people as she was there for two and half years and had the opportunity to be their voice. There were few press releases so you had to get out there and find the stories, guiding Nance to ‘expose truthful and insightful stories to a national and global audience.’

It is clear that Nance has a passion for justice and bringing to light stories that need to be told, otherwise they just get swept under the rug or forgotten about. I asked Nance if there was a specific reason or catalyst to why this passion has sculpted her career. Her response was, ‘I have an older brother who has an intellectual disability and I felt like I had to communicate for him, to make his life and my parents’ life easier.’ From an early age Nance had this overwhelming feeling and thought that life was not always fair or just. The passion for journalism and justice is not all about storytelling but actually about reporting on issues of importance. How many times have we sat around at dinner parties, talking about issues that affect us or our family, where we then end up exclaiming, ‘What’s the point of talking about this, nothing is going to change and I cannot do anything about it?’ This is surely a relatable point where on this occasion we can take inspiration from Nance. It’s these barbecue conversations that often give Nance story ideas. Nance has started the conversation and wants it to continue.

Nance’s extraordinary voice has been recognised by her peers and the wider community, exemplified by the many awards that she has won. To be recognised by her peers is very powerful and inspiring, especially so when working in a competitive career like journalism.  A journalistic career can be lonely and a little unrewarding, as most of the time you don’t get feedback on your work unless there is a glaring error. By being awarded multiple commendations, Nance has felt that it was been a powerful tool of assessing her work and getting validation from her peers. When I asked how it feels being recognised and winning these awards, Nance replied, ‘The reward is seeing the change, seeing legislation change, the story is just the start.’  This brings us back to Nance’s original motivation, her brother. Nance is ‘Thankful for having her brother, to show her what was not just, what was not fair and to notice things in a system that others may not have seen.’ 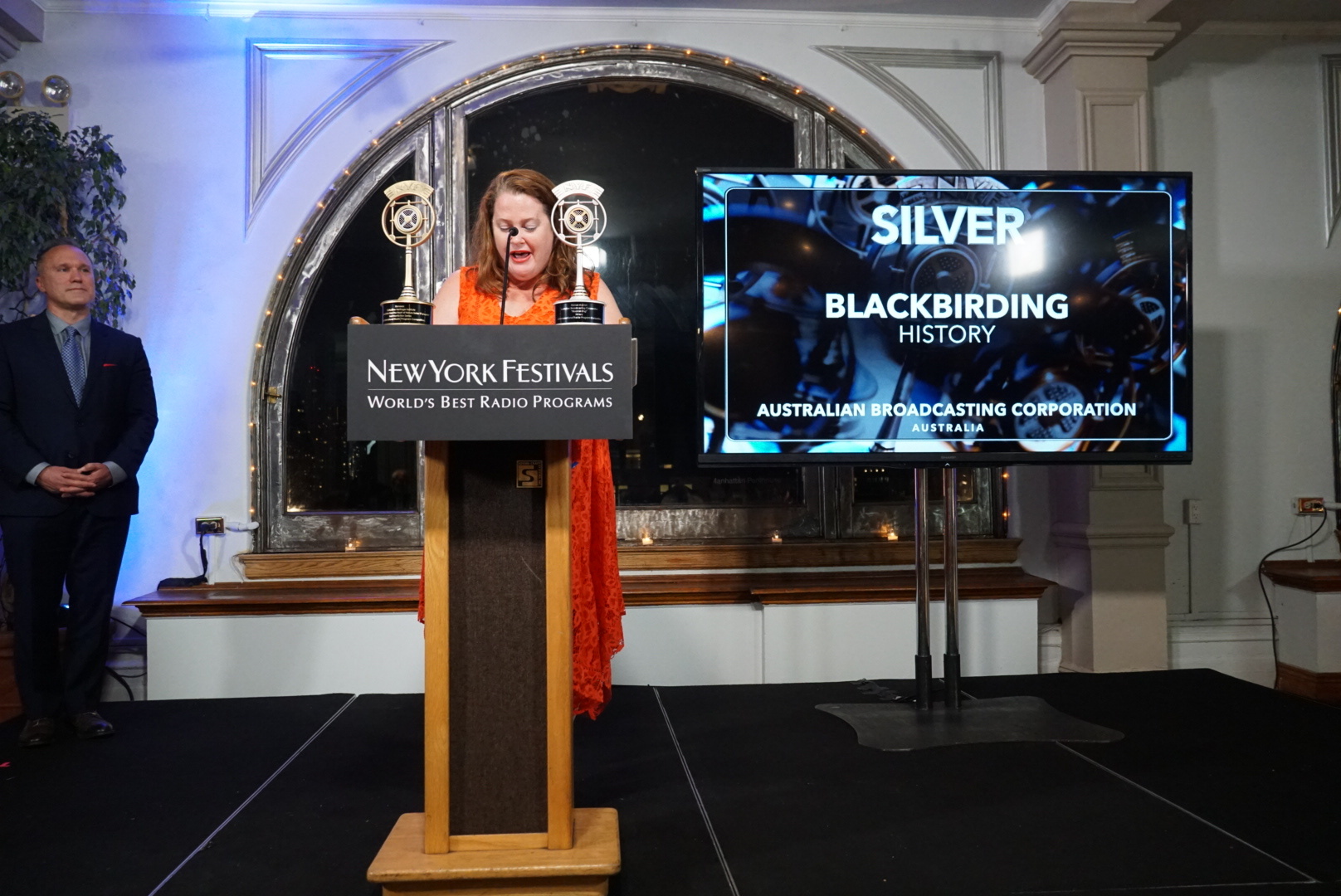 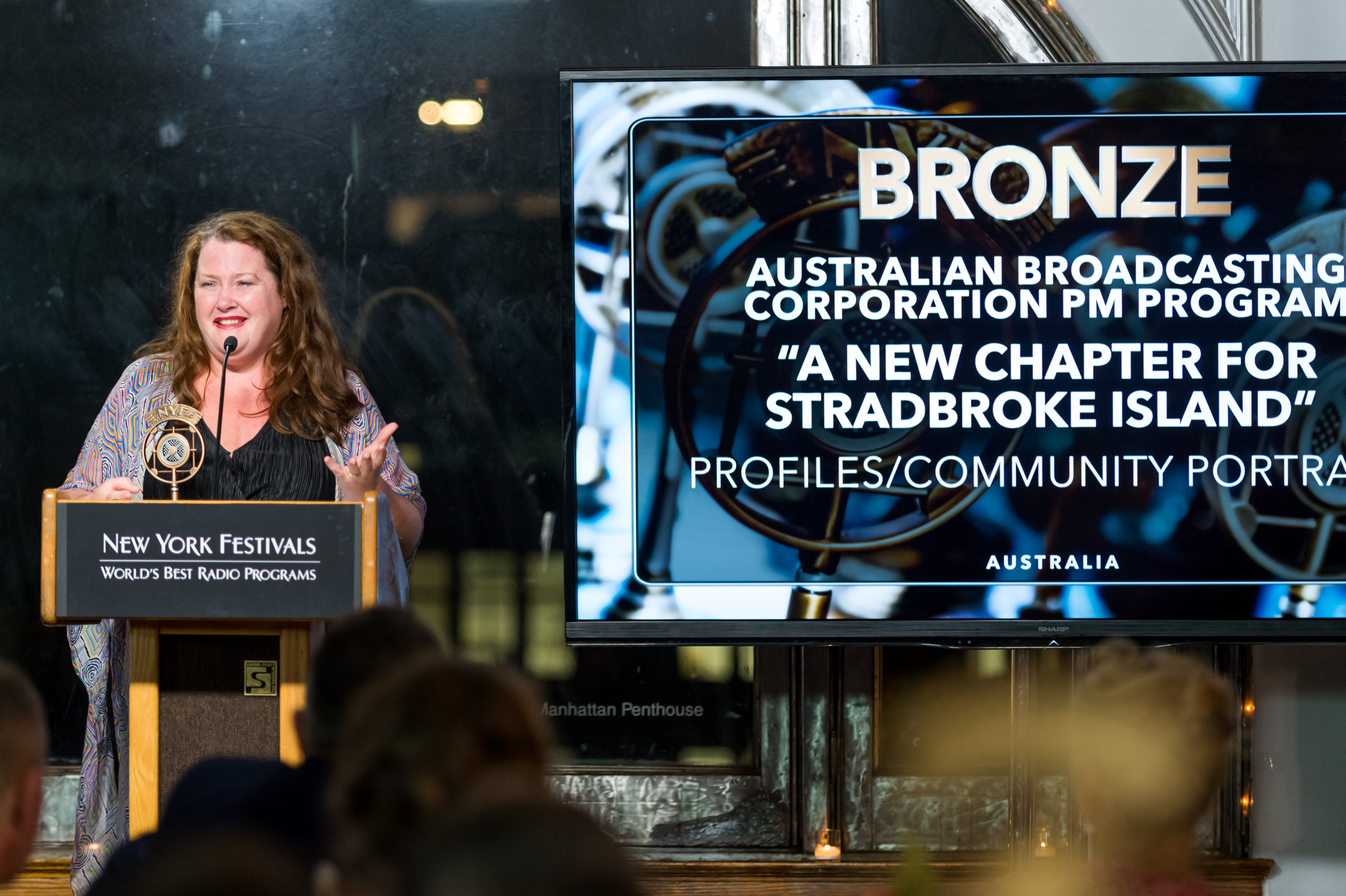 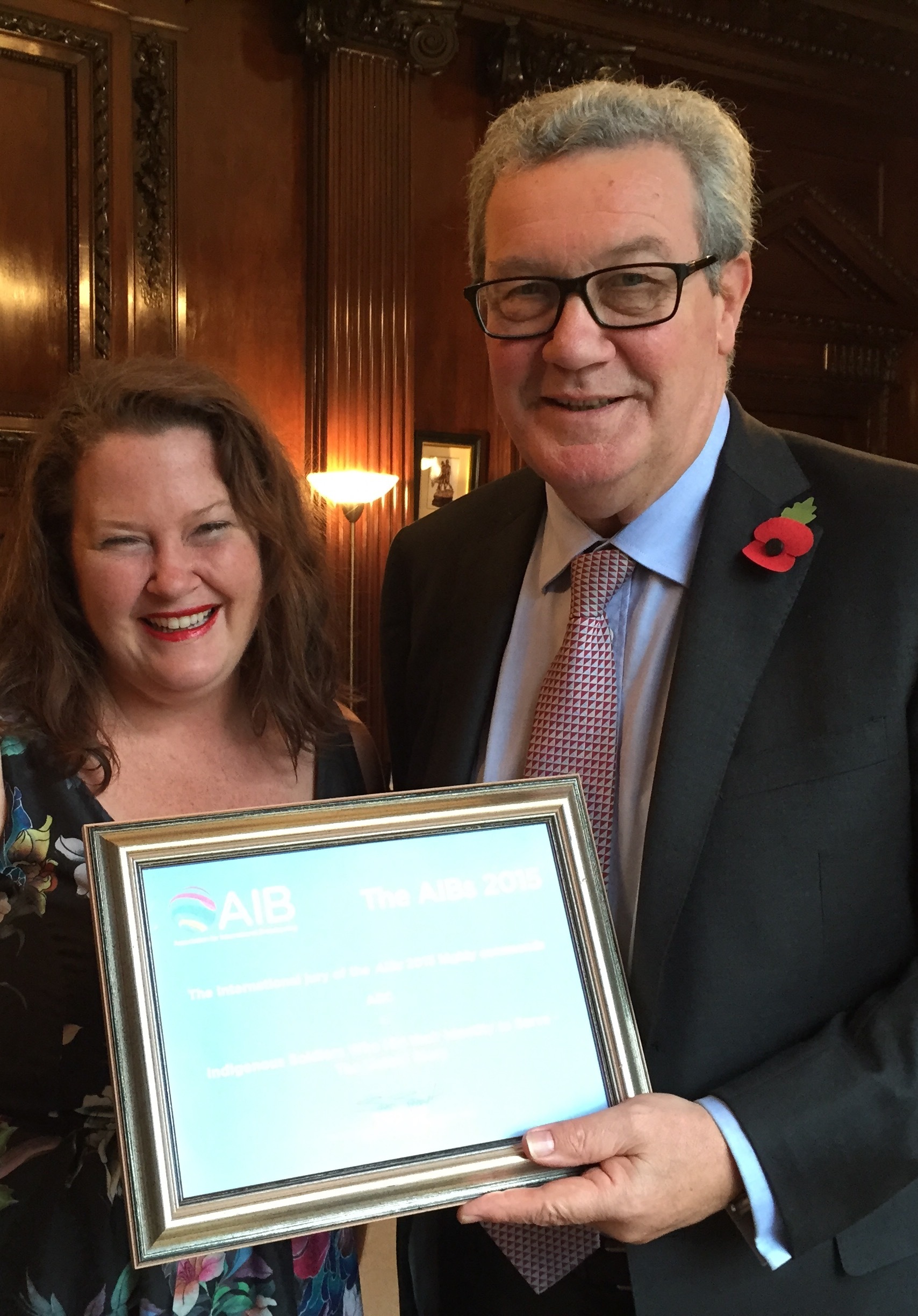 The Wandering Journo, Nance, is continuing to tell her stories and be a voice for those who are not being heard. Nance is getting back on the road to find those stories and people in her 1974 VW Kombi, ‘Mildred’. Mildred might be a little unreliable, break down frequently and spend a bit of time in the garage, but she is Nance’s wheels and work companion. Mildred is now her mobile studio where Nance records a lot of her voiceovers for her various podcasts. 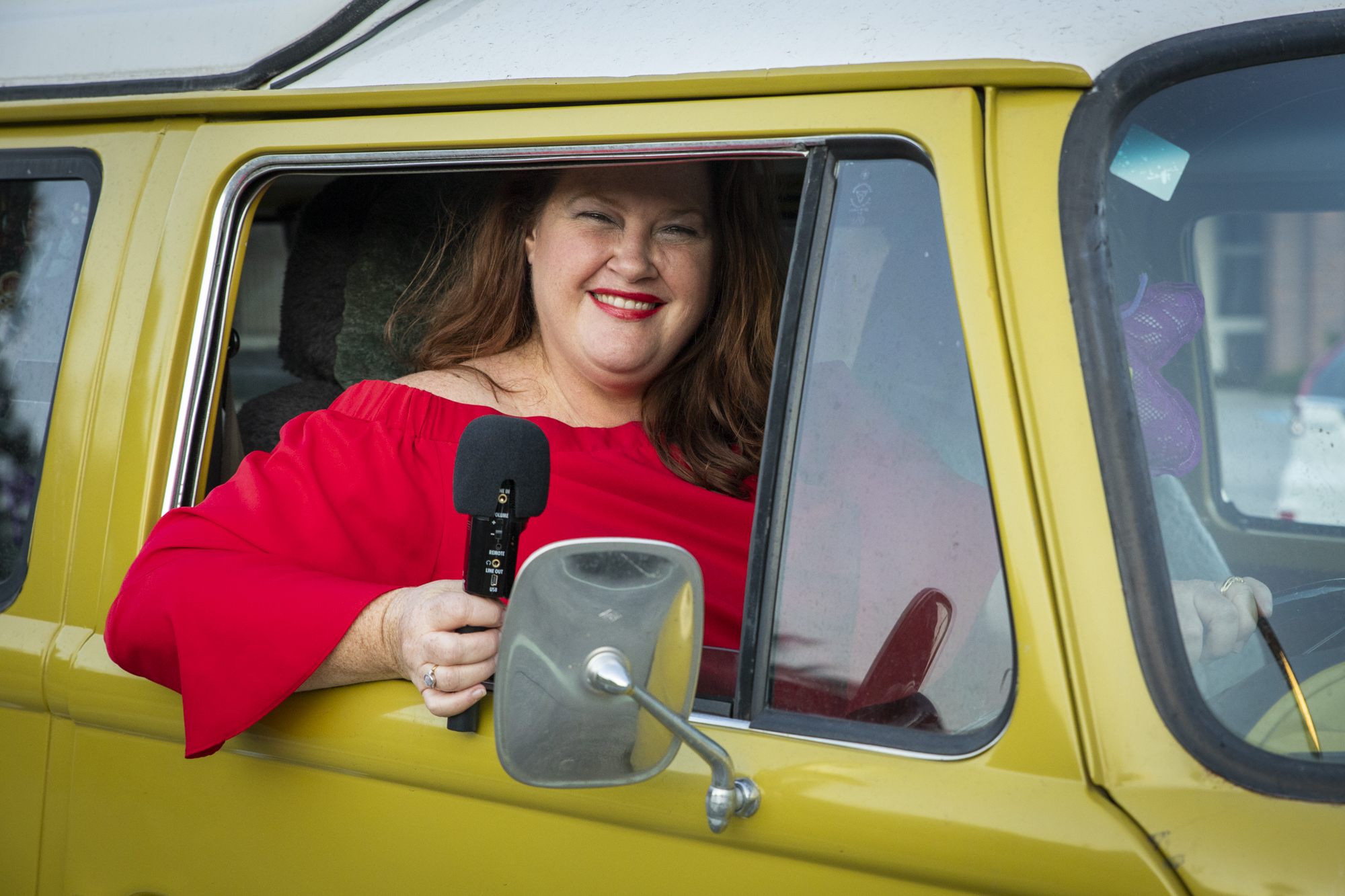 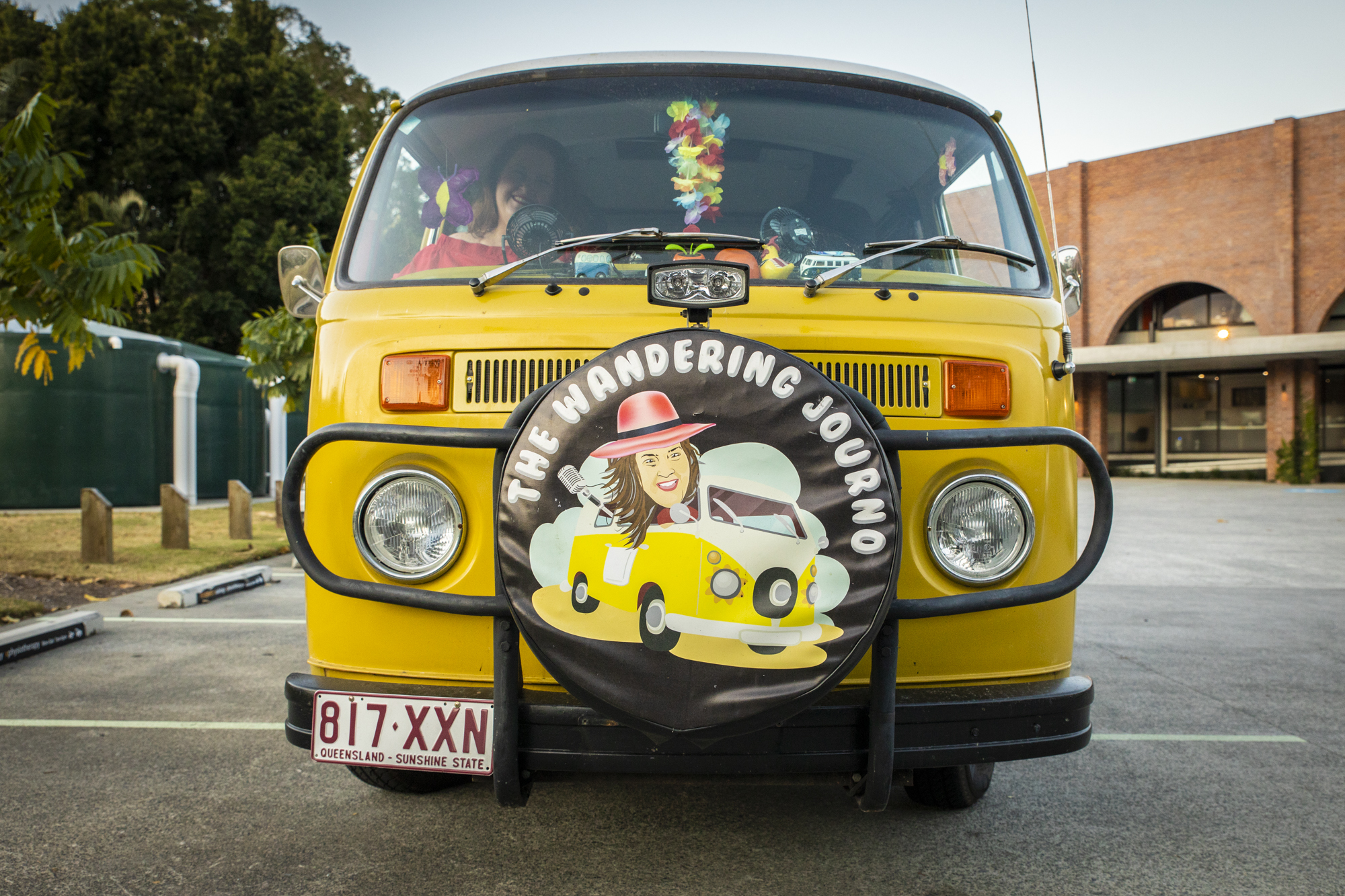 In true honest fashion, Nance is getting sick of looking at the four walls at home, having been restricted by COVID, so is itching to get out and meet new people and hear their stories. Nance is currently freelancing, working at Griffith University, completing her PHD and working on her podcast with her peers. Nance has interviewed about two dozen journalists for her podcast “Streets of Your Town – the Journo Project”, about best practice, another expression of social justice, and balancing the negative and positives that the media faces today.

Nance has a passion and love for people and telling their stories. Nance is starting to do audio recordings as well, as she feels that ‘there is an immediacy about hearing someone’s voice, it is underestimated, a voice is like a thumb print, it is yours and only yours. Some of the best stories told are from raw human emotion that comes from your voice.’

We are so lucky to have such a talented woman that we can call our ‘Somerville Sister’. If you have a story that has not been told or heard and you think it should be, Nance would love to hear from you.

Below are the links to Nance’s stories that have been mentioned above and her podcast ‘Streets of Your Town - The Journo Project’.