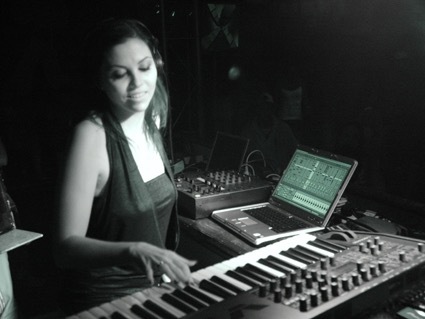 Rebecca (BeXta - her performance name) has enjoyed enormous success over the more than 20 years she has been producing music and performing.  Becoming the first Australian female Dance Music Producer and DJ has been just the start for this talented and determined Old Girl. She has more recently gained notoriety for the attention her PHD in neuroscience, auditory processing and autism at Queensland Brain Institute at the University of Queensland in Brisbane has received featuring zebrafish grooving to the beat of MC Hammer.

Rebecca recalls lots of great memories from her time at Somerville House including fun with friends on camps and swimming, especially at the GPS carnivals. She loved music and playing around with the synthesiser at the school. She also enjoyed the science facilities and completing science experiments. After highschool Rebecca went on to complete her Bachelor of Music in Music technology (sonology) at the Queensland Conservatorium of Music combining her two loves of music and science learning how to produce and engineer music. She fell in love with dance music and started producing music in her first year of the degree. Not long after she was doing live electronic music gigs and by the end of the year she was signed on to Sony. By the end of the degree she was touring nationally and had a few releases out.

When talking about her journey in the music industry, Rebecca thinks of herself as a musician and producer more than a DJ, but enjoys all of it. When she first started performing she was playing live, rather than DJing and had dancers and video production, later extending into DJing. While Rebecca was originally signed with Sony she later started her own record label "Mixology Digital" releasing her own artist album "Conversations with Ones and Zeroes" on her own label which peaked at number 8 on the ARIA independent album charts in 2004. Concurrently she started a DJ mix compilation CD series "Mixology", which started in 2000. She released 12 double CD/mixes in this series over the next 12 years, establishing herself as one of the great contributors to the Australian Dance music scene. During this time she was touring every week in up to 3 or 4 different cities every week and travelling internationally to countries including Canada, China, UK, Malaysia, New Zealand, New Caledonia and Indonesia. Touring and performing internationaly has been an incredible highlight for Rebecca who has also supported some of the major names in the business including Fat Boy Slim, Prodigy, Hadfloor, Paul Van Dyke, Underworld, Timo Maas, Alex Kidd, Carl Cox, Basement Jaxx and Showtek. 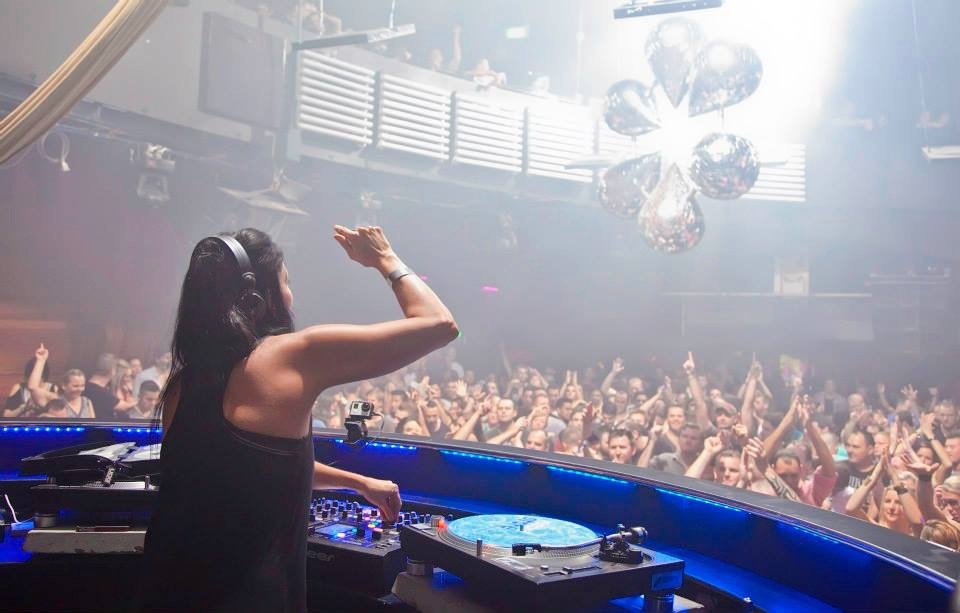 Rebecca is humble in her achievements of becoming Australia's first female dance music producer and DJ. Her success hasn't come without challenges. As one of only a few female DJ/producers she says "I had to overcome a lot of sterotypes around being a female in a male dominated industry. I wouldn't listen to anyone about this.  I didn't see myself as anything different to anyone else in the industry - male or female."  In 2012 Rebecca's son, Bowie, was born and while she had toured right up until the first week of her third trimester, this did present a challenge continuing her music career. "I found it really difficult to pick up my music career again - the two worlds were very different." "In saying that I still do a gig every month or so now. But when my son was two I decided to start studying again."

The transition back into study saw Rebecca achieve her Graduate Certificate in Autism Studies and Masters of Education and Professional Studies Research at Griffith University followed by the opportunity to apply for a PHD Scholarship. "I have always been passionate about neuroscience, and a PhD Scholarship opportunity came up that was about auditory processing and it's relevance to Autism. This was fascinating to me." Rebecca is currently in her 4th and final year. Her research involves investigation into identification of a baseline for auditory processing in larval zebrafish which can be used as a model to look at differences in auditory processing in the autism models of zebrafish that are in the lab. Rebecca designed a speaker system for zebrafish larvae to adhere to the chamber the larvae are in so that the sound is accurately received by the larvae overcoming the barriers of underwater acoustics. She discovered that their hearing is considerably better than originally thought. By combining the new speaker system with whole-brain calcium imaging she could evaluate the responses of individual auditory-responsive neurons across the brains of zebrafish larvae. Results from one of her studies suggest a more nuanced auditory system than has previously been described in larval fish and provide insights into how a young animal's auditory system can function acutely and serve as the scaffold for a more complex adult system.  Please see abstracts and links provided below for further information on the research.

It was this research that resulted in recent media attention with Rebecca sharing on twitter the zebrafish jamming to MC Hammer's tune "U Can't Touch This" (see below link) which MC Hammer then re-tweeted with a link to Rebecca's research. It's quite a visual specticle to see how the zebrafish larvae brains light up to the catchy tune.  Hopefully the additional exposure helps to shine a light on the research and ultimately assists in answering fundamental questions Rebecca has about how zebrafish process sound and auditory processing in models of zebrafish with altered genes strongly linked to austism to helpi to unlock more information about autism in humans.

Link to the Hammertime clip with zebrafish HT-once.mp4

When asked about her future goals Rebecca is staying on course with her two big loves "My first hope is to finish my PhD. It is such a wonderful, complex, but challenging journey. I am hoping to continue doing research into auditory processing and autism, while producing music and doing a gig or two here and there!" Congratulations Rebecca (BeXta) Poulsen on your amazing achievements and devotion to your passions - and Inpsirational Old Girl.

We love hearing about the different journeys our Old Girls have - Help us stay up to date with Old Girl news at connect@somervillehouseoga.com.au.

Loss or disrupted expression of the FMR1 gene causes fragile X syndrome (FXS), the most common monogenetic form of autism in humans. Although disruptions in sensory processing are core traits of FXS and autism, the neural underpinnings of these phenotypes are poorly understood. Using calcium imaging to record from the entire brain at cellular resolution, we investigated neuronal responses to visual and auditory stimuli in larval zebrafish, using fmr1 mutants to model FXS. The purpose of this study was to model the alterations of sensory networks, brain-wide and at cellular resolution, that underlie the sensory aspects of FXS and autism.

Combining functional analyses with the neurons’ anatomical positions, we found that fmr1−/− animals have normal responses to visual motion. However, there were several alterations in the auditory processing of fmr1−/− animals. Auditory responses were more plentiful in hindbrain structures and in the thalamus. The thalamus, torus semicircularis, and tegmentum had clusters of neurons that responded more strongly to auditory stimuli in fmr1−/− animals. Functional connectivity networks showed more inter-regional connectivity at lower sound intensities (a − 3 to − 6 dB shift) in fmr1−/− larvae compared to wild type. Finally, the decoding capacities of specific components of the ascending auditory pathway were altered: the octavolateralis nucleus within the hindbrain had significantly stronger decoding of auditory amplitude while the telencephalon had weaker decoding in fmr1−/− mutants.

We demonstrated that fmr1−/− larvae are hypersensitive to sound, with a 3–6 dB shift in sensitivity, and identified four sub-cortical brain regions with more plentiful responses and/or greater response strengths to auditory stimuli. We also constructed an experimentally supported model of how auditory information may be processed brain-wide in fmr1−/− larvae. Our model suggests that the early ascending auditory pathway transmits more auditory information, with less filtering and modulation, in this model of FXS.