Somerville House and the OGA remember and honour those who have served. We share the Somerville House Facebook post highlighting Old Girl Eunice Paten M.B.E. A.R.R.C.F.C.N.A. (Class of 1904), one of the first four Queensland Nurses selected for the Australian Army Nursing Service, serving in WWI and WWII (https://www.facebook.com/SomervilleHouse/). 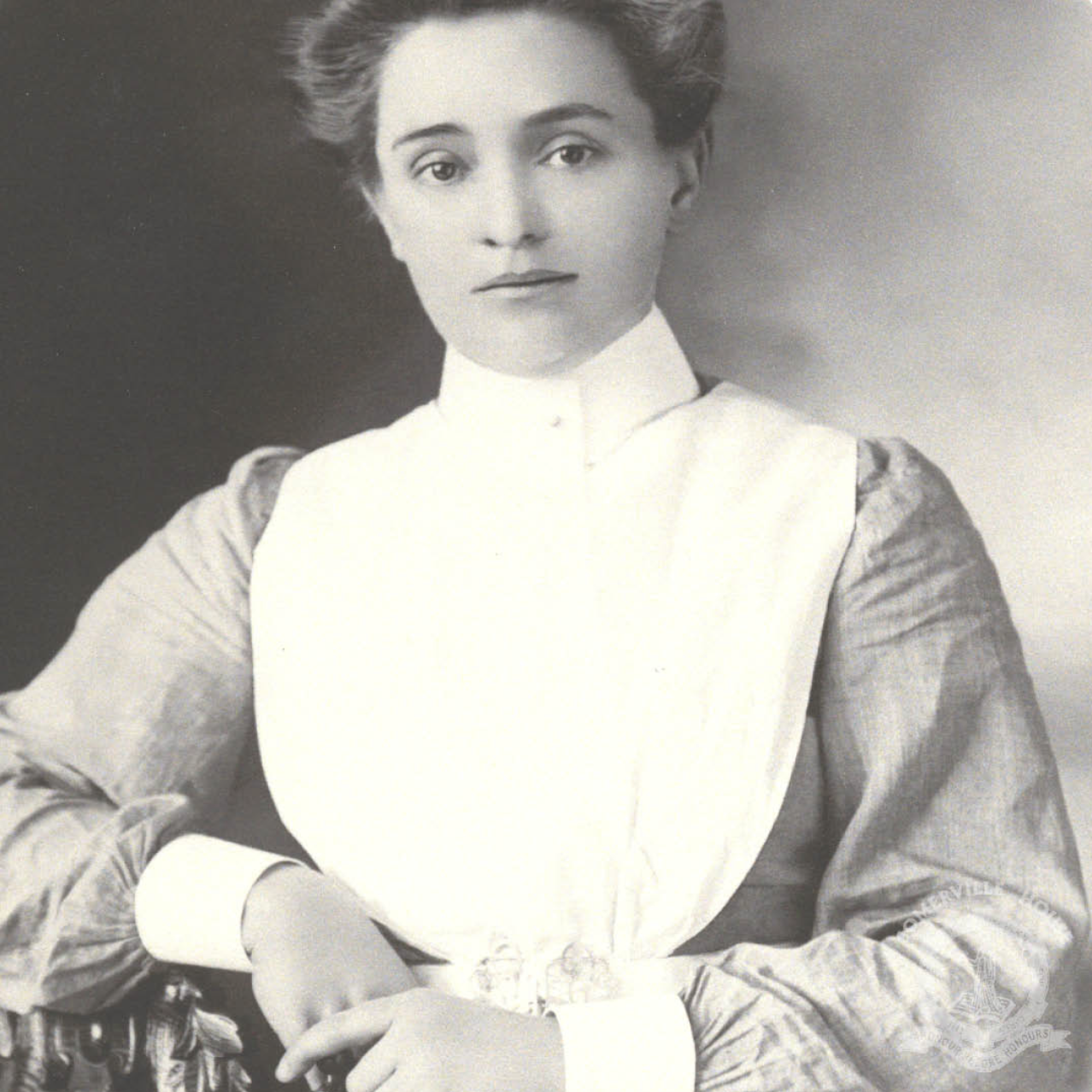 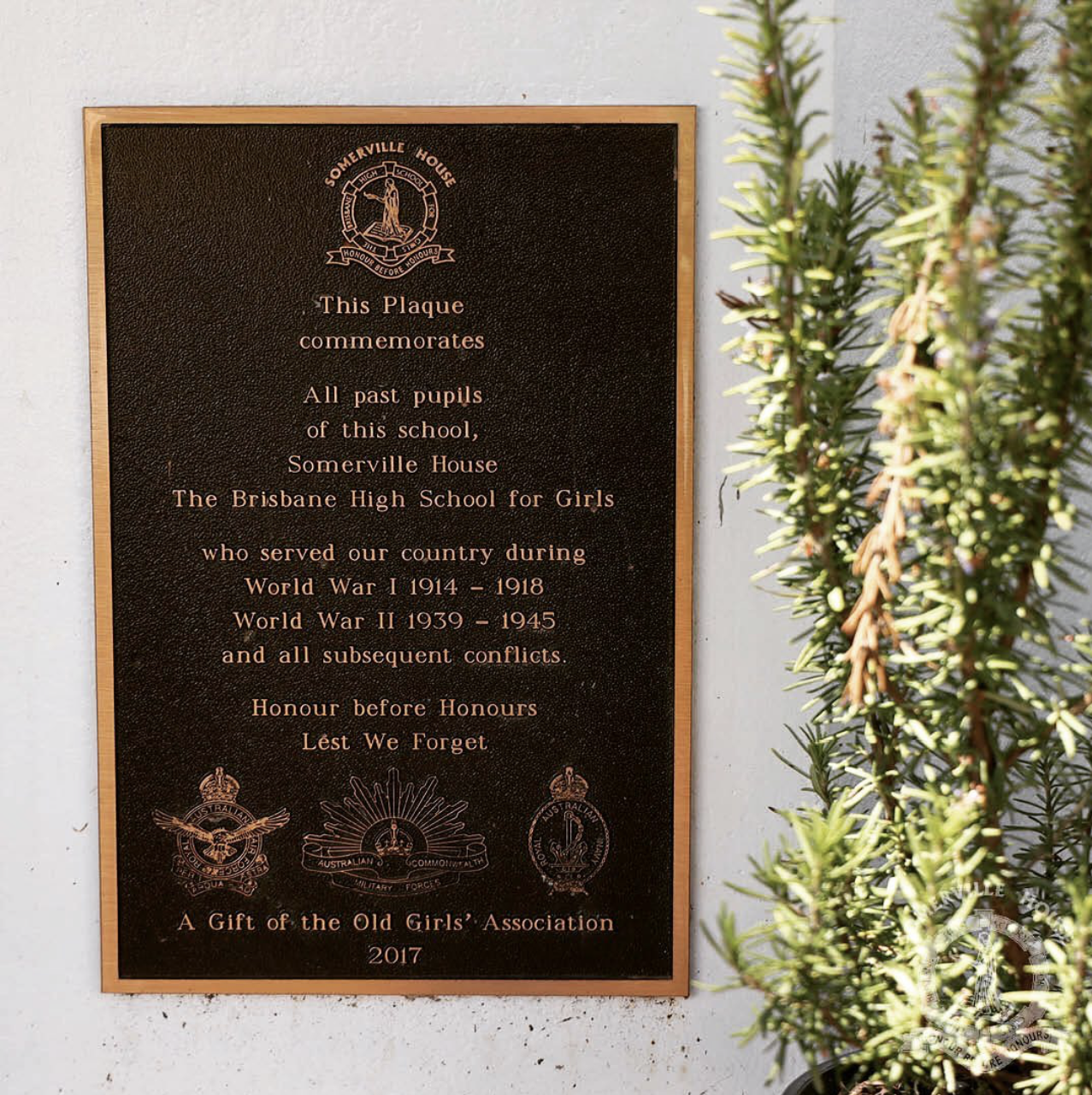 Eunice "was also one of the first thirty day students at Somerville House. After treating the wounded from Gallipoli, Eunice served in England and France as a Senior Sister in charge of forty-five sisters and nurses. Her duty acknowledged at the end of the war with the Royal Red Cross (2nd class). Upon returning to Australia, Eunice and a friend established a private hospital on Gregory Terrace, which she decided to close when her mother died. Having maintained her military service in the army reserve, she re-enlisted to serve in WWII at fifty-seven years old. In 1959 she was awarded an M.B.E (Order of the British Empire)."

"Eunice is remembered as an indomitable but kind woman with a good sense of humour. The generations of Somerville women who came after her continue to be inspired by her courage and accomplishments".

This year has seen the ability to once again attend in person services for Anzac Day.  Somerville House Principal Kim Kiepe and the Cantrice Choir attended the Greenslopes Private Hospital Anzac Day Dawn Service. Kim Kiepe laid a wreath and the Cantrice Choir sang "In Flanders Field" then lead the service in singing the hymn "Abide With Me" in addition to the New Zealand and Australian National anthems. 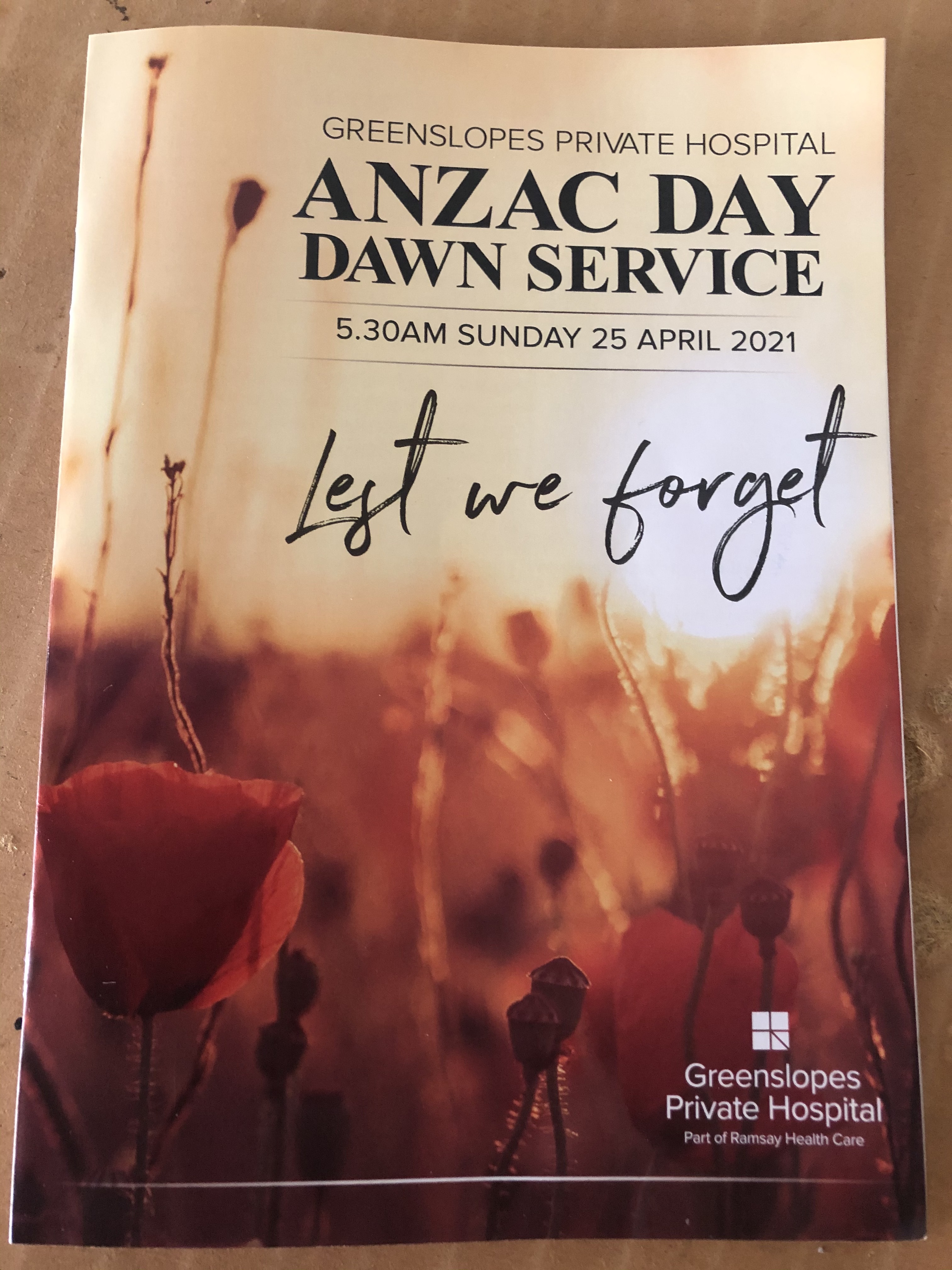 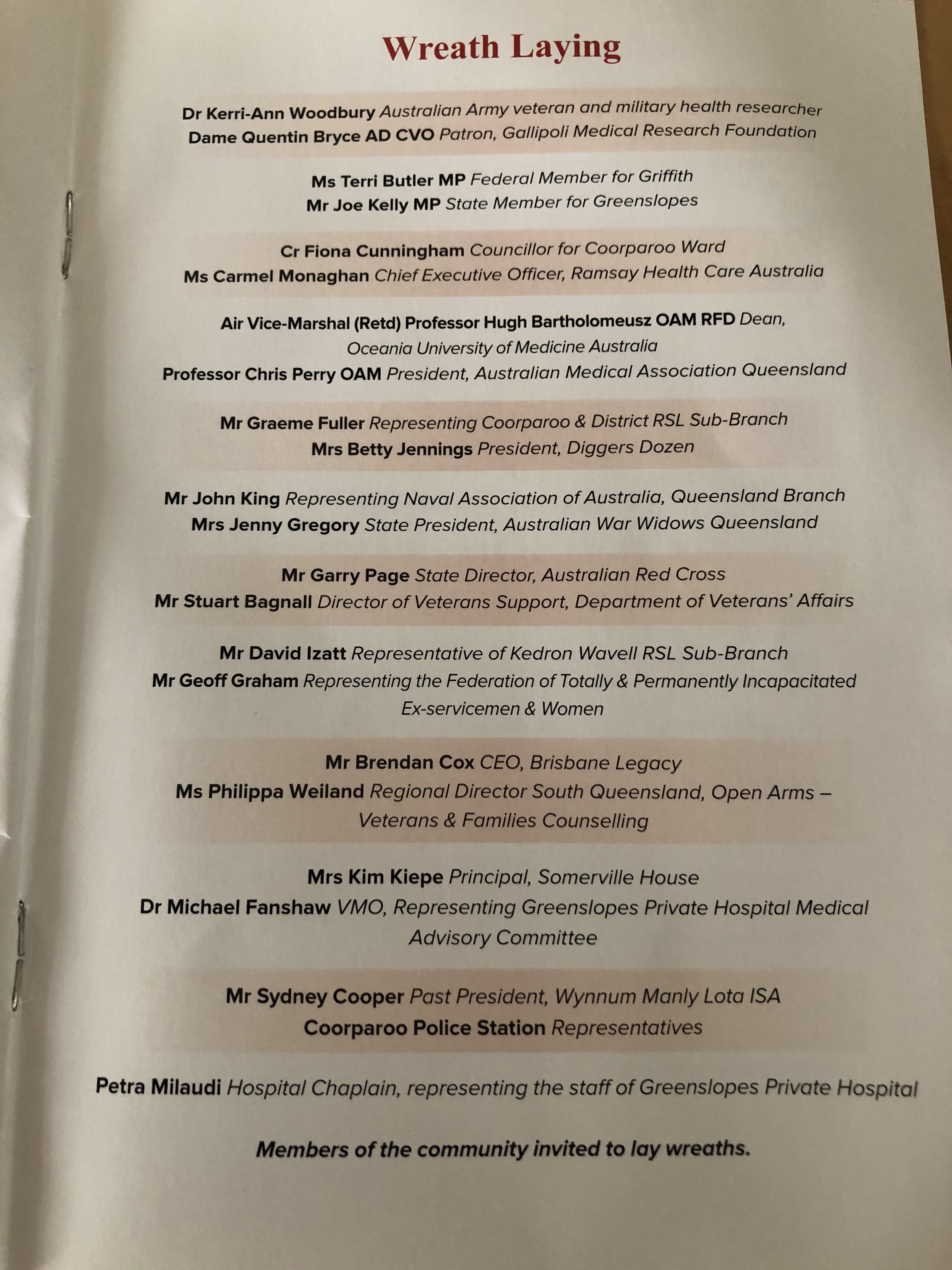 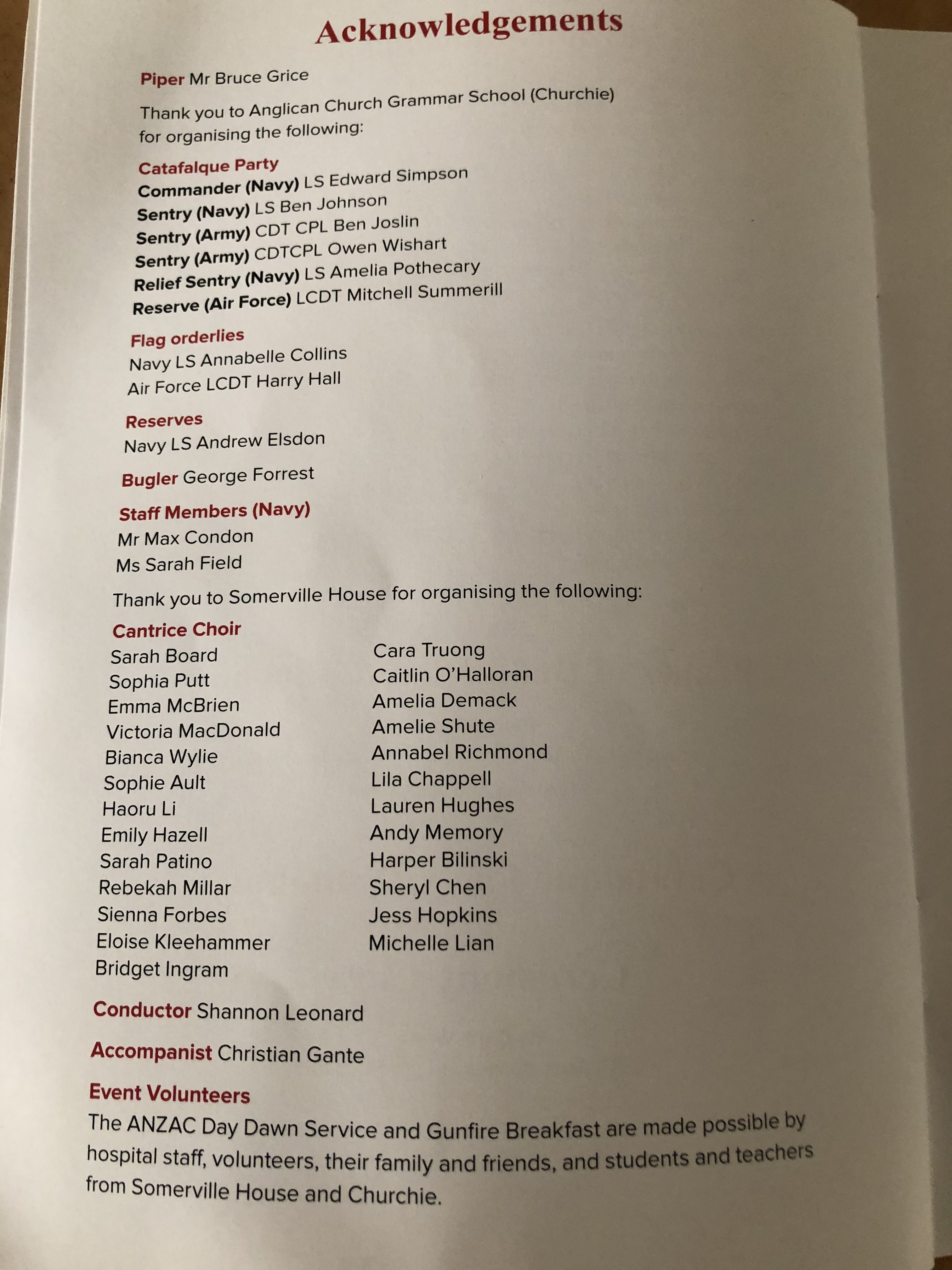 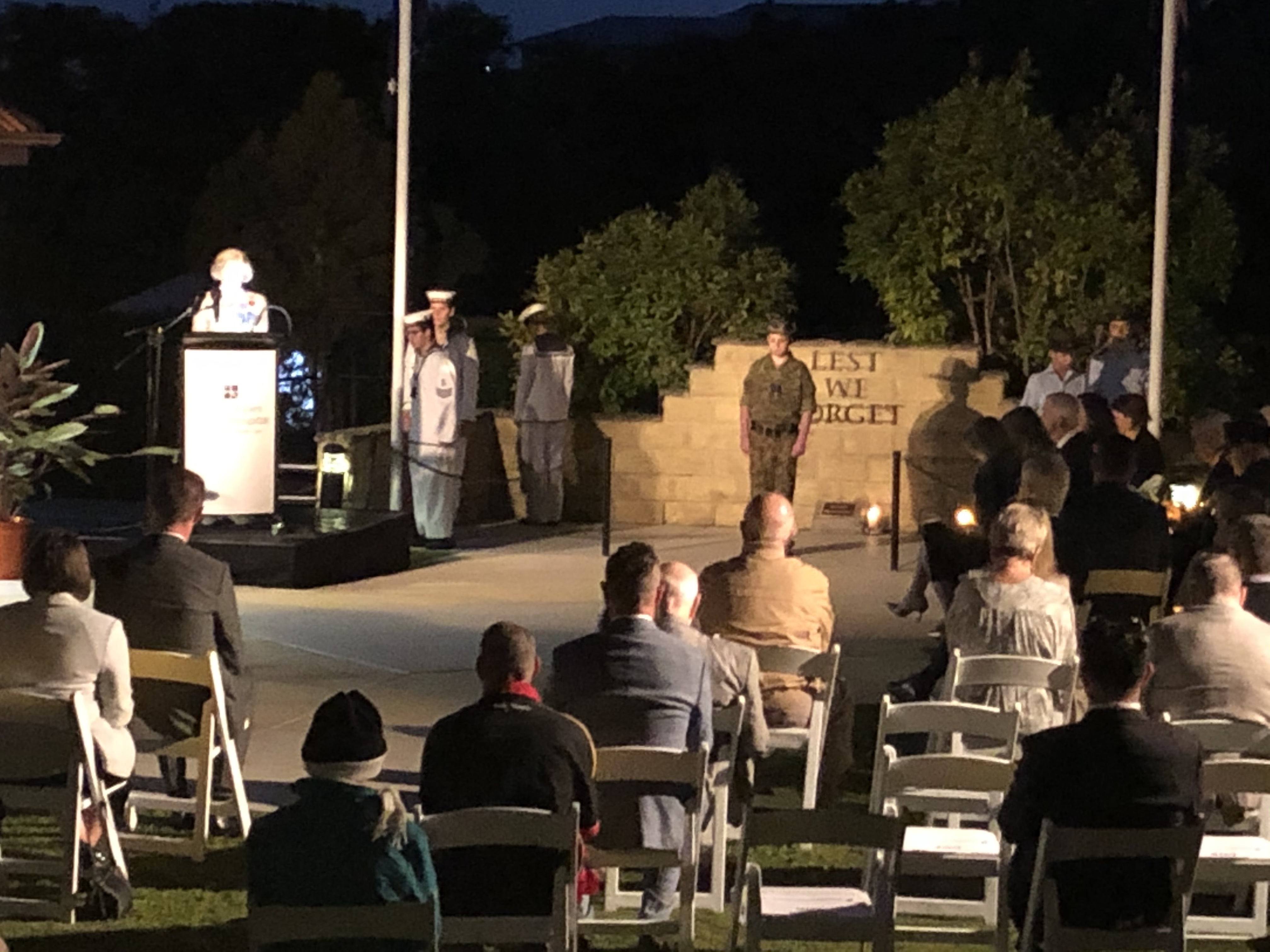 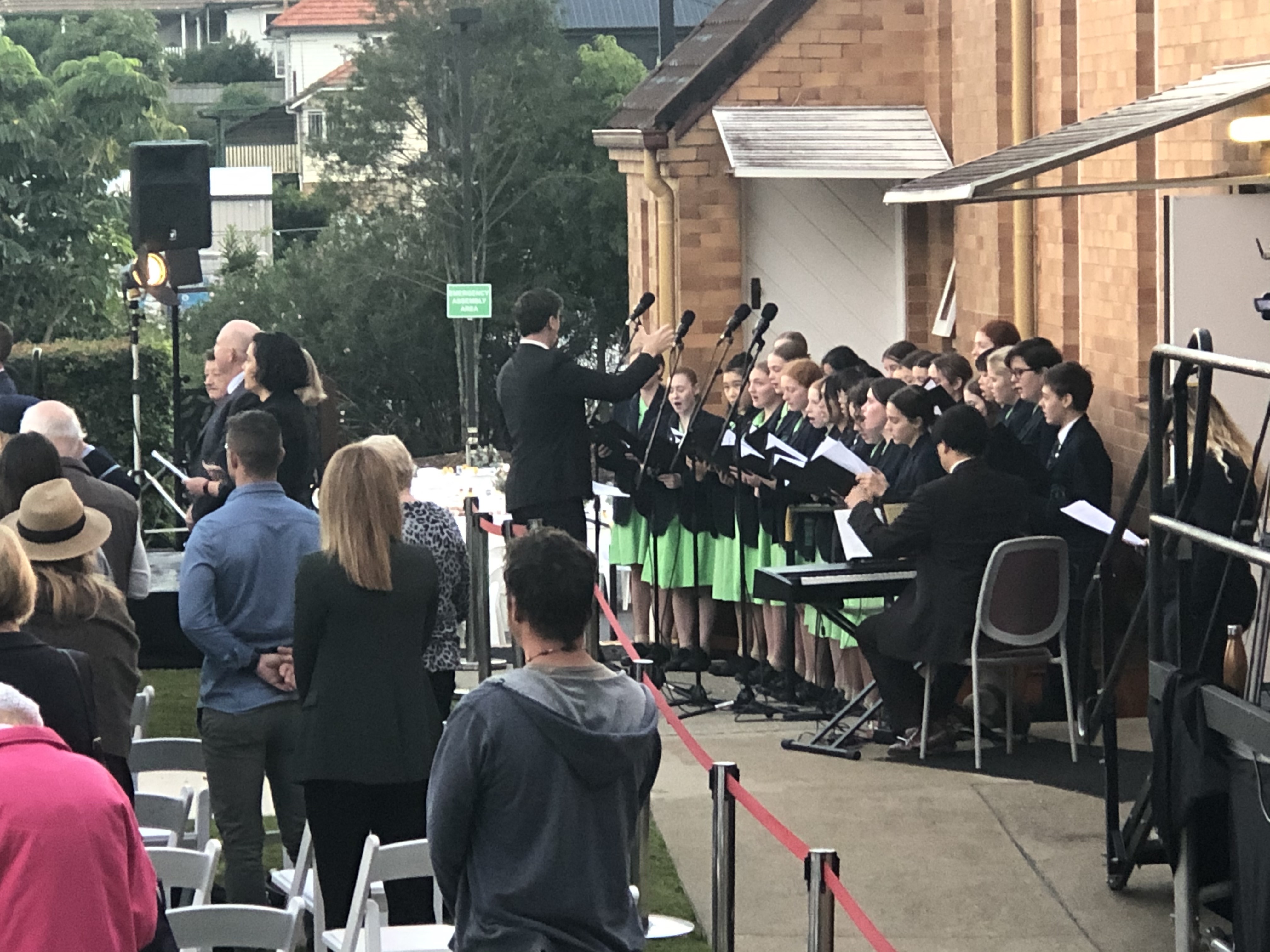