The Honourable Justice Anthe Philippides (Class of 1976) was recently celebrated at the Somerville House Commemoration Day for her significant accomplishments in law and justice.

Anthe is a long standing advocate for diversity and inclusion in the law, and following her recent retirement from the Court of Appeal, it was an appropriate moment for the School to formally recognise her service to the community over the past 21 years.

As the first woman of Hellenic heritage to be admitted as a barrister in Queensland in 1984 and to attain silk in Australia in 1999, Anthe was appointed a Judge of the Supreme Court of Queensland in December 2000 and a Judge of the Court of Appeal in December 2014. Her appointment to the Supreme Court was a historical first for Australia, as the first Australian woman on immigrant parents to achieve this honour. 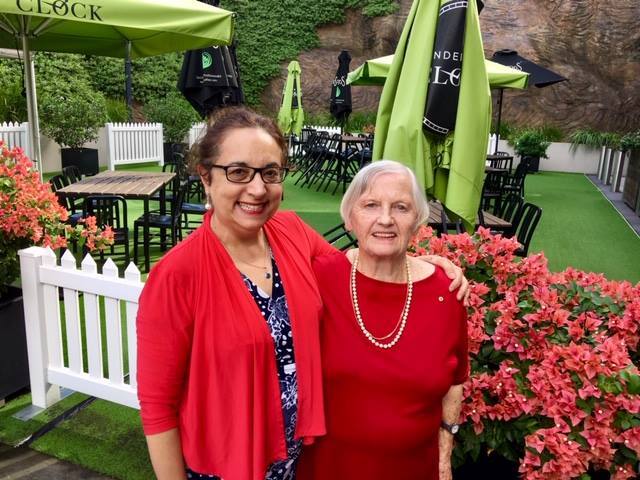 Anthe has been a judge of the Supreme Court for over 19 years.  She graduated from UQ with a BA and LLB, receiving the University Medal in Law, and from Cambridge University with a LLM.  Over her career, she achieved many firsts.  She was the first woman of non-Anglo Celtic background to become a barrister in Queensland and to be appointed a Senior Counsel in Australia.  She was also the first woman to be elected President of the Maritime Law Association of Australia and New Zealand. Her appointment to the Supreme Court in 2000, and subsequently to the Queensland Court of Appeal in 2014, marked the first appointments of a woman of immigrant parents to a superior court and to an appellate court in Australia.

In 2017, Anthe founded the Music and the Arts Circle, providing access to the arts and social support to indigenous law students and young professionals. More recently, she established the first Cambridge Australia Scholarship in Queensland for post graduate study in law.

At the 2021 Somerville House Commemoration Day, Principal Kim Kiepe announced Anthe as the inaugural recipient of the 2021 Old Girl of The Year Award.

Anthe (pictured right, with Naida Haxton AO, class of 1959) is the Queensland Patron of the Hellenic Australian Lawyers Association and is also a patron of The Legal Forecast - Creative and of the Law Orchestra Queensland. We are proud to count her among the OGA membership and congratulate her on a lifetime of service to her profession and the wider community.